Renaturing Our Habitats and the Biodiversity

Extracts from the past

Can we do better?

Pockets of Noise/Nature of Sound

The boundary between man-made and nature

Products of time – Humans and materials

How Pollution Affects Our Habitat

The Princess, The Fall Guy and The Barras

The Pigeon Detectives – The Discomfort of Consumerism

Cracks of the city

‘An Underwater Glasgow’ by Group

How do you see Glasgow?

A journey through sound

The contradiction between industry and Nature

Human negative impact on other species

A Section of the M8

With or Without a Habitat: The Rhythm of Day and Night

The Anthropocene: A 1st and Last Story for ‘Young Children’ 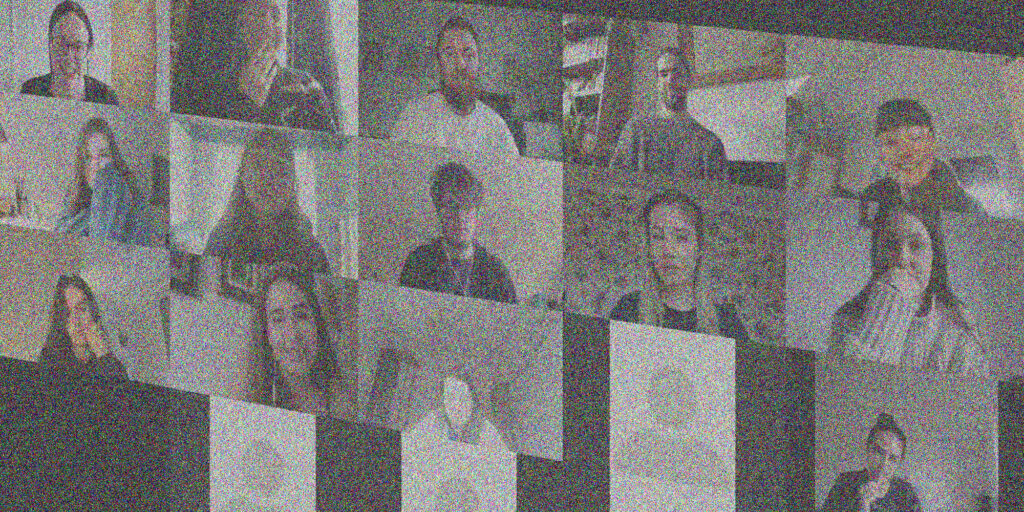 Students identified two waste materials from everyday life, one natural and one constructed. They created an illustrated biography for each material, including place of birth, method of creation, material characteristics, etc. They then selected one material to celebrate by using the material in a new and surprising way to make or propose a new use.

Students were invited to research making techniques to highlight the qualities of the material both in form and use, and to consider how much human intervention should control the final outcome and how much the material or other non-human factors might affect it. 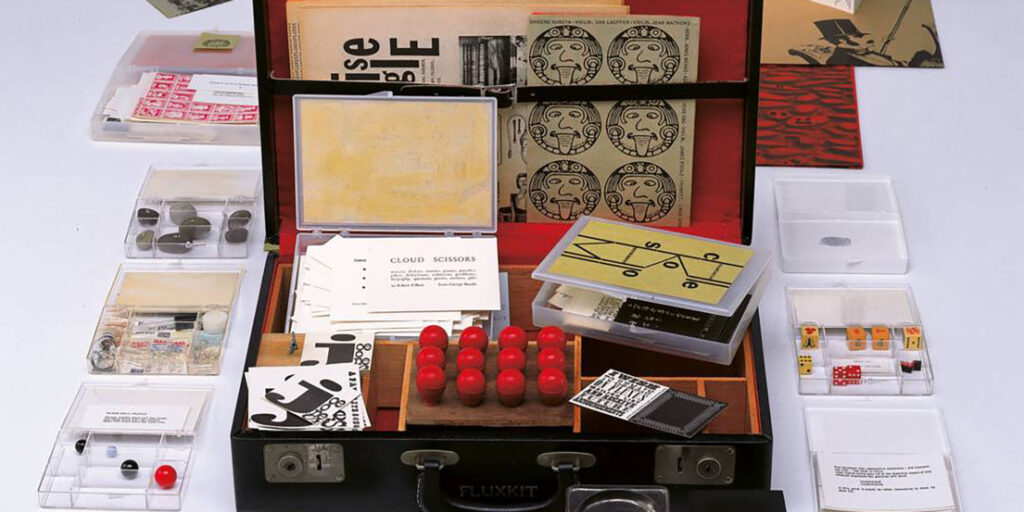 What does it mean to be human? What is non-human? What is your relationship to nature? The International Foundation students exploredwhat it means to encounter the Anthropocene and how this connects to being human as the starting point for their project. They used their research as inspiration to design and make a ‘Kit’, inspired by ‘Flux-Kits’, devised by the avant-garde art movement from the 60’s, Fluxus. These ‘Kits’ presented their ideas and responses to these questions and their understanding of the relationship to the Anthropocene. 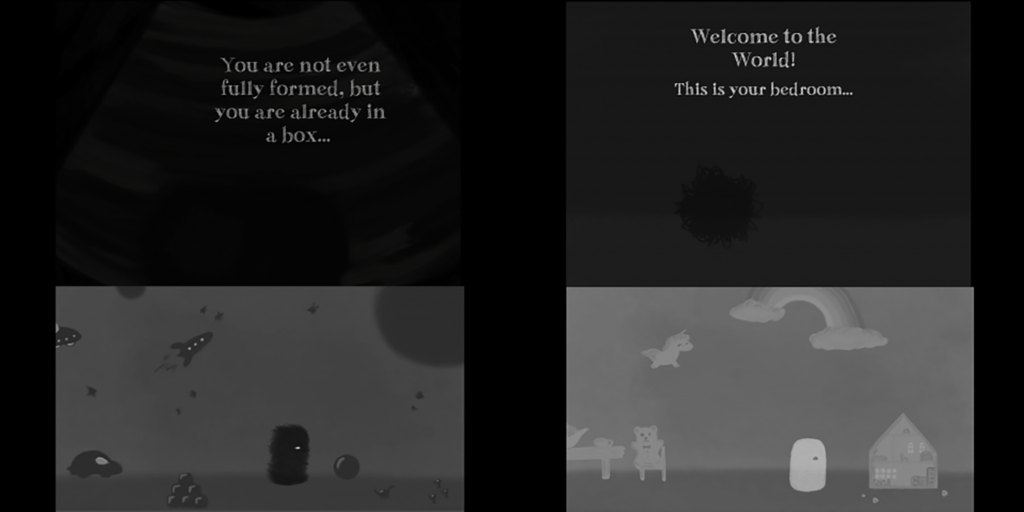 When considering how humans have shaped the planet SimVis finds itself in a place of reflection. Simulation and Visualisation has the potential to create immersive virtual environments for the interactive exploration of solutions to human impact and through this the means to support a wider debate.

Although digital practice is seemingly environmentally friendly (efficient, remote collaboration leaving a small physical footprint) the entire industry relies on the exploitation of rare materials and a global distribution network for equipment. Students used research into the Anthropocene to develop interactive imagery that evolves based on the user’s interaction with it. 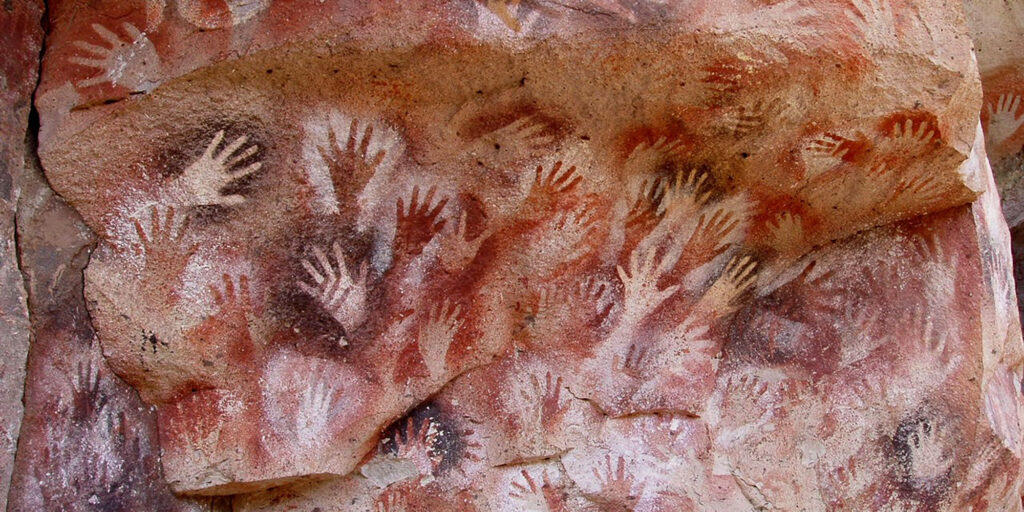 Students were asked to identify an aspect of human behaviour which they recognise as detrimental to the health of the planet and develop a design ‘intervention’ in response. Rather than seeking to ‘fix’ this behaviour students responded to identified underlying causes to develop new approaches that are not only beneficial but desirable.

Students explored their chosen ‘bad behaviour’ from multiple perspectives and developed speculative design interventions that tackled the issue in different ways. Here we see the outcomes presented as snapshots of scenarios in which the designed response is a central ‘prop’ within a narrative tableau. 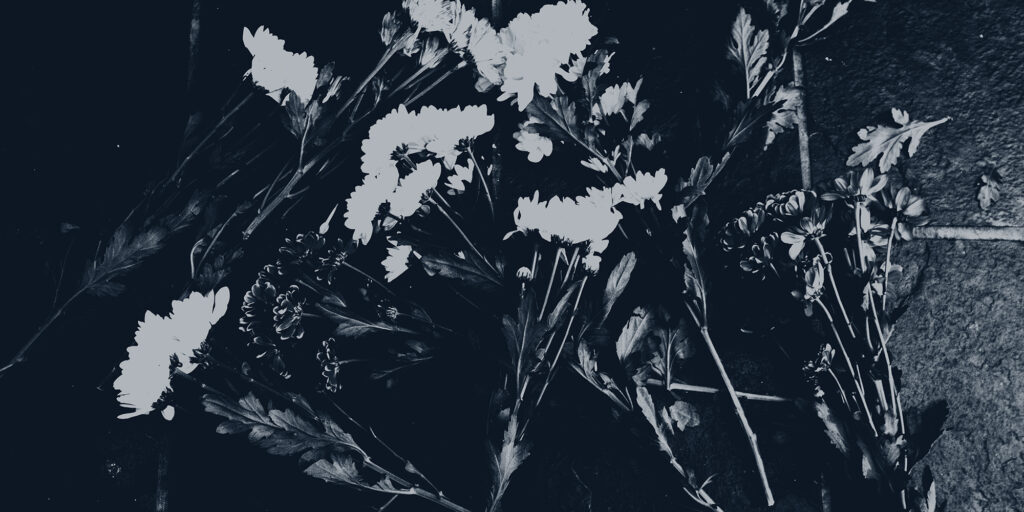 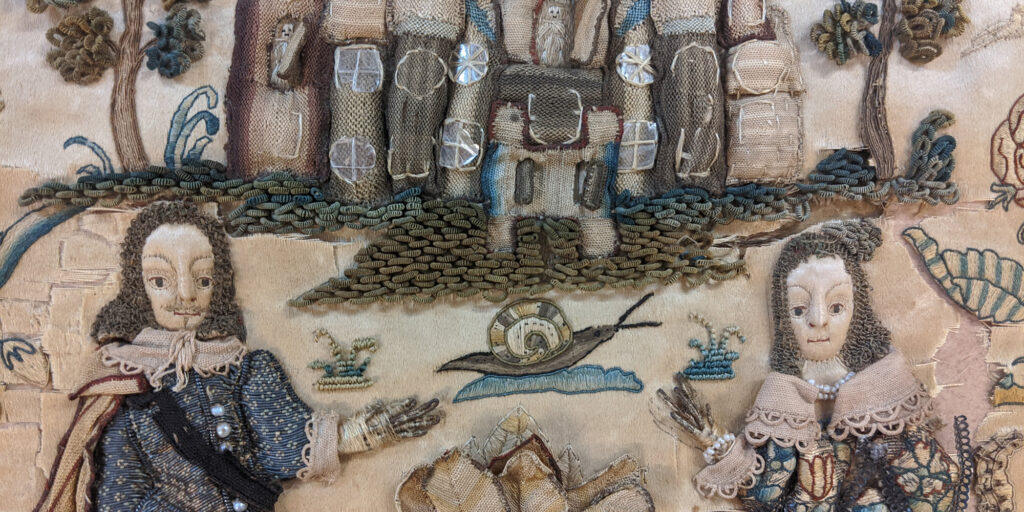 Textiles students were introduced to the idea of ‘responsible design’ through a series of questions to help them work out what is important to them, and how their work might contribute to social and environmental change.  They explored the potential of waste materials to develop design ideas and visualised these in context. 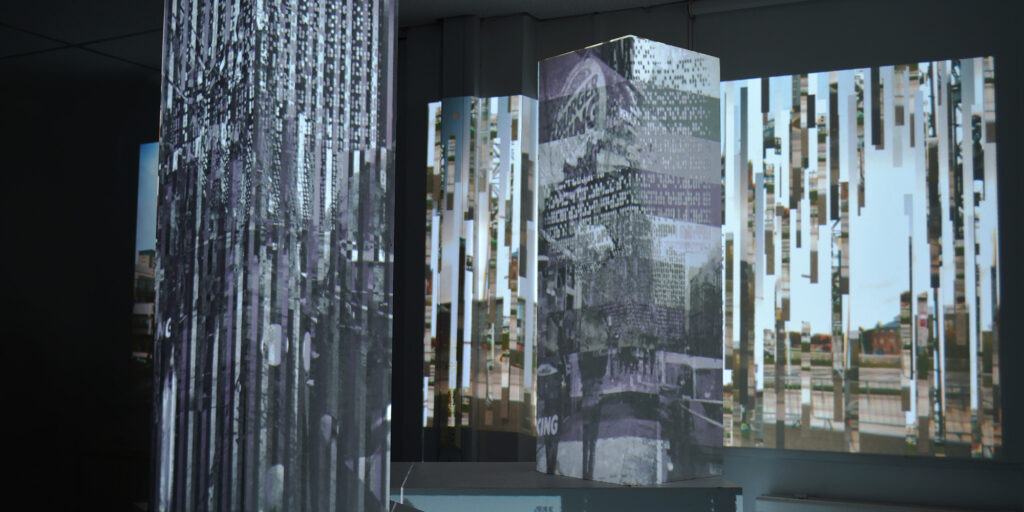 Interaction designers looked at the traces our environment creates; be it in a natural, urban or cultural landscape. They did this by exploring physical mark-making methods in tandem with computer-related techniques to create meaningful visual sequences. Students were introduced to analogue (non-digital) methods of mark-making, creating textures and visuals with hand processes, that formed the foundation of their visual imagery. Alongside this they learned how computers can be used to drive mark-making outcomes as well as being a tool for displaying such visuals in interesting, conceptual ways. 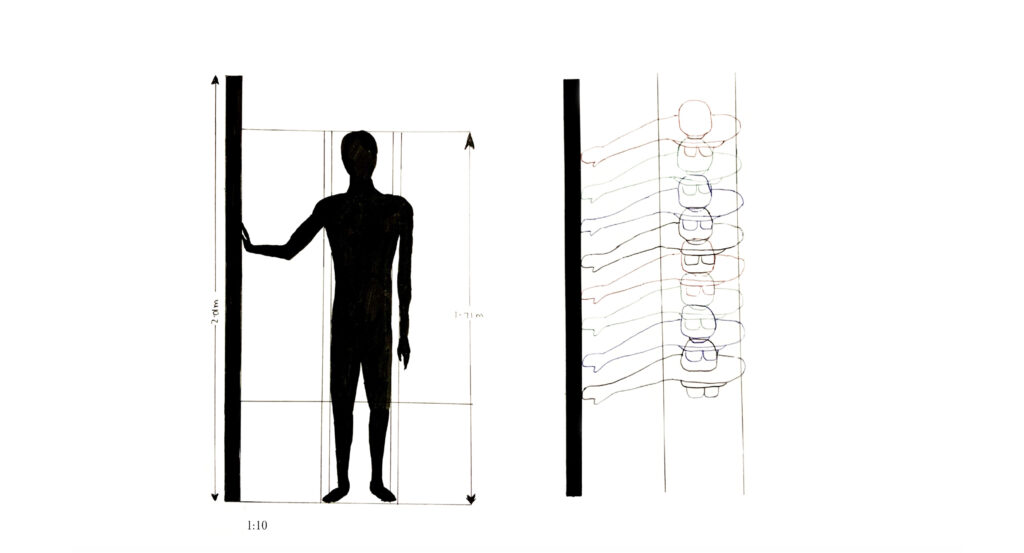 The theme of Being Human was used to examine the question of being an architect in the era of the Anthropocene. Given this critical and urgent context what should the role of an architect be in helping create a better world? What type of impact do we make when it comes to our built environment? How might we understand and address the challenges of climate and ecological emergencies? By researching buildings from around the globe and building climate literacy skills, students presented views and ideas about what it means to be an architect in the era of the Anthropocene. 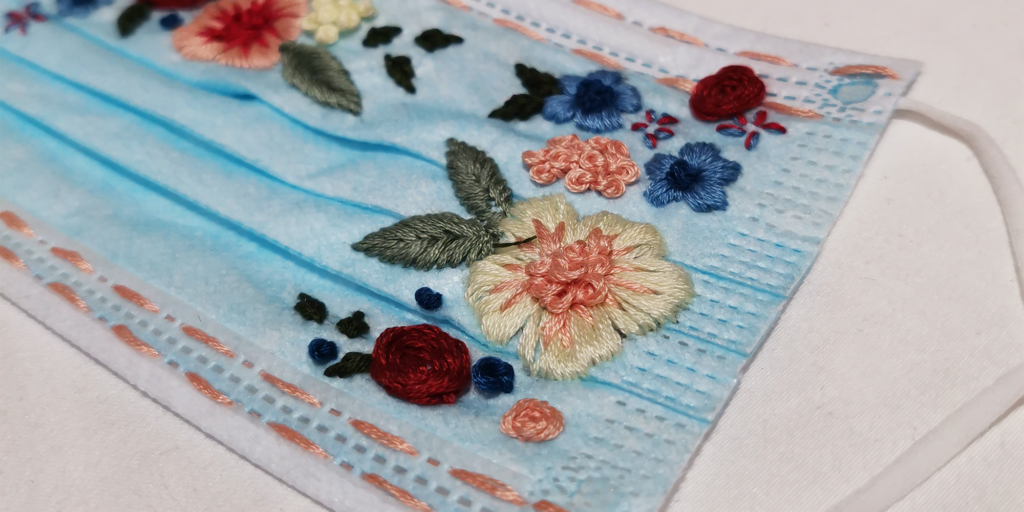 This project placed environmental and socially responsible thinking at the heart of what students do. Students were asked to re-appropriate and find new purposes for waste material. Students researched historical and contemporary sources of artists and designers who work with discarded and found objects and matter and identified work where ordinary materials had been transformed and given a new definition. Students were then invited to make an artefact from found materials and to create an artefact based on the process of transforming a waste material by giving it a new purpose and value. 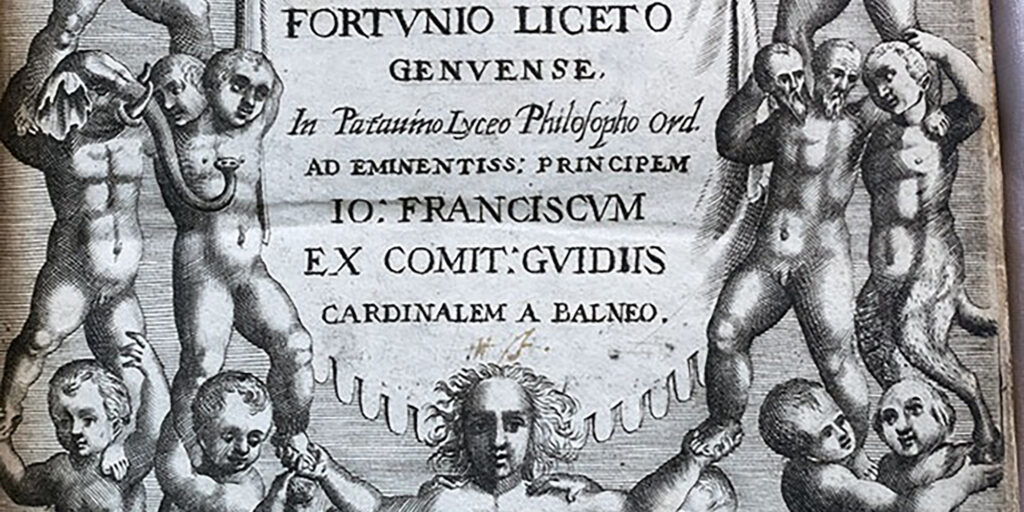 The scale of the climate emergency goes far beyond ourselves as individuals, it is a crisis for all of humanity. It is not a crisis any individual can solve, but designers can play their part. Fashion students were asked to consider how their work might contribute to social and environmental change and responsible design. In response to the scale of textile waste produced by both consumers and industry they were tasked with creating a “highly desirable” repurposed garment. This project asks students to personally address the climate emergency by gathering worn garments, otherwise destined for landfill, and save them! 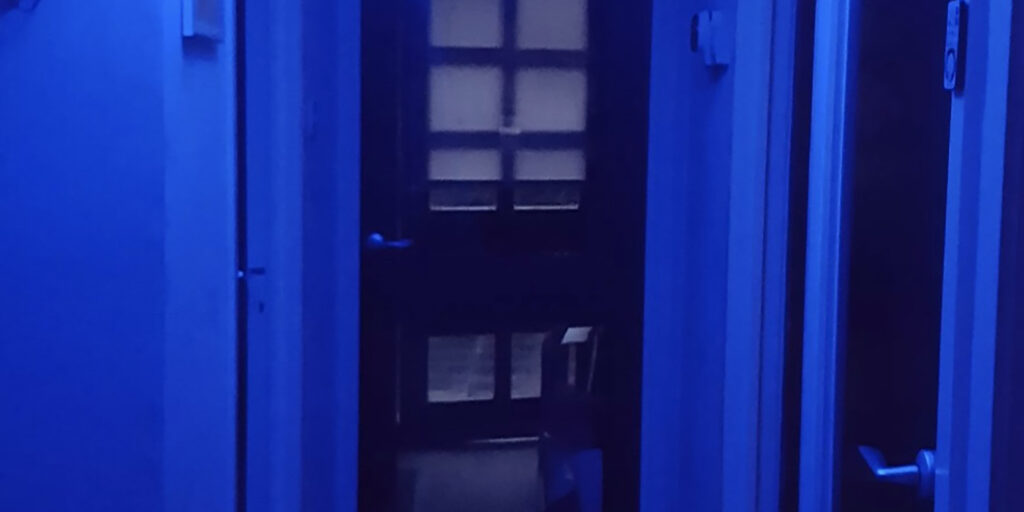 Given that it is probably safe to assume that we are all human and interested in the interior worlds we occupy, students were reminded that the spaces they inhabit, modify and engage with are ever-present as they explore their relationship to interior design and the built environment, while considering their collective human impact on the planet. Students were asked to explore what ‘Being Human’ means to them and create a 60-second film that included an Interior, a Human, and a Sound. 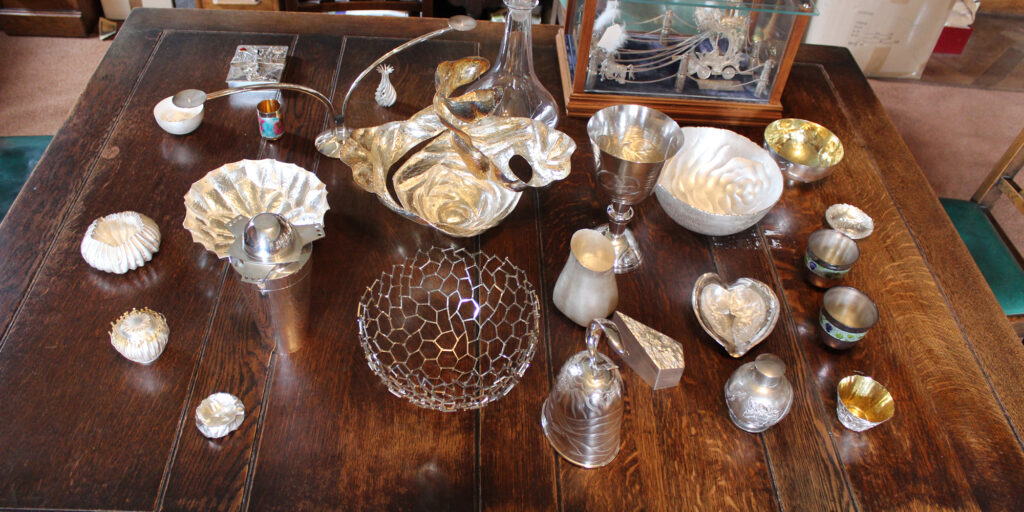 IMAGE: A selection of silver objects selected from our virtual hosts private collection

What does it mean to be human? How might you express that meaning through objects? Silversmithing and Jewellery students investigated the phenomena of the Anthropocene and considered their actions and practice in terms of their impact on the environment and planet. They were invited to design and make a Vessel of Humanity to communicate an element of what it means to them to be living in these times. These objects aim to tell stories and invoke feelings, making references to things that are important to the makers in response to what they have learned about the Anthropocene.

Our Habitat & The Anthropocene

Co-Lab 2 aims to take students out of their familiar Subject Habitat to rethink the position of discipline within the context of the art school and the wider environment of Glasgow. This course involved 4 cohorts of staff and students each exploring the Anthropocene from a distinct point of view and approach. Students were put into small groups to work collaboratively, determining the direction their project takes, in response to fieldwork, research, and applying a creative process to explore the theme of the Anthropocene, and the question “How do we trace the impact of human existence in Our Habitat?

Crafting Communities treated the Anthropocene as an opportunity for creativity and hopeful speculation. Students considered the Anthropocene in relation to ecology and place, investigating cooperatives and communities, materials and matter. Students considered how nature and culture, materials and people, can work together to creative positive and useful artefacts and environments for co-habitation. Students worked in groups to develop their thinking to produce an outcome that responds to concepts of the Anthropocene as identified in the local habitats that they explore.

Placing Text interrogated the Anthropocene as a socially and politically constructed idea. Students used the concept of the ‘Flaneur’ as a basis to make active observations of their immediate environments. This collected research inspired the development of work further developed over the made. Students worked collaboratively to consider how they could develop their research to make work that considers ideas around the Anthropocene as seen in their local habitats.

Model the Environment viewed the Anthropocene as the outcome of long-standing global political and socio-economic inequalities. Students worked together to make a short film that documents evidence they found in their local habitats of incidental human activity and interventions. These interventions were investigated to explore themes of social and economic inequality and how these issues relate to themes of the Anthropocene. Students worked collaboratively to develop their research into a project that responded to their fieldwork and Anthropocene research.

Drawing in Space took the Anthropocene as a context for ethnographic inquiry. Students explored mapping as an activity that records a place or environment, focusing specifically on the narratives that can be told in the places explored. From this students worked in groups to develop the narratives that they identified in their habitats. They considered how these narratives relate to themes that they have encountered around the Anthropocene and collaboratively produced work in response to this.