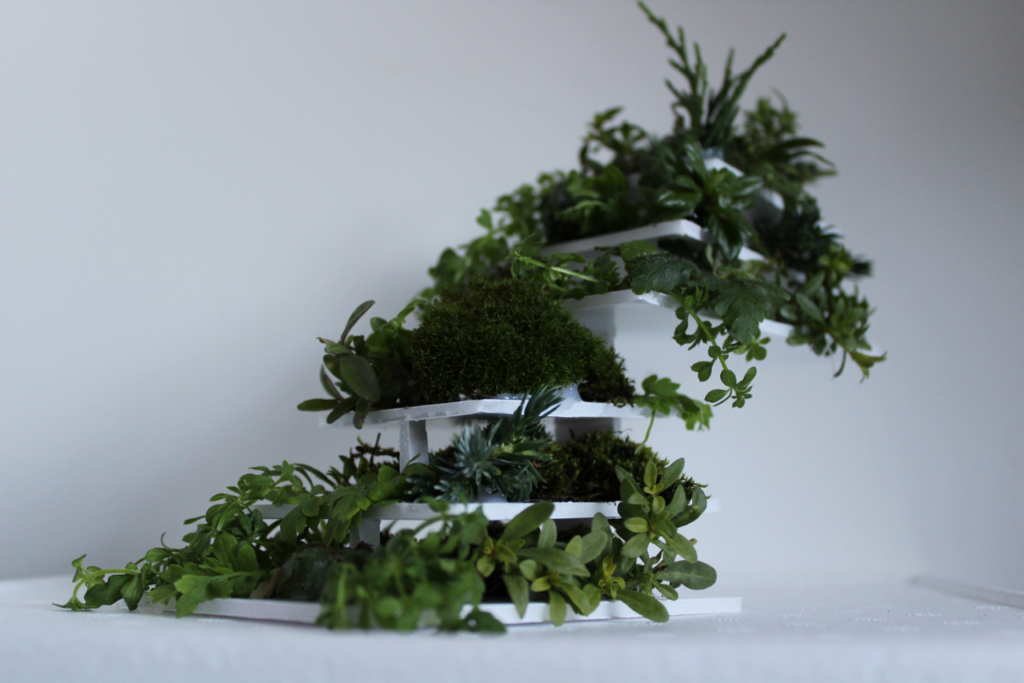 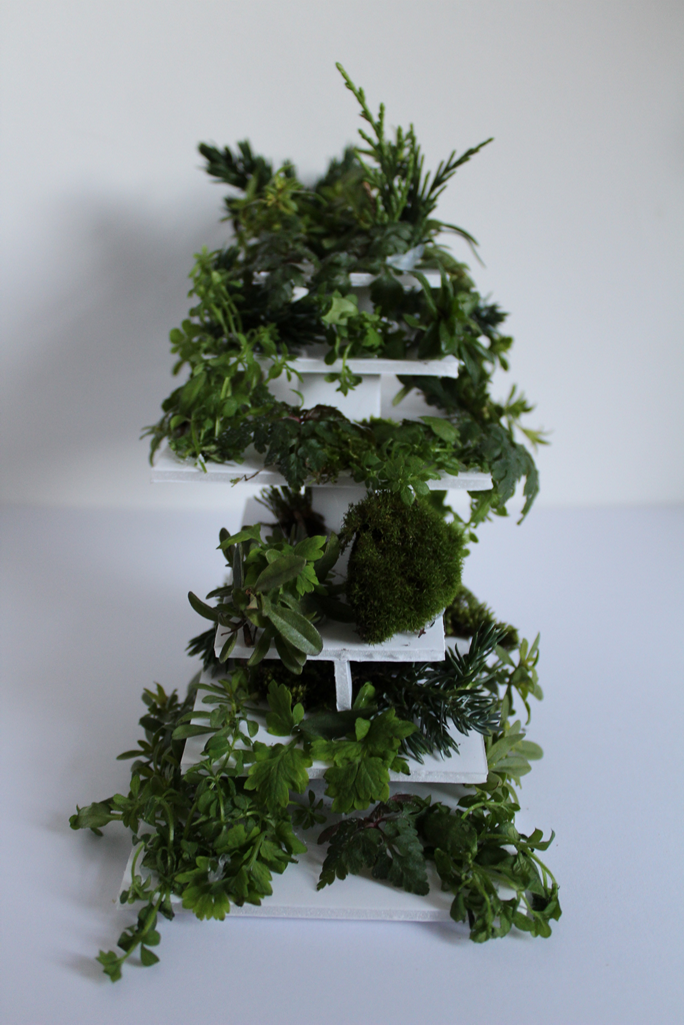 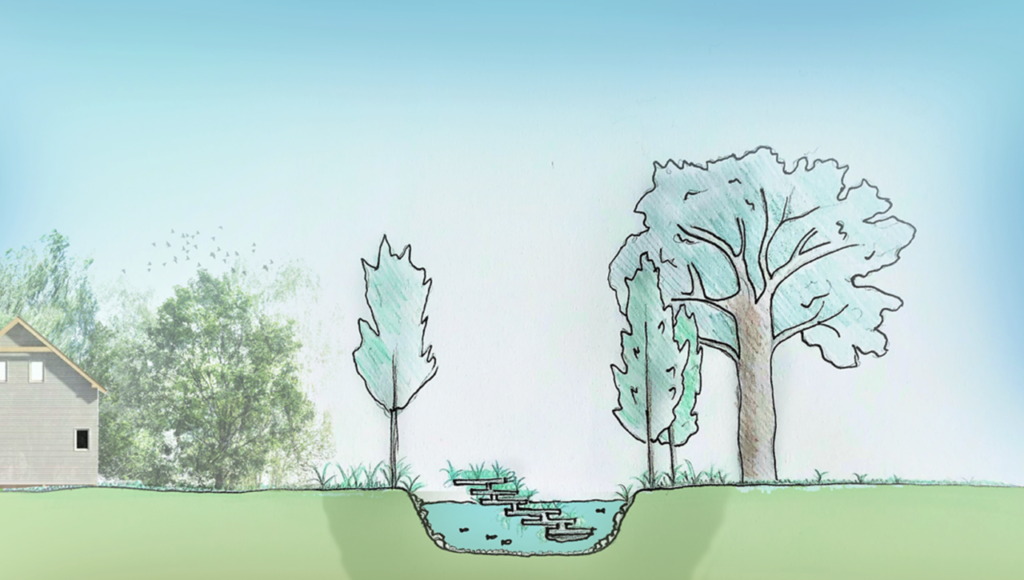 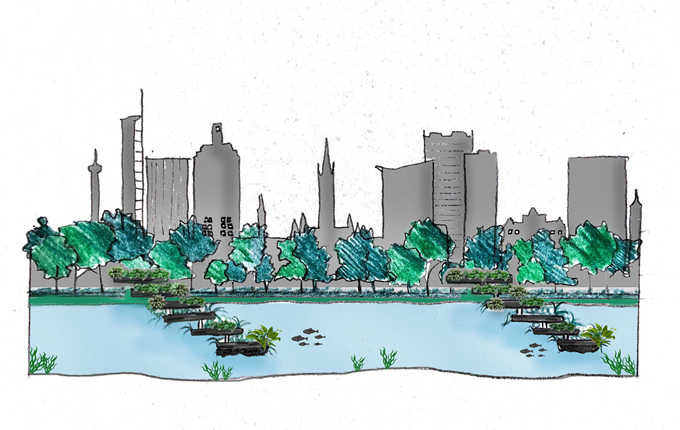 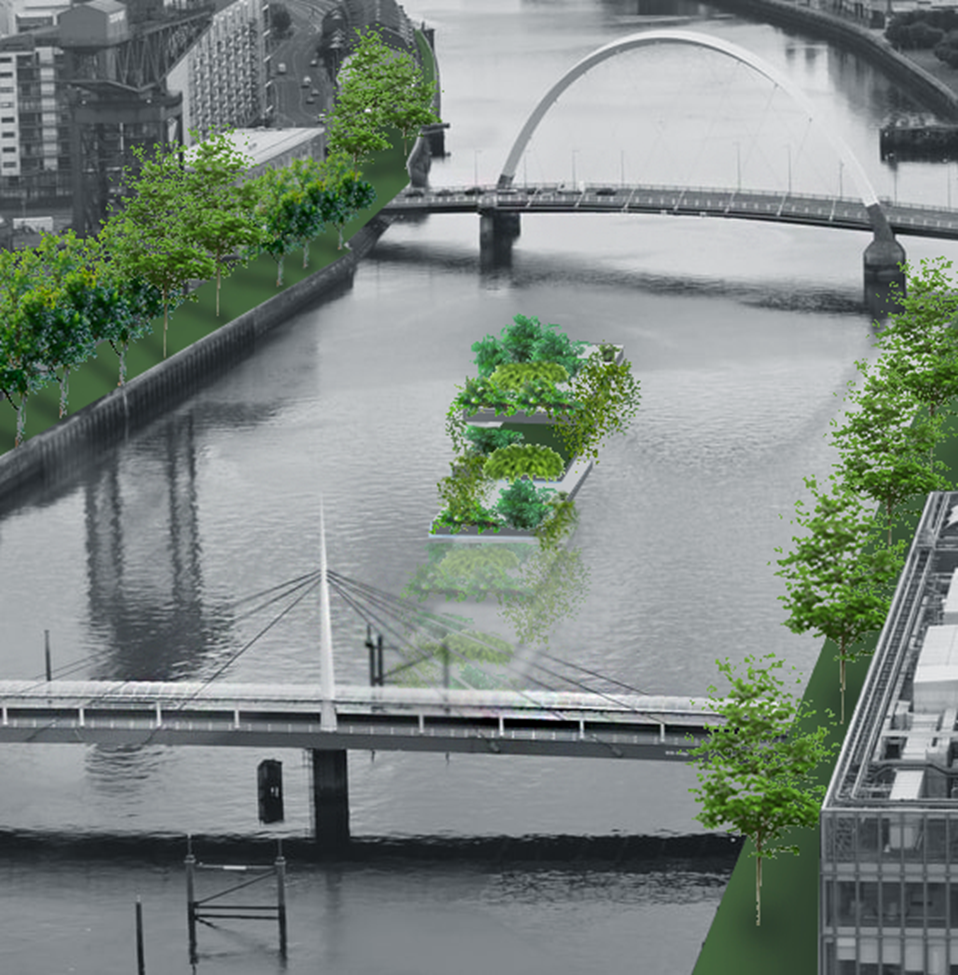 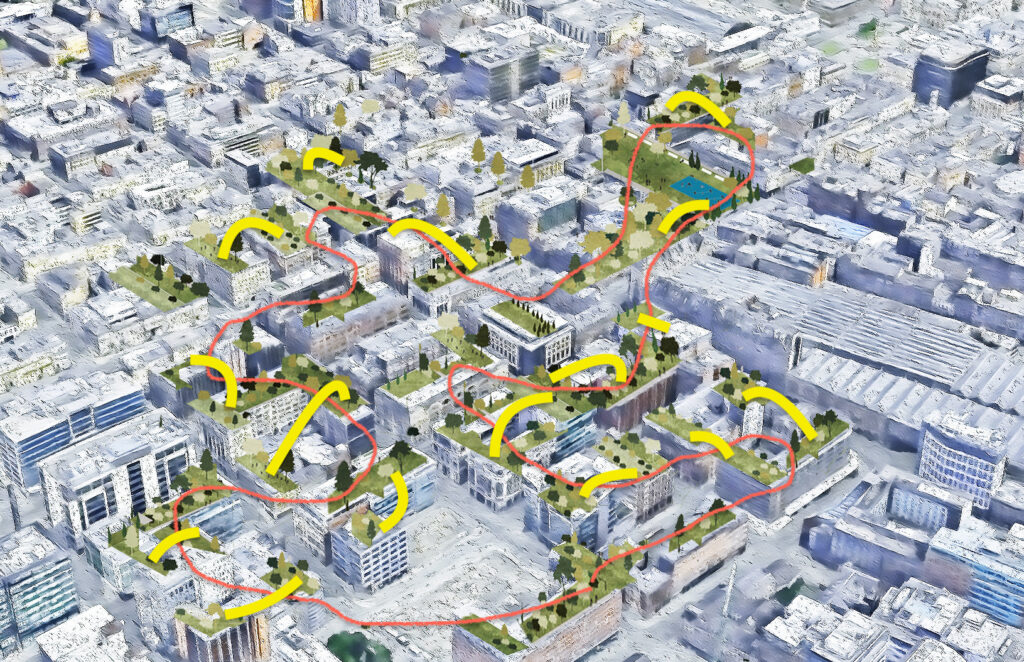 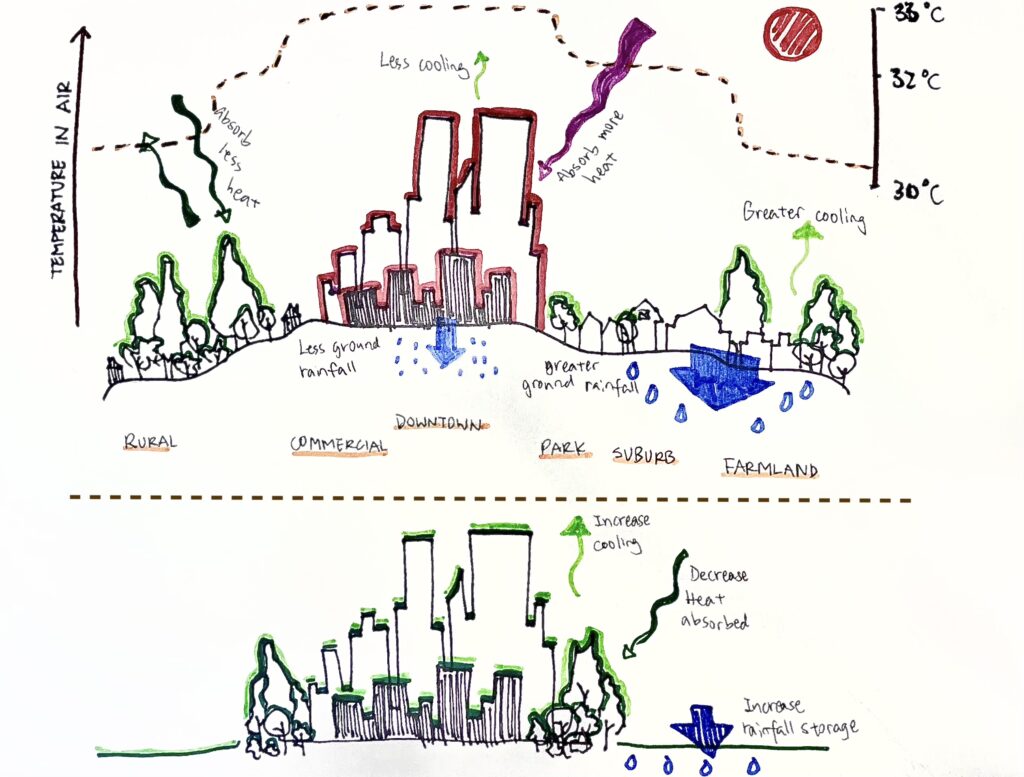 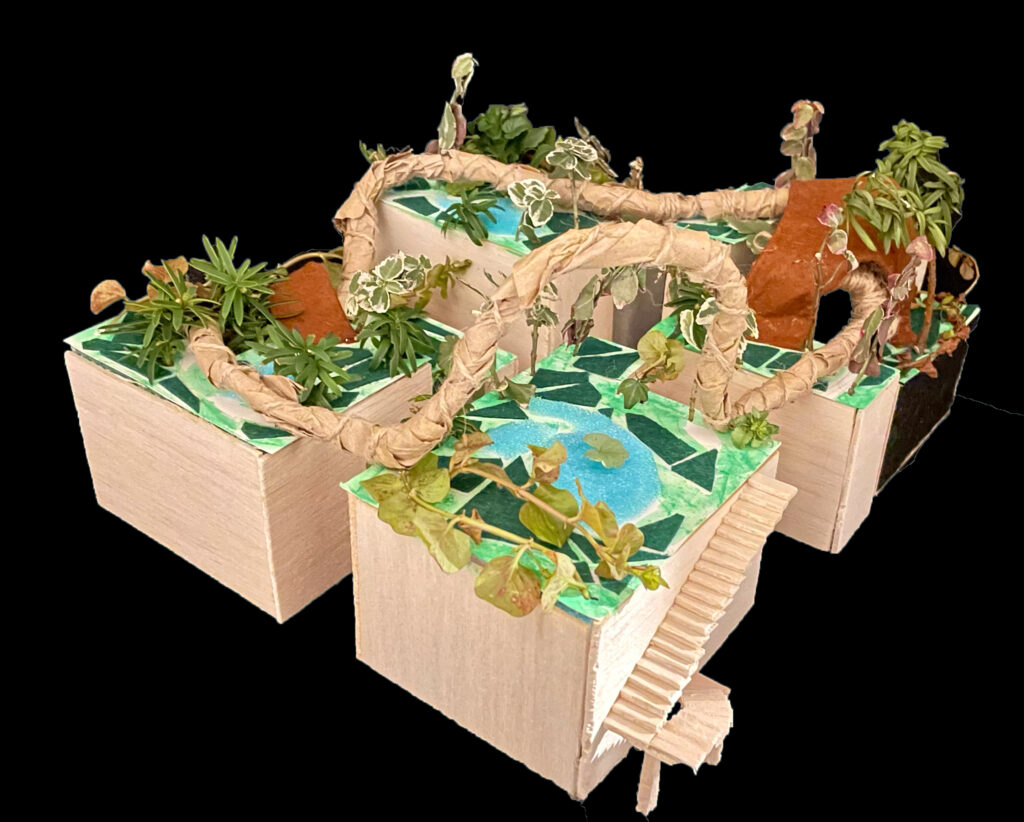 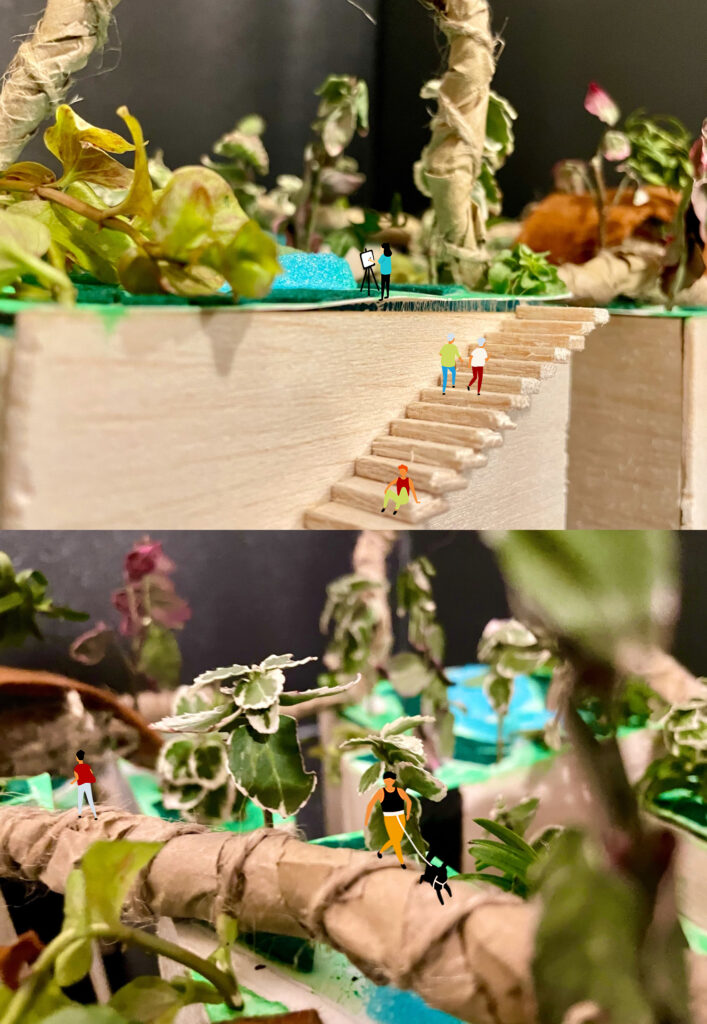 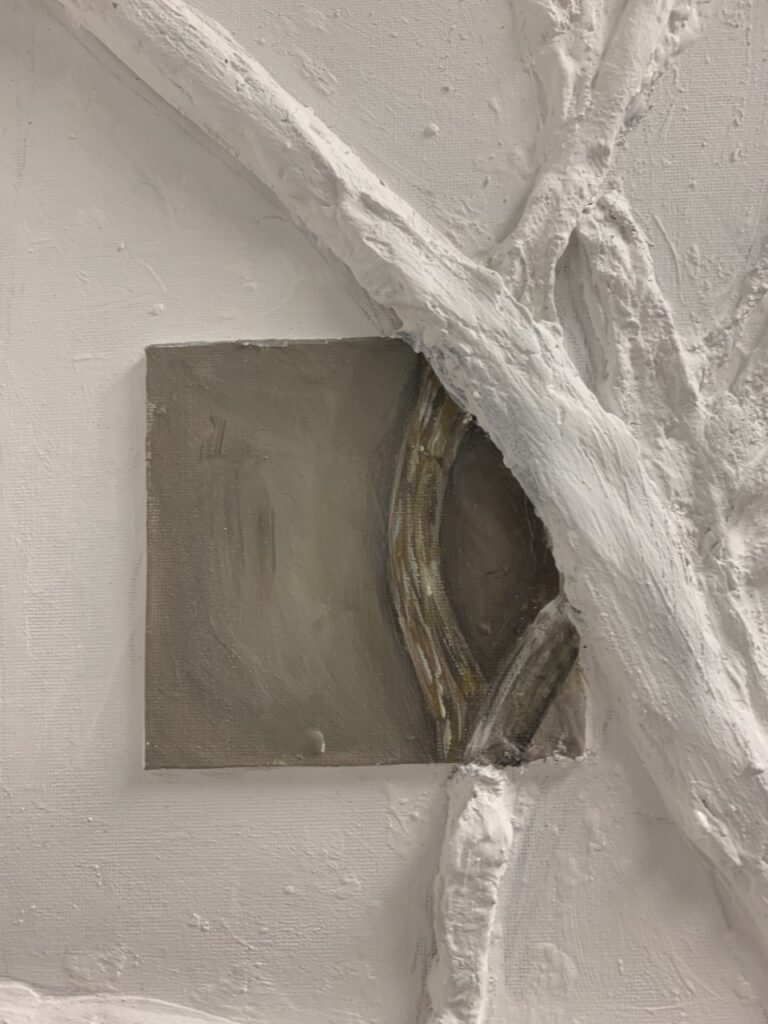 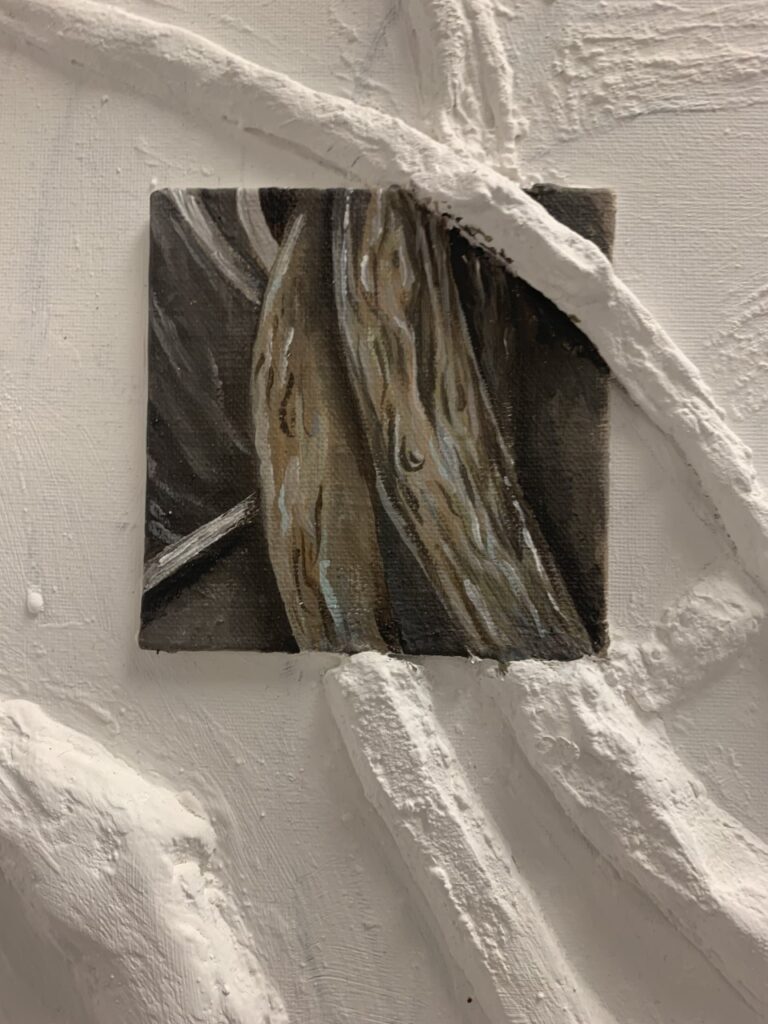 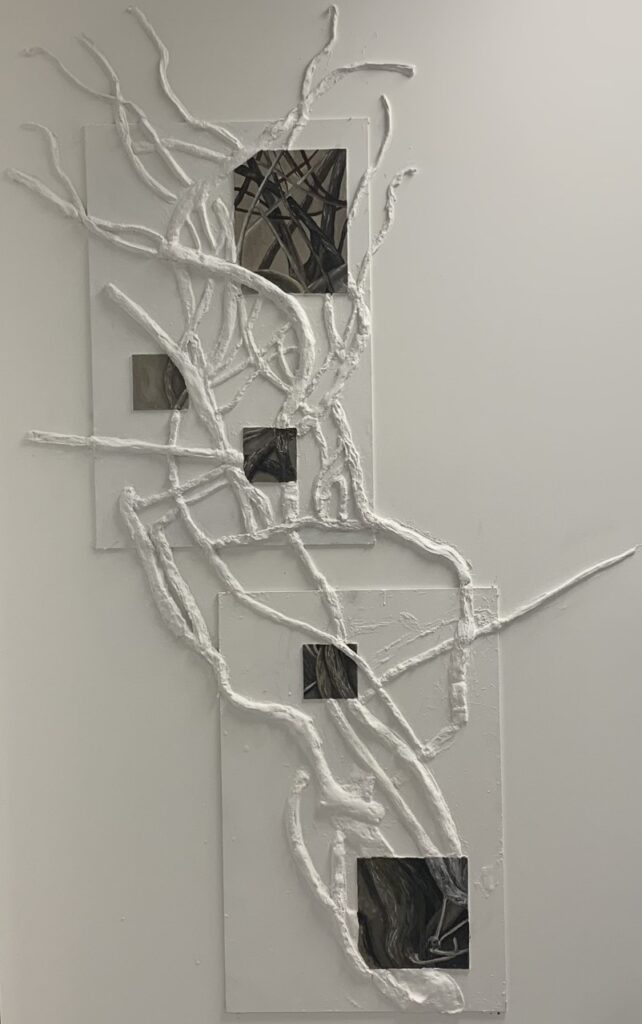 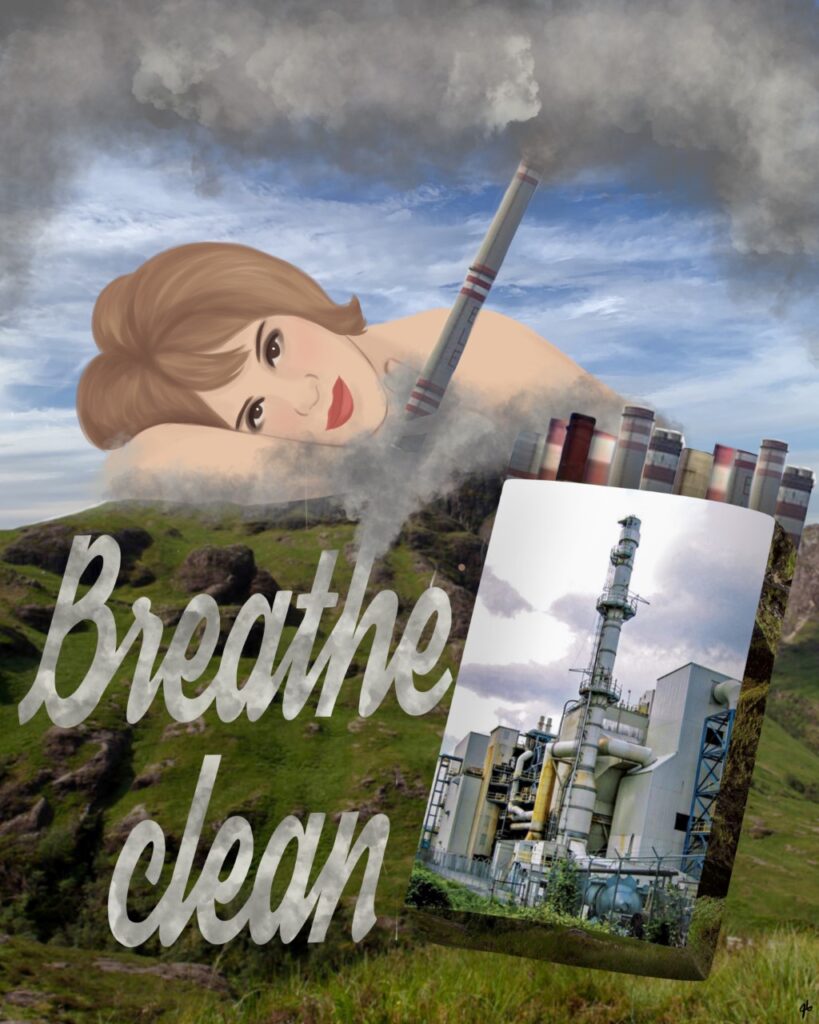 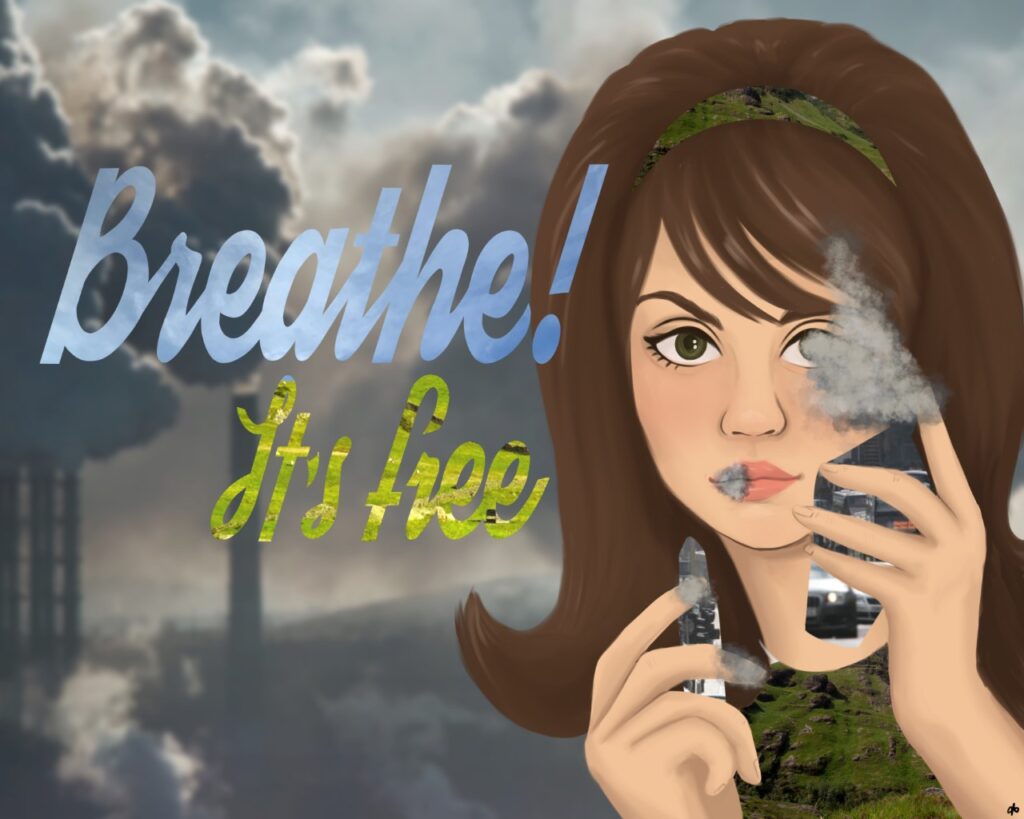 We were investigating the impact of human intervention on biodiversity in our habitats. Our common theme is to explore and propose resolutions to “re-nature” our habitats.

Katie: I explored the theme of renaturing rivers which had suffered harmful chemical and bacterial pollution, researching current methods used to reduce the contamination and developing a creative proposal to re-establish biodiversity once pollution is removed. I developed a concept which is a layered floating nature reserve and water purifying structure, hosting areas of habitation, vegetation and plant life to encourage both on shore and aquatic biodiversity back to our watercourses.

Yongjia: I focused on regreening the urban area of Glasgow with “green-roofs”, which would ameliorate the urban heat island effect, hence facilitating biodiversity in terms of plants and animals. I designed the landscape system by connecting the rooftop parks with bridges of greenway regarding Glasgow city center.

Evelyn: My perice is about the Relationship between the natural and built environment and the neglect of nature in some urban spaces as It is left to grow out of control and reclaim space. Made using plaster cast and acrylic paint.

James: For this project I chose to make a series of tongue in cheek 60’s inspired PSAs on the future of our environment if we continue to stand by. The advertisement style invokes the corporations that are the largest contributors to climate change and their comercial indifference to the Anthropocene. The collage aspects are made of pictures of Scottish nature and pollution, adding to the contrast of nature vs commerce. My goal is to push people to consider what we are doing to and in our environment, and what we can do to the disconnect between nature and society.

The boundary between man-made and nature