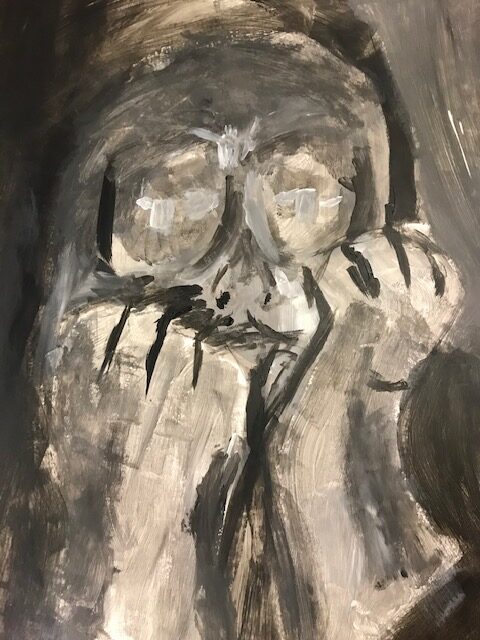 IMAGE: A piece from a series of paintings done exploring negative nostalgia 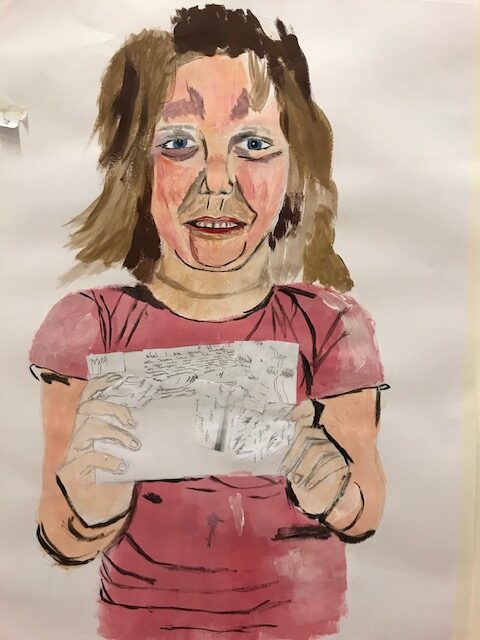 IMAGE: Piece from a series of paintings doexploring negative nostalgia 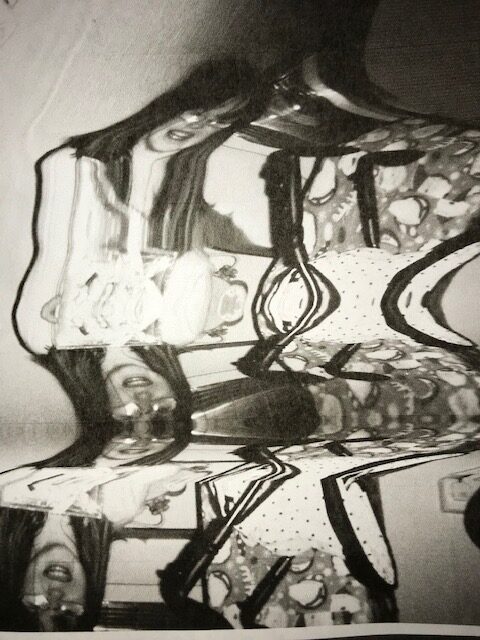 IMAGE: exploring identity and how nostalgia can make us feel inspired by lecture based upon corporate cannibal 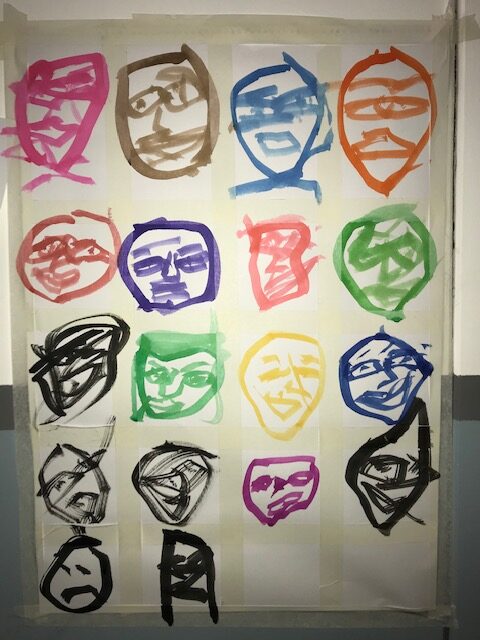 IMAGE: the voices in my head 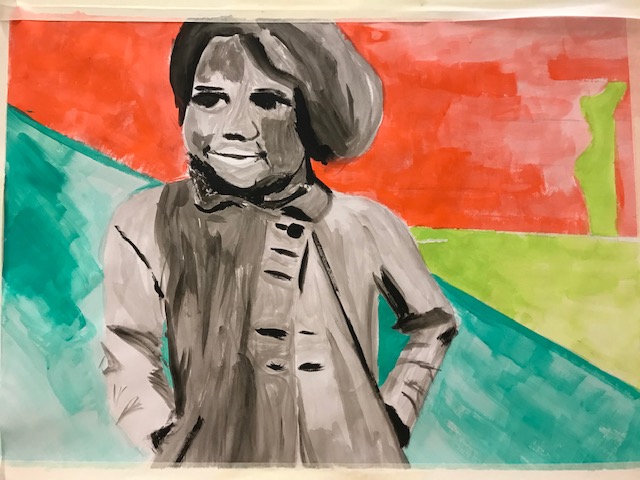 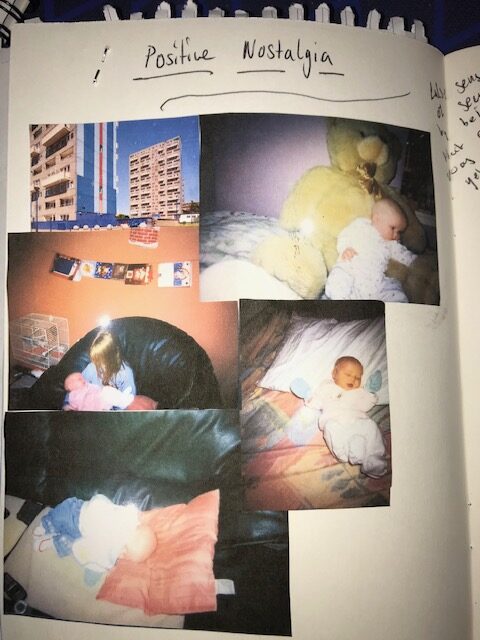 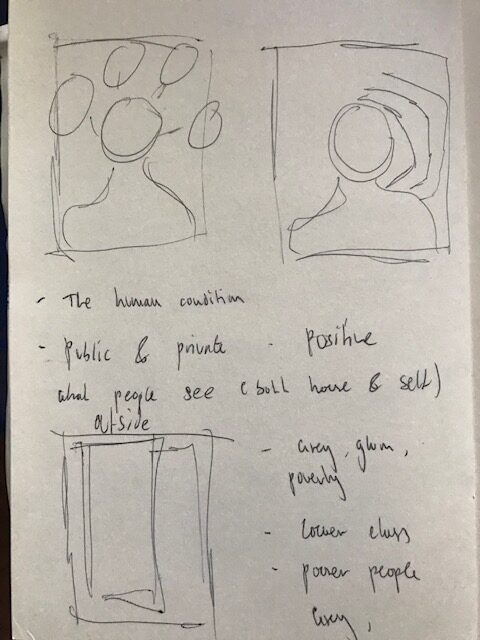 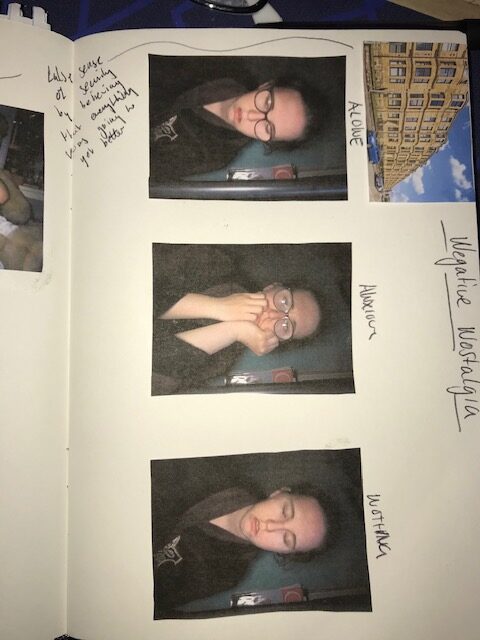 When I first was presented with the question: ‘what does being human mean to me?’ I immediately thought about the feelings and emotions that we feel on a day-to-day basis. Feeling is at the core of human life. Being able to empathize with someone, being able to relate to someone’s joy or sadness is extremely powerful. So powerful that it can bring total strangers together. Although I had an idea of what ‘being human’ meant to me it felt like an idea which was overdone. It wasn’t until my (virtual) visit to the Moving Image Archive that an idea had presented itself. A common theme that I found throughout the introduction to the project ‘Being Human’ and the visit to the Moving Image Archive was this idea of a story line. Using what is in front of you as a stimulus thus the idea of nostalgia was born. It still correlates with my first interpretations of what ‘being human’ means to me but in a different way. “Nostalgia is a powerful emotion that can be conjured by events that bear a resemblance to past experiences in a person’s life. Familiar music, smells, and other reminders of the past activate nostalgic feelings. … Sometimes nostalgic triggers are unexpected surprises, and sometimes they are sought out as a means to bring comfort and happy feelings.”

Delving deeper into the term ‘nostalgia’ I found that not only does nostalgia focus on past events and affect us positively as the quote suggests but also that nostalgia can have negative impacts, “Not all nostalgia can be positive. Negative thoughts are a part of human nature. We all have self doubt and are anxious about something. Sometimes being nostalgic can make you feel worse.“ The idea of ‘The public realm’ and ‘The private realm’ which Hannah Arendt discussed in ‘The Human Condition’  really resonated with me and the way I wanted to approach the theme. I found the public vs private ideology very interesting. How we choose what we want others to see and what we don’t want them to see. We want people to see us be happy and joyous, positive nostalgia. We don’t want people to see us feel alone or sad, negative nostalgia, in fear of being  So by splitting nostalgia into two subtopics, positive and negative, I want to explore why being nostalgic is such a massive part of human nature and what triggers these emotions and how these emotions affect us.

The visit to the Moving Image Archive presented multiple ideas upon the first visit. The archive was introduced by curator, Emily Munro, was key in my research as it introduces me to my theme for the project ‘Being Human’.  It discussed aspects that I had never thought of before such as an archive isn’t only used to educate and inform newer generations of the past but is also a stimulus for newer ideas. To push these ideas to completion, Emily discussed how an archive is only a small part in the lives of these people. They are just small fragments of their stories. These stories are key for the audience to connect and relate to the film as that emotional connection, that memory is what helps the audience to engage with the subject matter and storyline. The archive introduction stimulated my search for a film through the ideas and thoughts that Emily mentioned throughout the talk. Not long after the talk I found my chosen film via the archive website called ‘ Our Homes’

My chosen film. ‘Our Homes’ is an educational film produced by a company called Thames and Clyde just after the second world war (1949). This film captures the destruction of tenement houses in Glasgow in the late 50s. These go on to be replaced by high rise flats to create a ‘“health and beautiful city of modern architecture”.