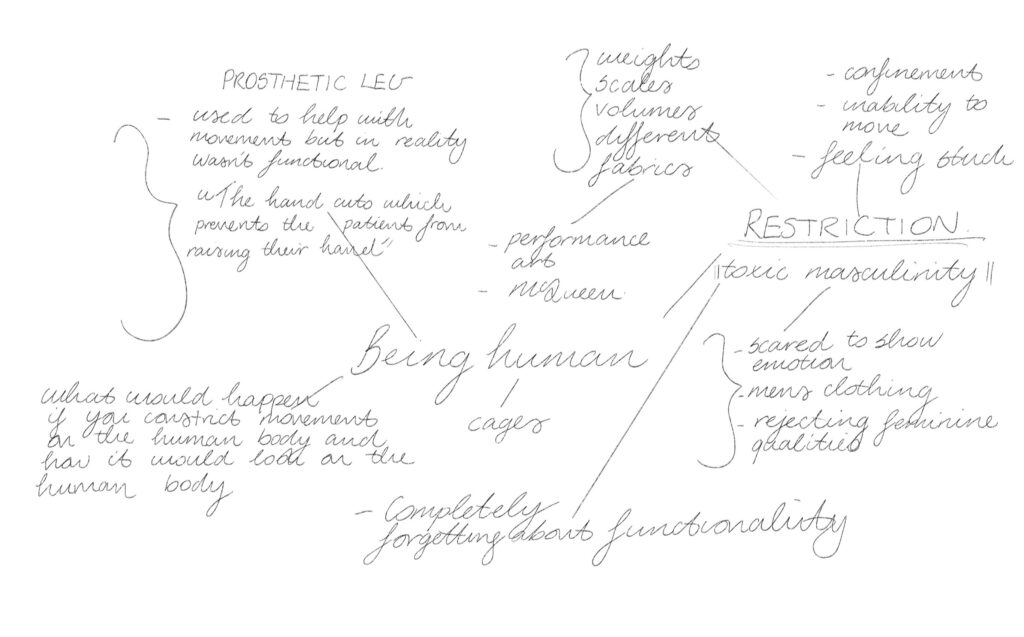 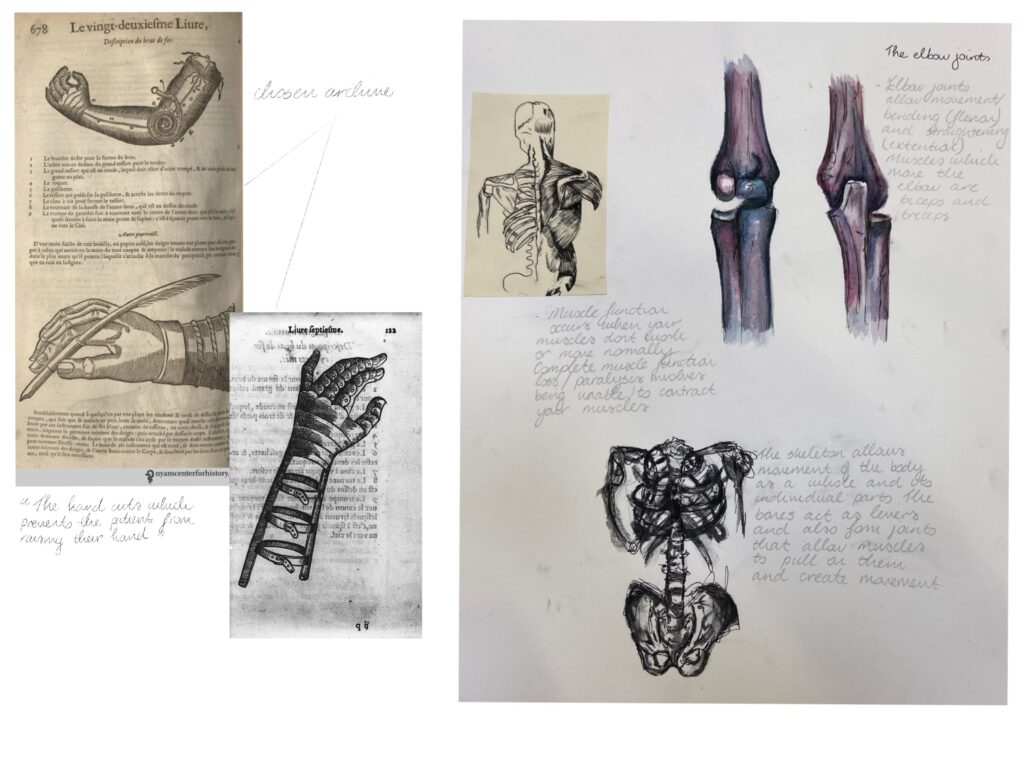 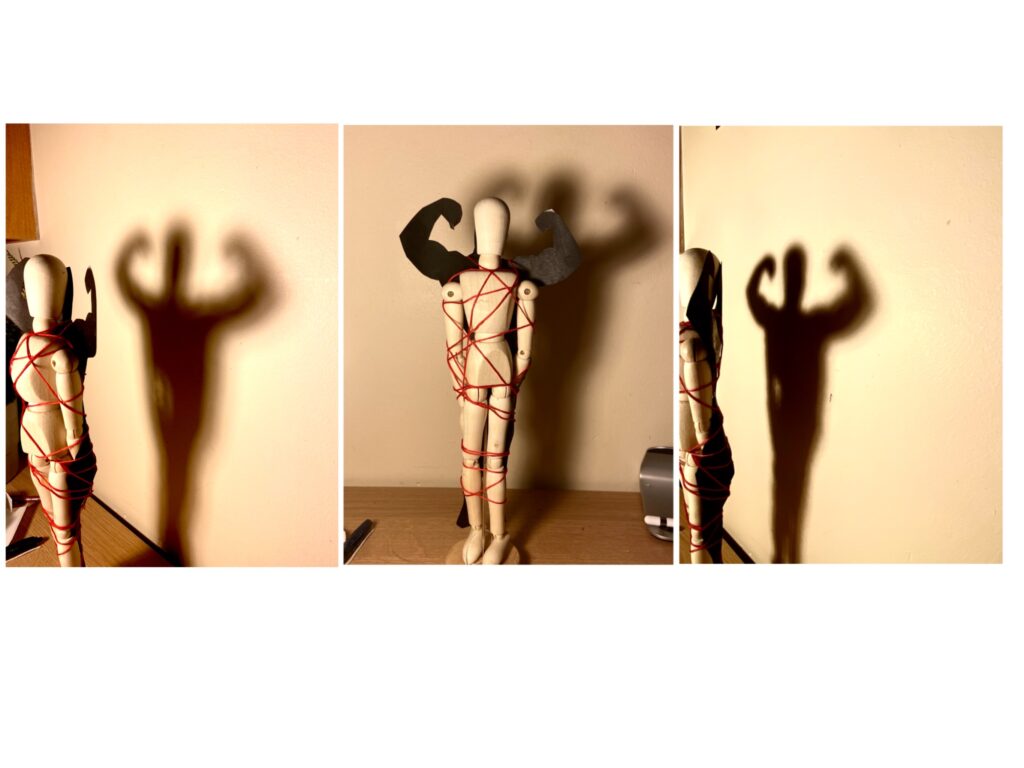 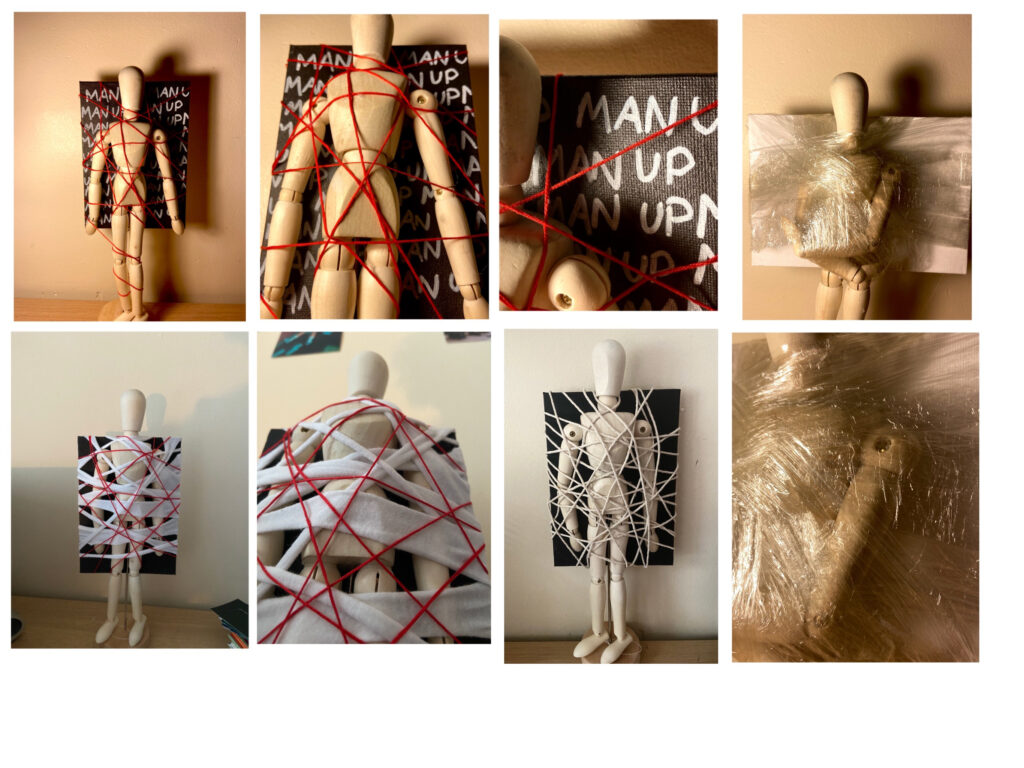 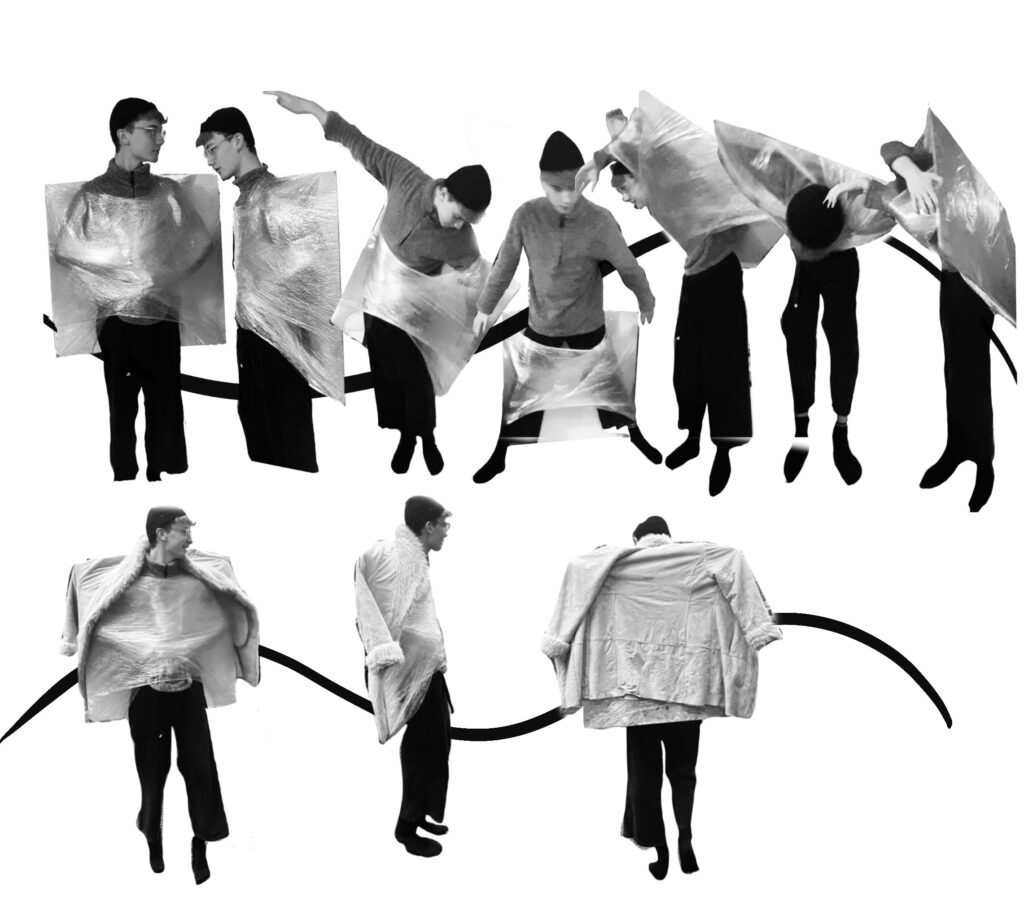 After watching the lecture with the physicians and surgeons, i was captivated by the prosthetic arms and legs which were used for patients during the 16th century. I found it very interesting that the prosthetics were used to help with movement, however, in reality they were extremely restrictive and not functional for the patient. This influenced me to base my Colab project on restriction within human society. I wanted to focus on toxic masculinity in particular  and what that would look like presented onto the human figure. I wanted to create visuals regarding the script of what men have been instructed to be whereby they have the burden of identity due to societies standards.I wanted to know what would happen when we constrict movement on the body and how it would look on a human figure, completely forgetting about functionality and wearability. Within this project I wanted to focus on how weights, scales and volumes can cause restriction.