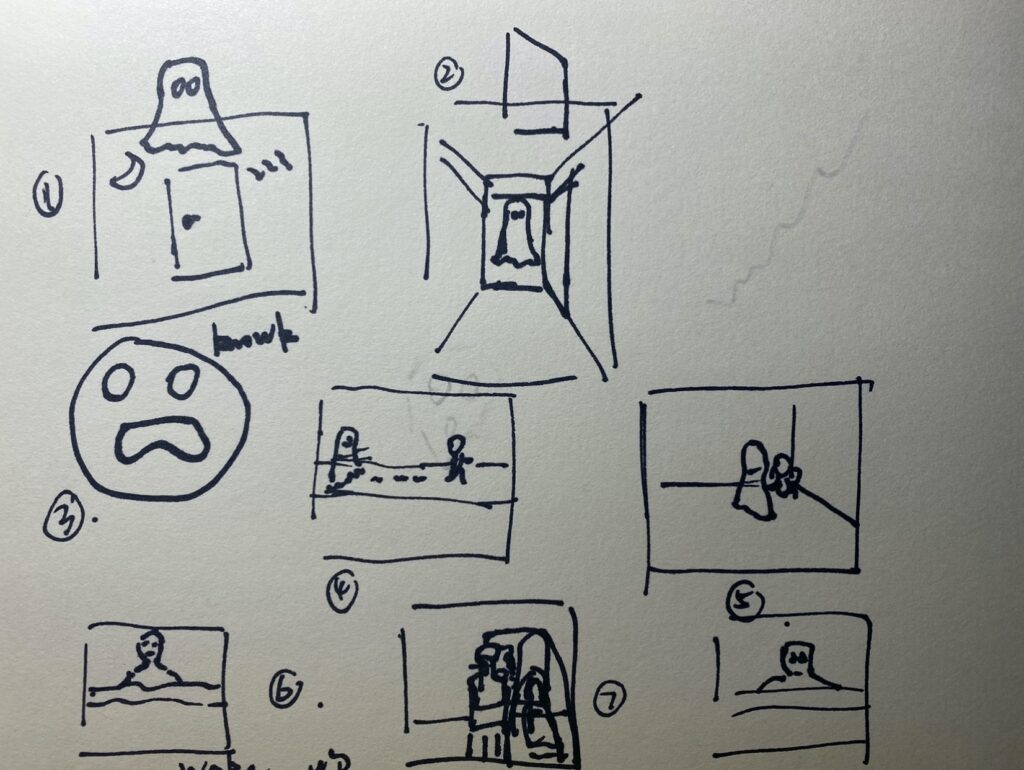 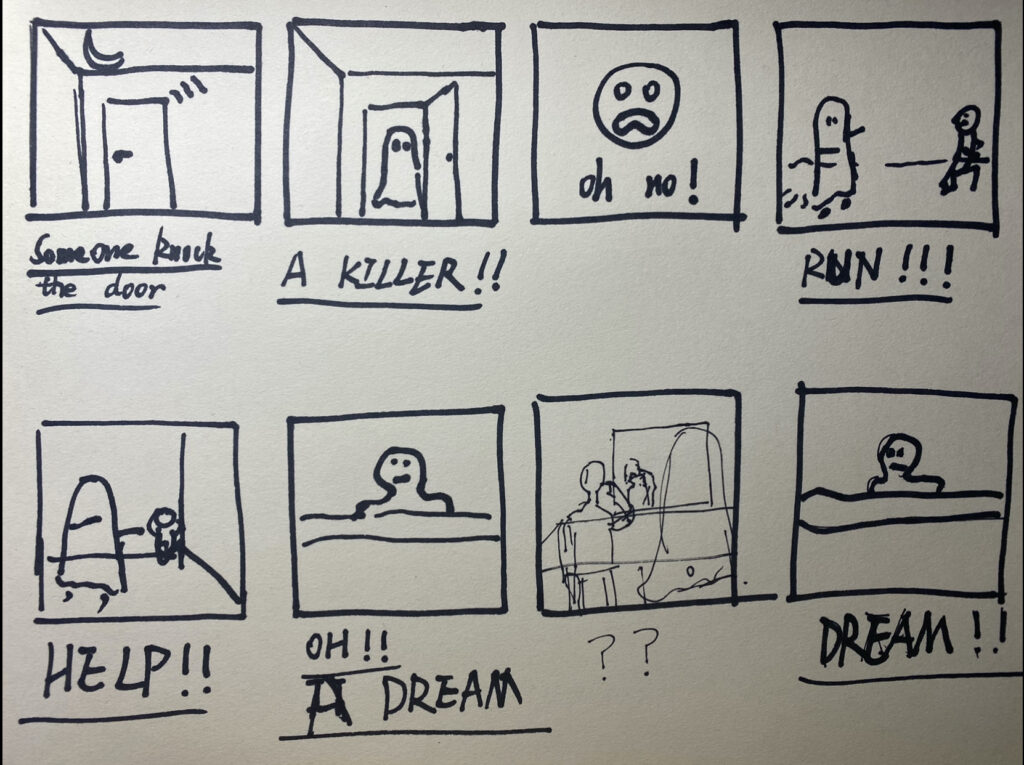 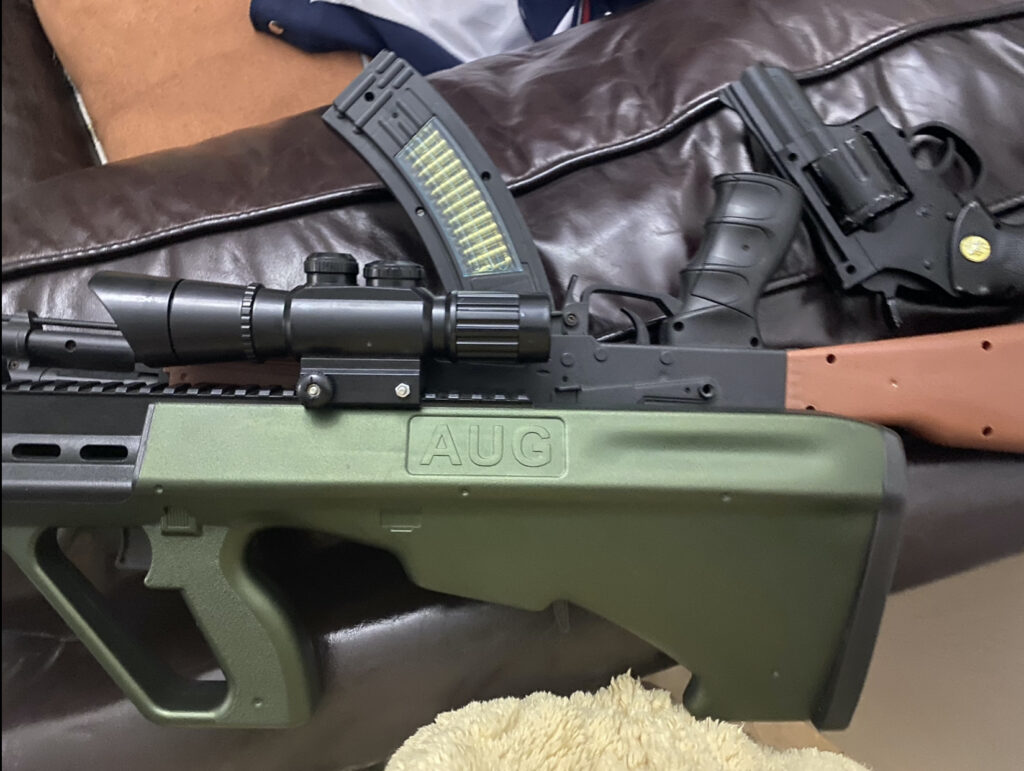 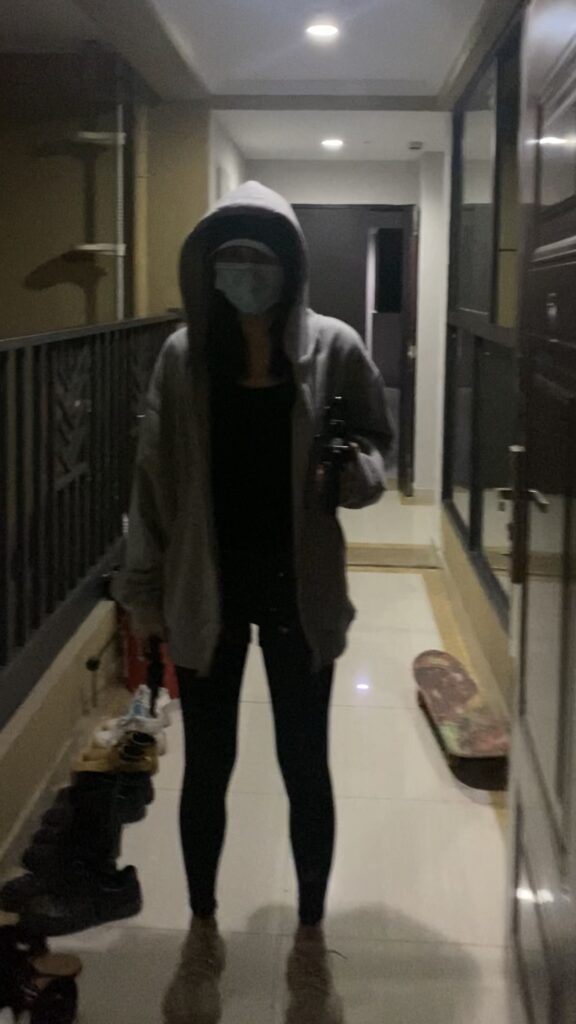 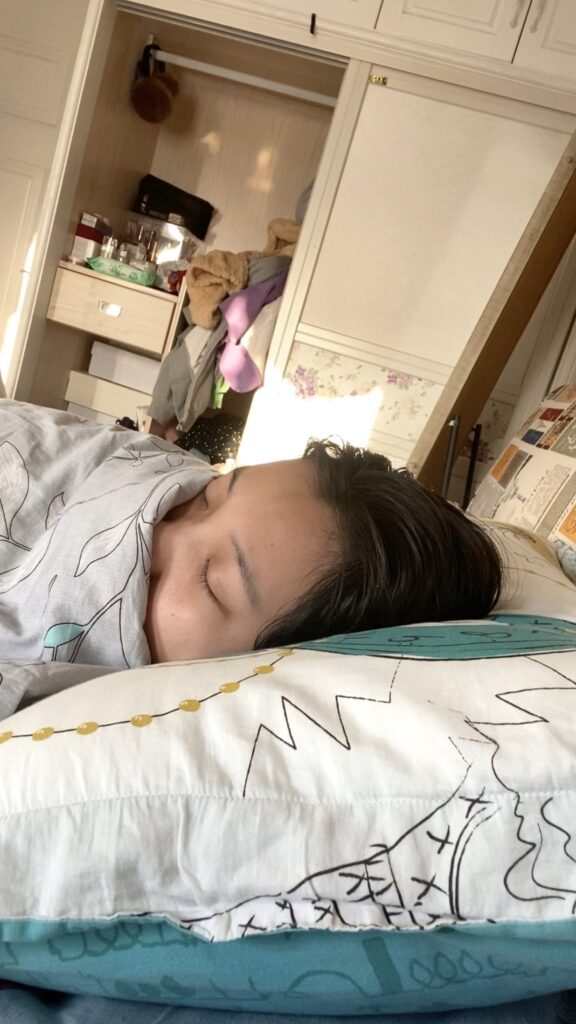 At first, I watched the Neill presentation, I found an interesting movie called Meshea of the Afternoon. This film is a transition between dreams and reality This movie is a story of suspense. I don’t understand why the heroine died in the end. It seems like the women killed herself. But this feeling of understanding and not understanding is very interesting. Thus, I decided to make a similar film.

At the beginning of the movie, someone knock the door. After I open the door, I found a killer, I am scared and started to run away. When the killer is about to catch me, I wake up and find it was a dream. and When I get up want to brush my teeth, the killer appears again. then I wake up from my dream again. I constantly meet the killer and wake up from the dream. What I want to express is that as human beings, we will constantly encounter difficulties. In my movies, killers represent the problems you meet in your life. Obviously, the first reaction to encounter a killer is to run away, which also shows that our first reaction in the face of difficulties is to escape.

The background music was I found in a app, the name of BGM is canzha. Also, I add some sound effects in the scene transitions to set off the atmosphere.

Folly for the visually impaired

The Beauty of the Macabre

Being Human: St Kilda: The Fragility and Strength of a Subsistence Community