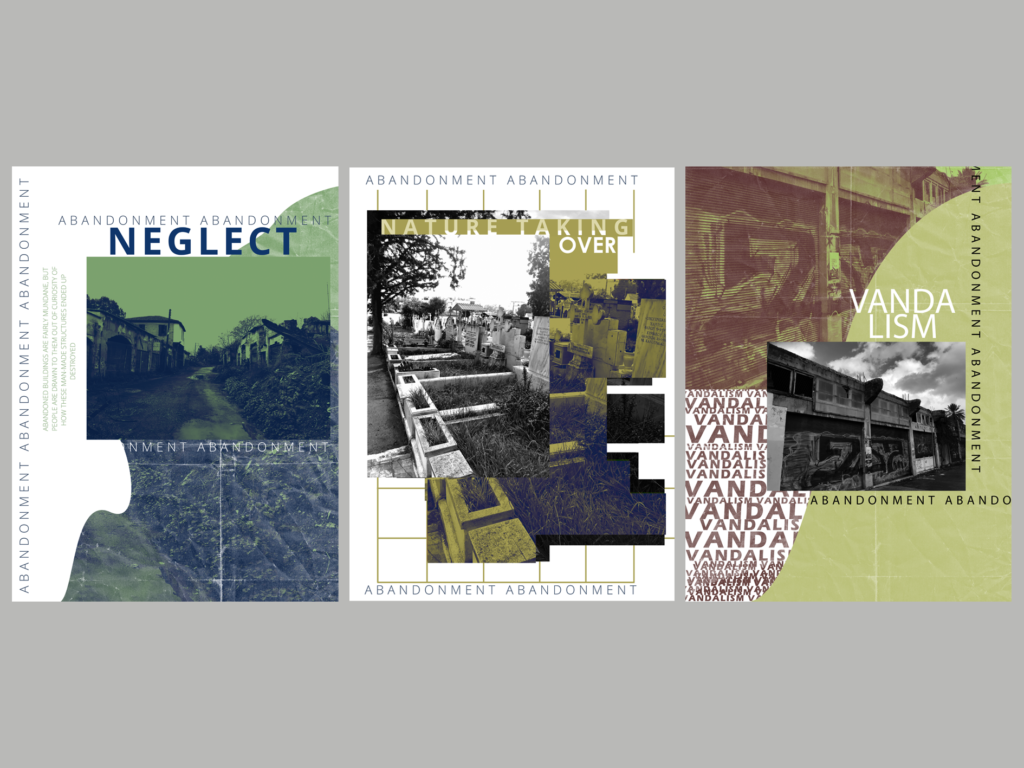 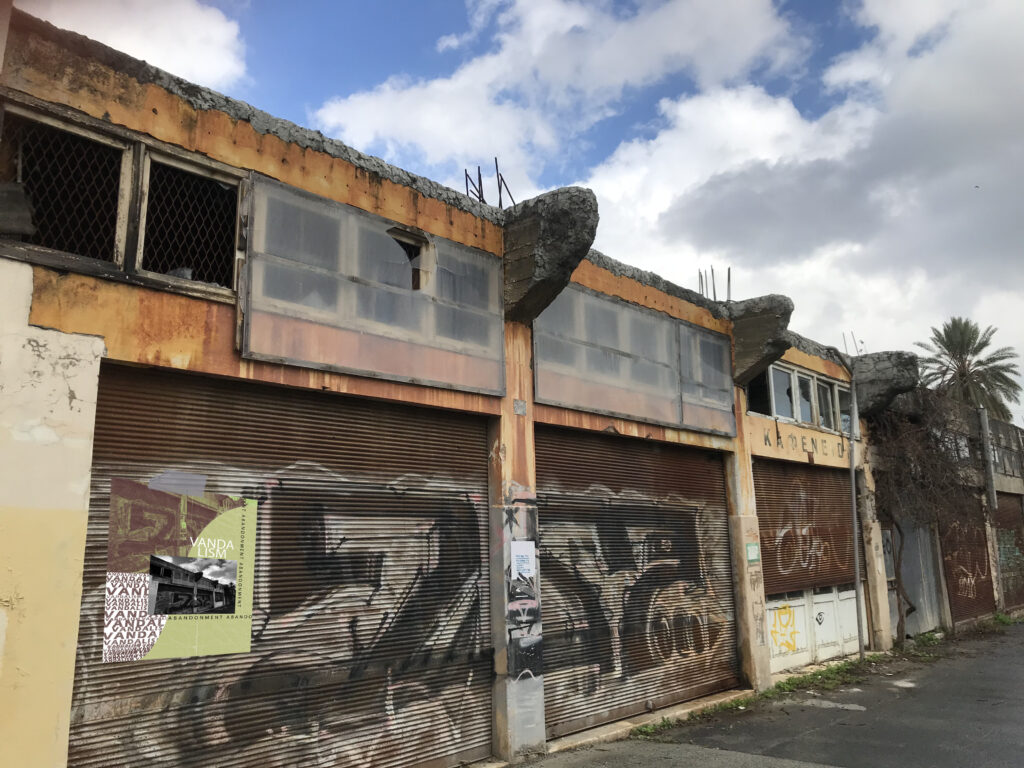 IMAGE: Ioanna Charalambous: Through my series of posters I aimed to display the elements that contribute to the decomposition of man-made structures. Neglect, nature taking over and vandalism. 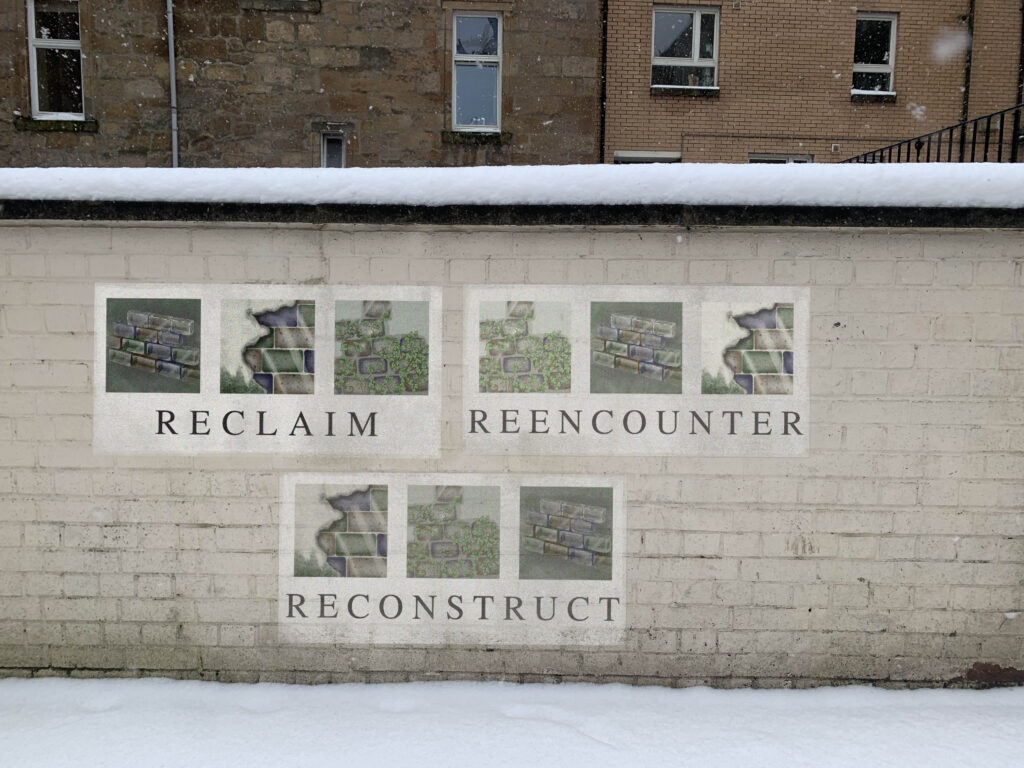 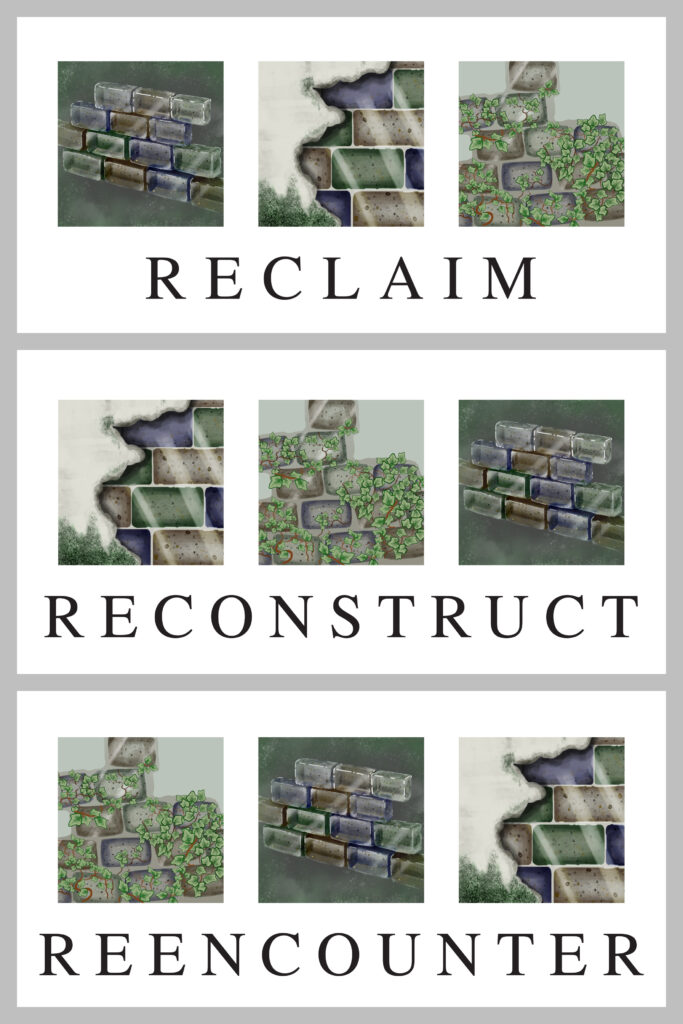 IMAGE: Ji An: I have aimed to depict the changes that take place in the relationship between the natural and built environment and the cyclic behaviour that often occurs in this. 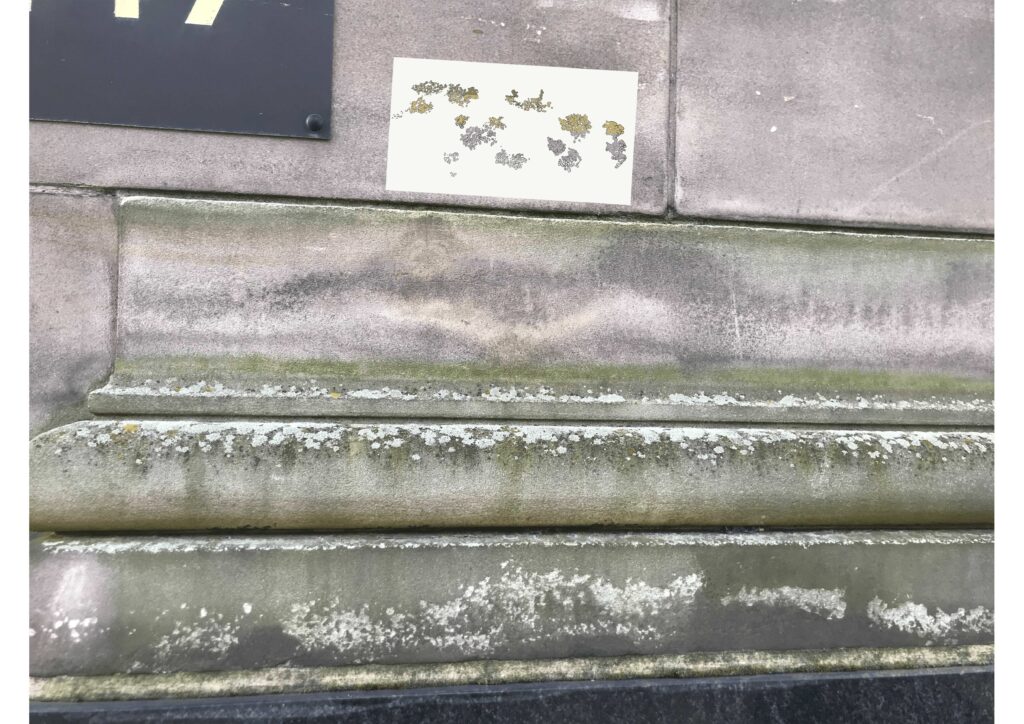 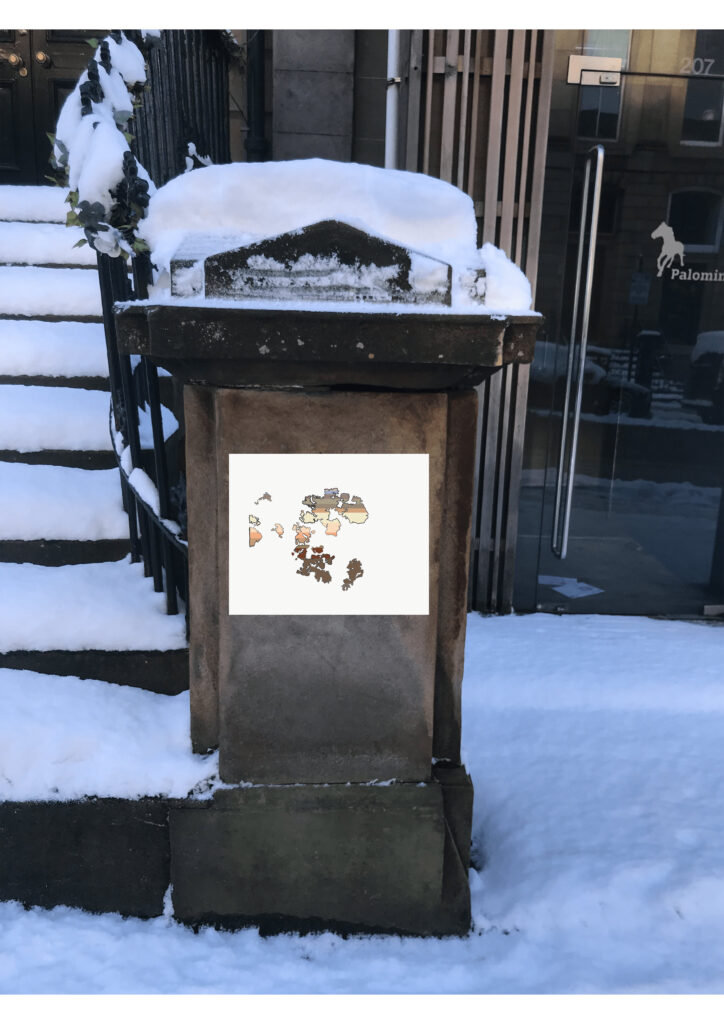 IMAGE: James Ackermann: These images have been made to highlight the unique colours and growth patterns of Lichens and Mosses. Small “Lichen Maps” have been superimposed onto the surface which hosts their respective Lichen. 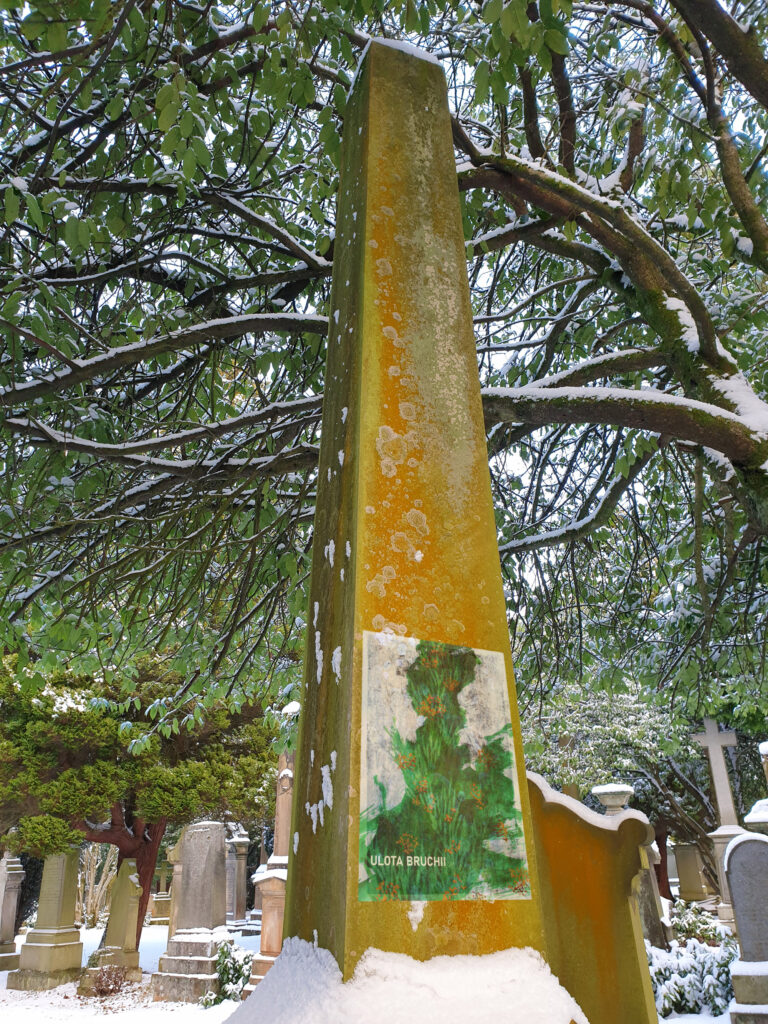 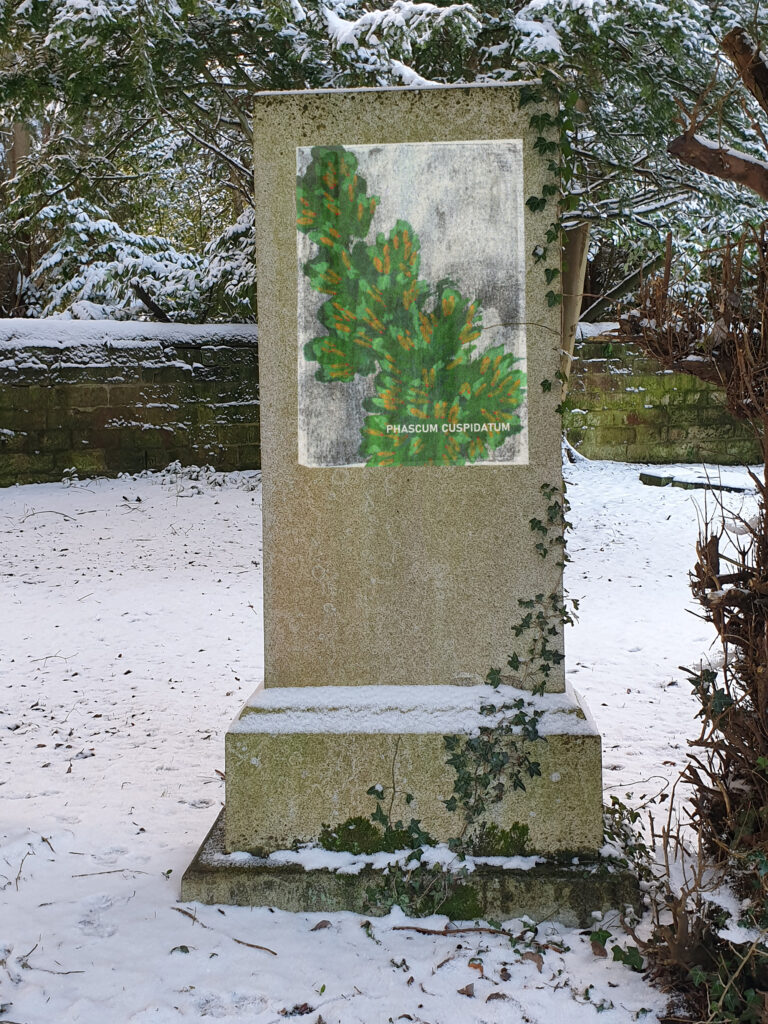 IMAGE: Lily Mechan: Looking at how mosses and ivy plants gradually overtake manmade structures, especially after we have abandoned those structures. I specifically wanted to focus on the textures and colours I saw, and depicted the process of reclamation through layering my prints and paintings. 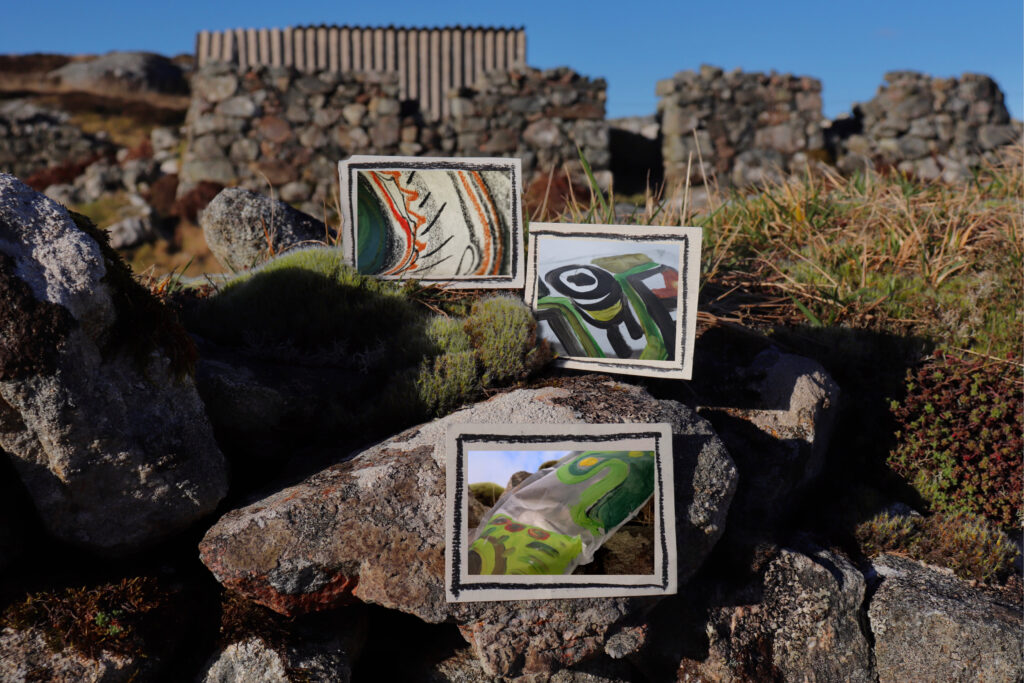 IMAGE: Talitha Tunnell: Using moving image to help portray the passage of time and the influence of nature on the man-made (as shown here through my own artwork), and using multiple layers of man-made and natural influence, depicted by texture, to show the cyclical nature of this process in such.
For this project our group wanted to document the cycle of decomposition and decay throughout time of previously human places in our retrospective habitats. We mapped this ‘cycle’ through layers of different textures, of both manmade and natural factors – inverting these factors within each other to portray these interlacing layers of influence throughout time.
To show this, each member of the group created their own series of ‘posters’, as we felt this form helped reflect the nature of the textures we were researching – such as lichens or vandalism – in the sense that a poster is yet another layer of texture and influence subject to time and decomposition. These posters were then subjected to yet another layer of influence in that they were then placed in the environment they were reflecting initially.
These many layers within our work are continuous and intricate, our own manipulation of them merely adding to this, making these ‘layers’ (much like the layers of plant life, rust, vandalism, etc that contribute to the decay of these places) a continuous cycle throughout time. The manmade ‘new’ will always be taken over by some natural means with time, before further manmade manipulation starts this process again. Our work here is part of this process.