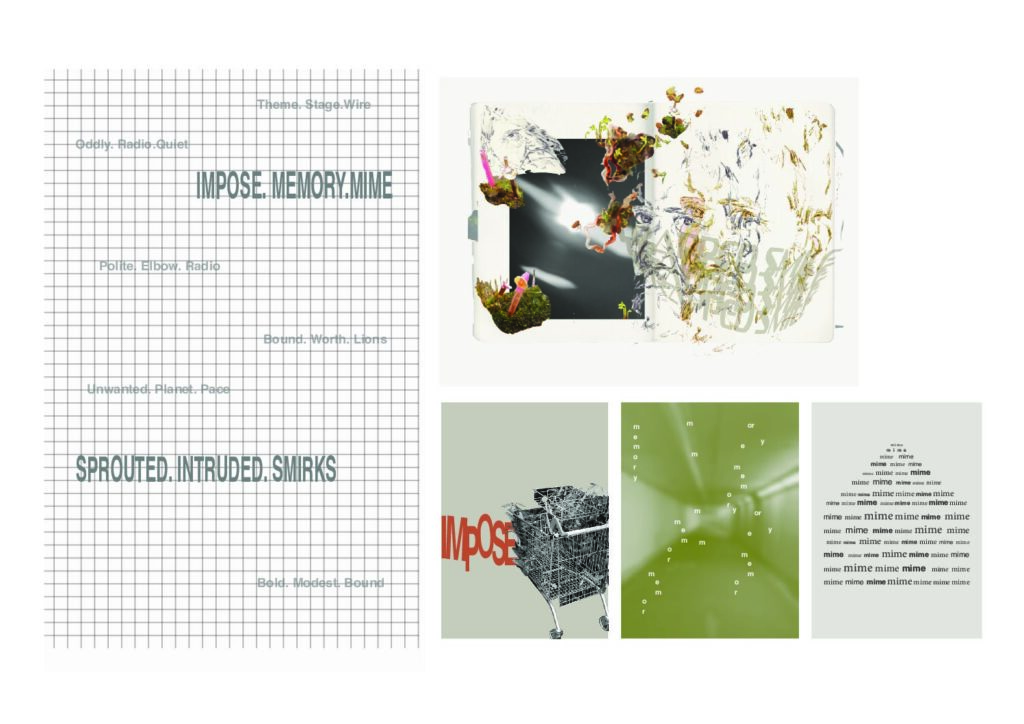 Our habitat as a trapped city: The idea of entrapment and all its ambiguity stemmed from Robert Smithson’s colourless portrayal of Passaic, and our own experiences. In a way it’s as though Smithson feels like Passaic is stuck in time, stuck in a ‘clumsy eternity’. Our walks centred around places where our habitat seemed trapped in some way. Once at the destination we used the ‘What 3 Words’ format to inspire our work. Alongside the 3 words came complete randomness, much like Smithson’s ideologies surrounding entropy – a degree of disorder or randomness in the system. The idea of creating something random but within a structured setting, something that itself was a creation of the mind’s eye’s portrayal of an idea, but that came alongside a structured way of working. Each trapped place we visited were tied to 3 words, entrapped by boundaries. The methodical way of working, finding the place, finding the 3 words and the process of working through each image, one by one, created the ‘structure’ within the randomness of making. This way of working, encapsulating the idea of entrapment and boundaries, is perhaps a subliminal creation correlating to life right now.

Interpretations of the Senses