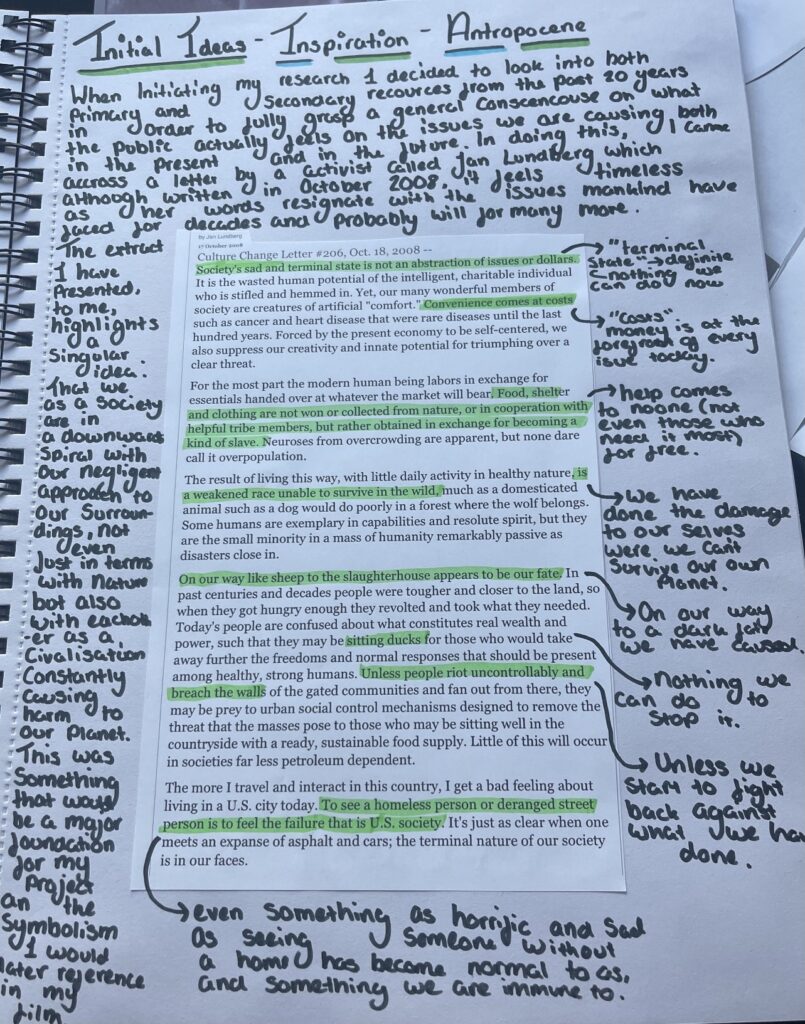 My film is representing the “downward spiral of humanity’s negligence to our surroundings” constantly causing harm to our planet to the point where the majority of the time it is subconscious.
In the film, two of the girls are representing the damage we as a society have done to our planet  and the one girl who is trying to keep up with them is us as a population realising we will never be able to catch up to the issues we have caused as the damage has already been done,
At the end of her film you see she has finally escaped the cycle she was trapped in and the first thing she sees is the reality of how the world is starting fight back against what we have and still are causing to our planet.
The space I chose to feature was a 7 floor set of stairs, I chose this as to me when I stood at the very top and looked down it felt never ending and I thought it would be a perfect representation of the downwards spiral I was trying to portray.My major inspiration for my project was a letter written by an activist named Jan Lundburg,
Her work mainly focused on the idea of “we as a society are in a downwards spiral with our negligent approach to our surroundings. When choosing sounds for the background of the film I knew that I wanted to feature music rather than just noise, and so I decided on a piece called “Insomnia” by Ben Trigg, I chose this music as the repetition in the notes again really mirrored the idea of a spiral/cycle like structure all building to a change in the music when the main girl finally escapes the loop she was caught in.