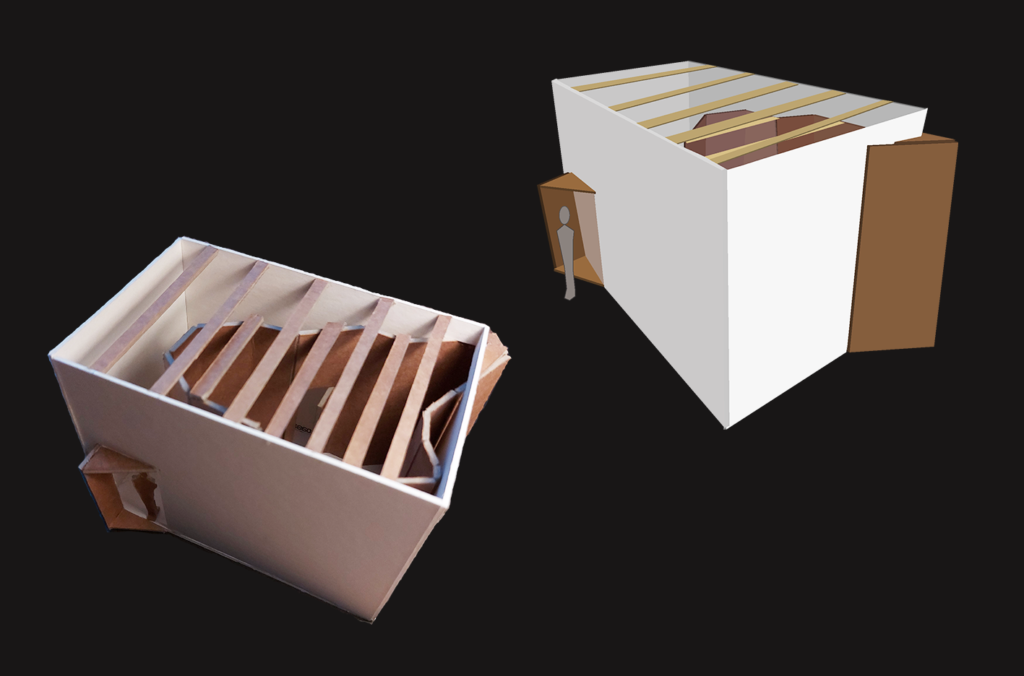 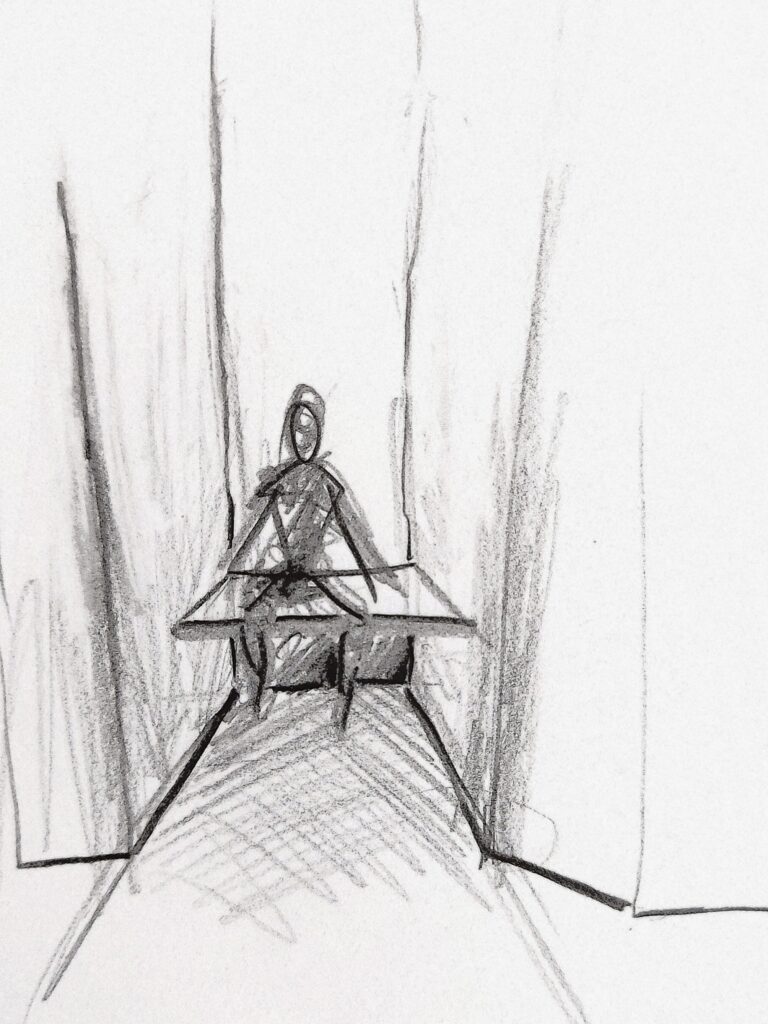 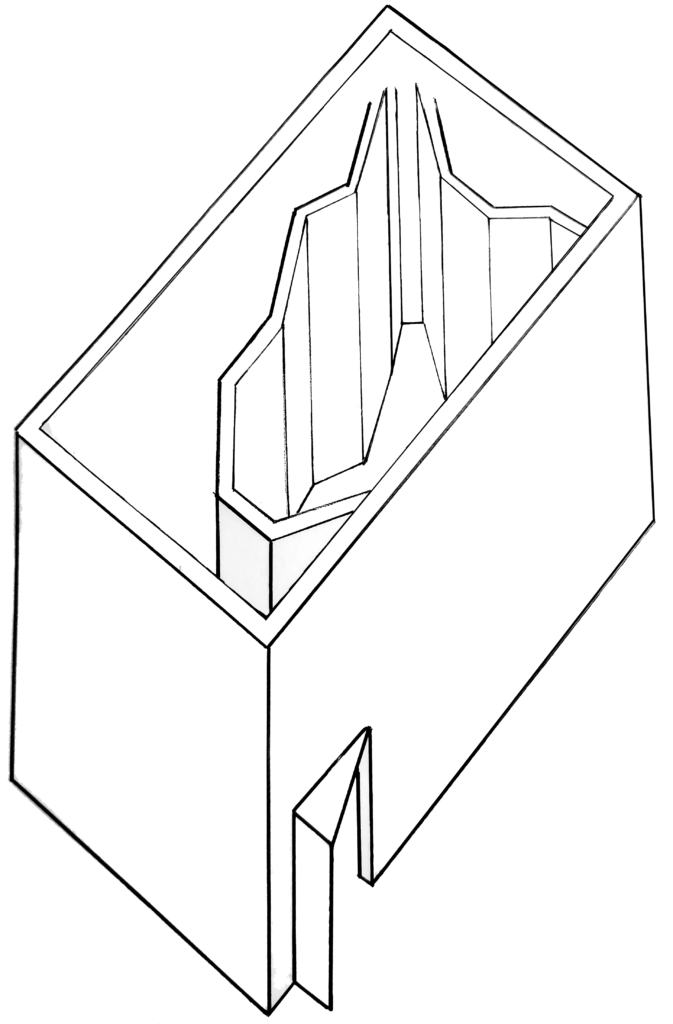 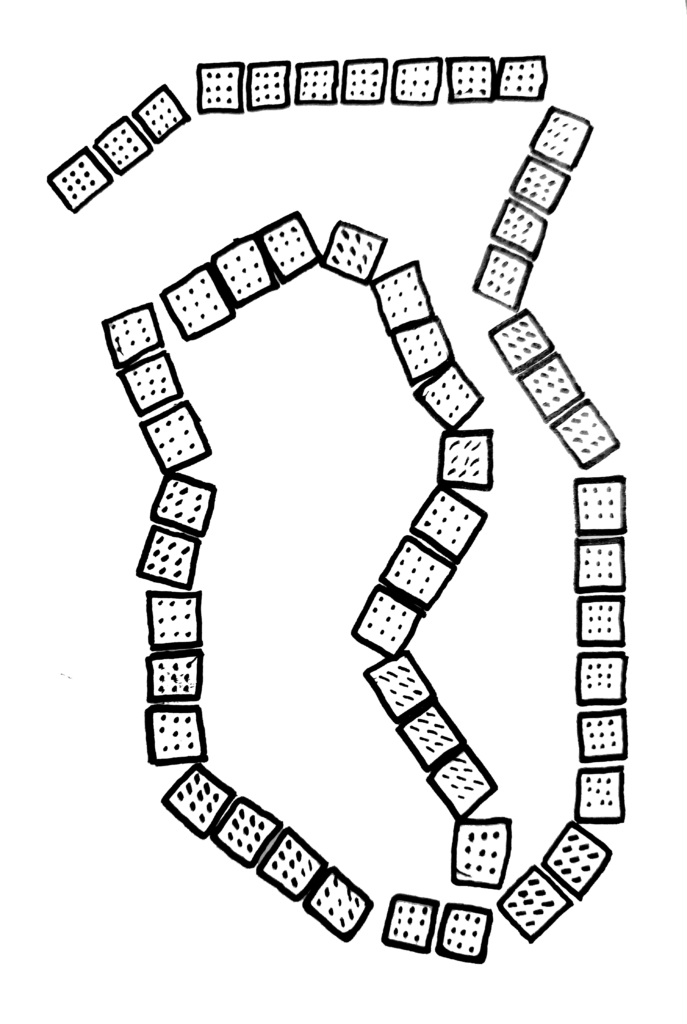 Narrowing down from a wide study of disabilities, I decided to design an acoustic space for a person who has retinitis pigmentosa, a form of legal blindness. Arendt’s ‘Human Condition’ excerpt mentions that appearance constitutes reality. In the absence of sight, other senses constitute ‘appearance’ in this context, such as sound and smell. A painting by Pieter Bruegel’s’ ‘The Blind leading the blind’ 1568 gestures to the shift from myths linking blindness and clairvoyance; to a less revered standpoint starting during the medieval period. With the word ‘seeing’ associated with understanding and experiencing, it is important to differentiate between ‘seeing’ and ‘vision’. Whilst undertaking this research, I made a video relating to one person’s experience of RP and noted other sensual ques that help people with RP move and inhabit a space. I also attempted some blind drawings to better understand the mind’s eye and ability to map out through other information. Architect Bernhard Leitner uses sound as a material to define space, which is integral when designing for someone with RP. My design relies heavily on the senses of sound and texture, meandering through the building. The space has reverberated acoustics when entering. This changes with the timber structure that dampens any echo, creating a cocoon-like atmosphere for the visitor.

The Beauty of the Macabre

An Outside Space, Inside