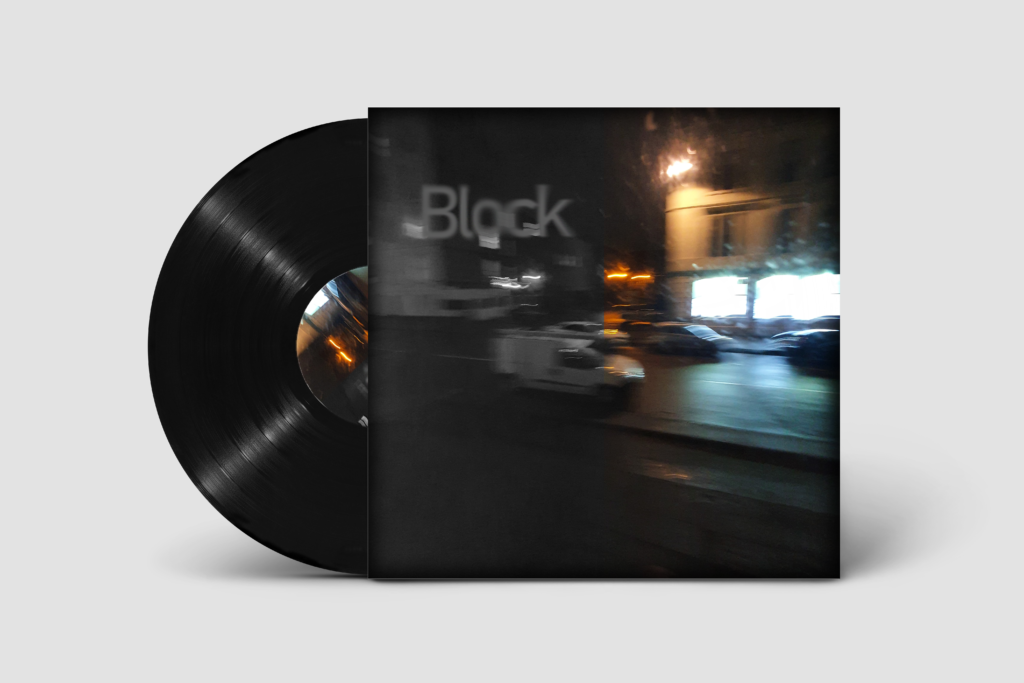 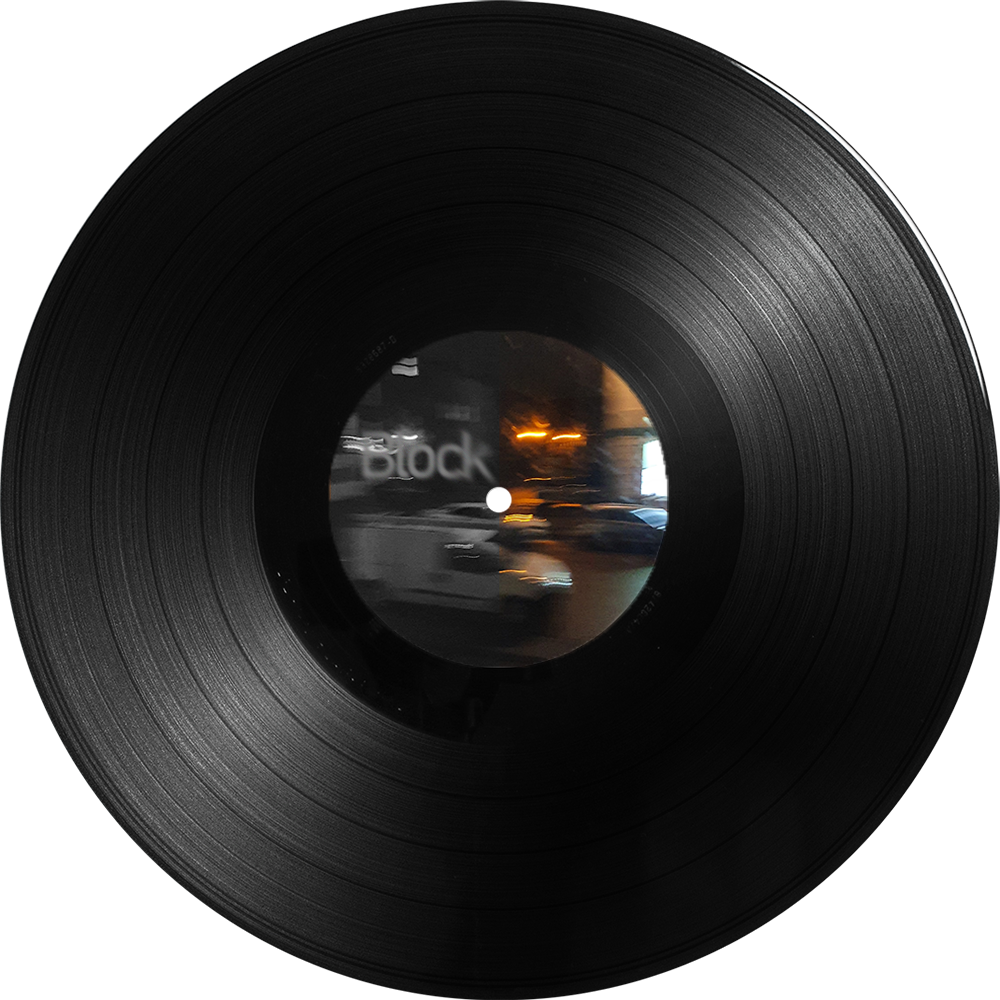 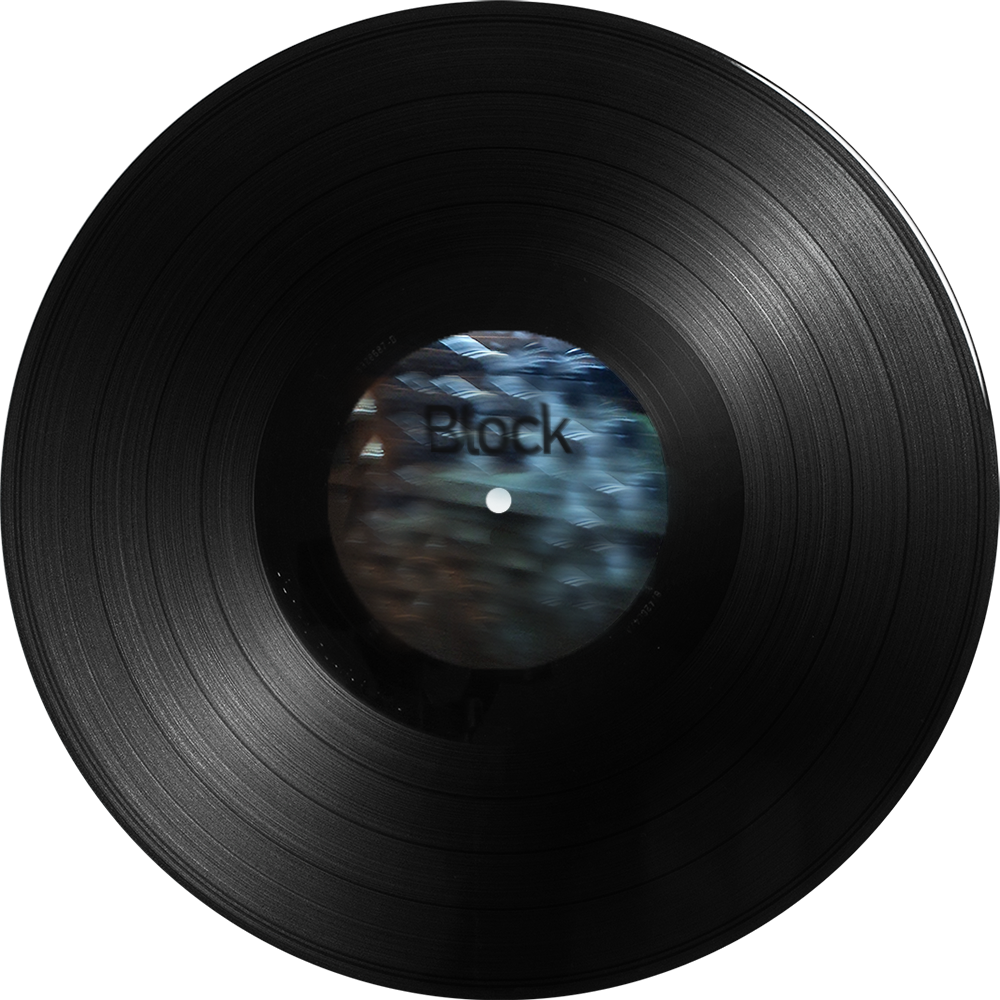 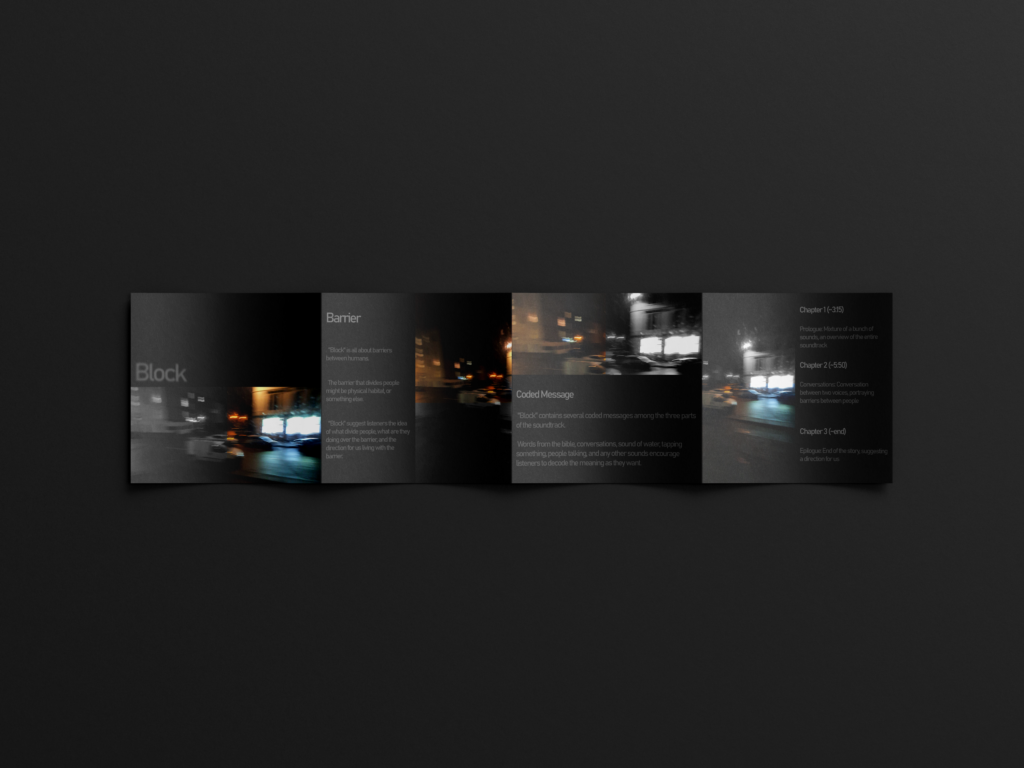 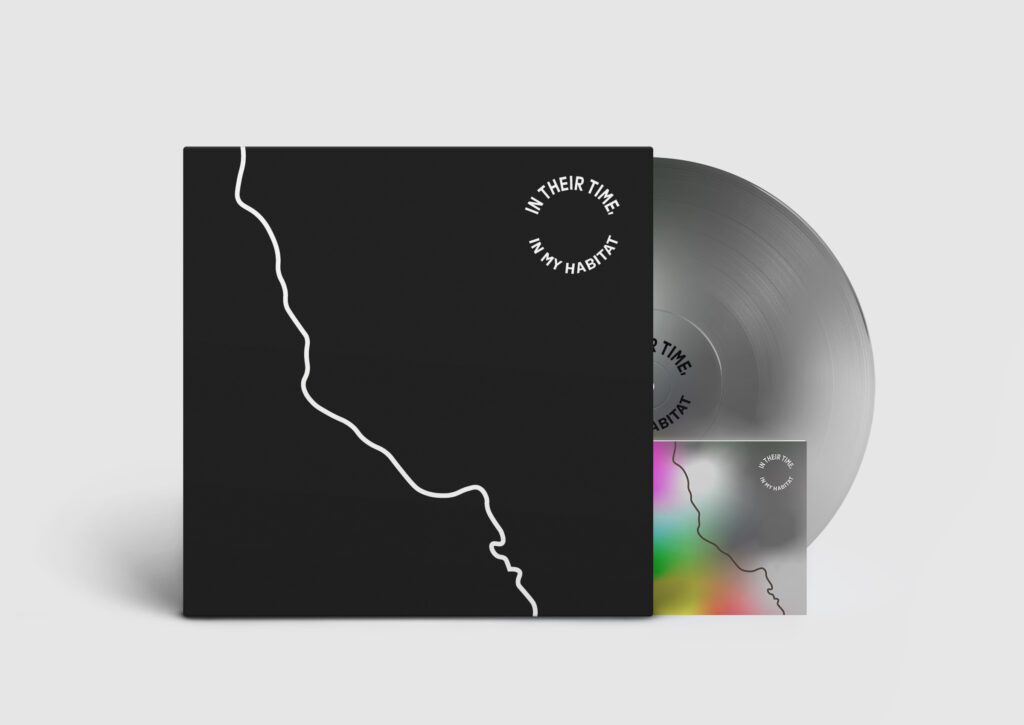 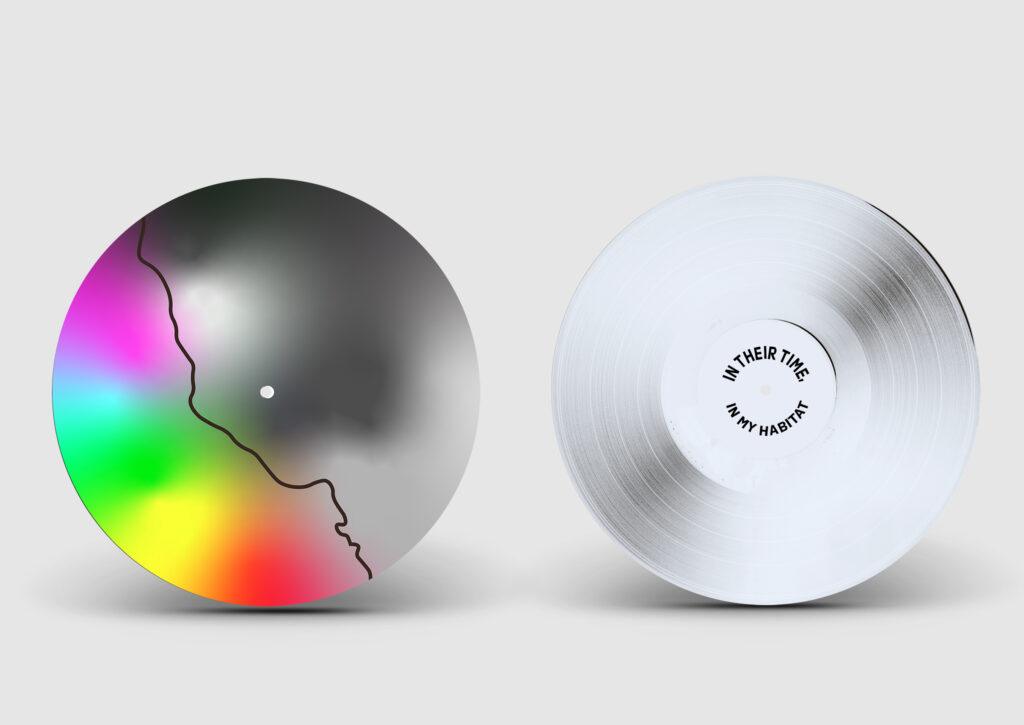 IMAGE: Pavla Geschwandtnerova - Clear vinyl record and a card backing with design mockup, to be put into the record player together (one on top of another) 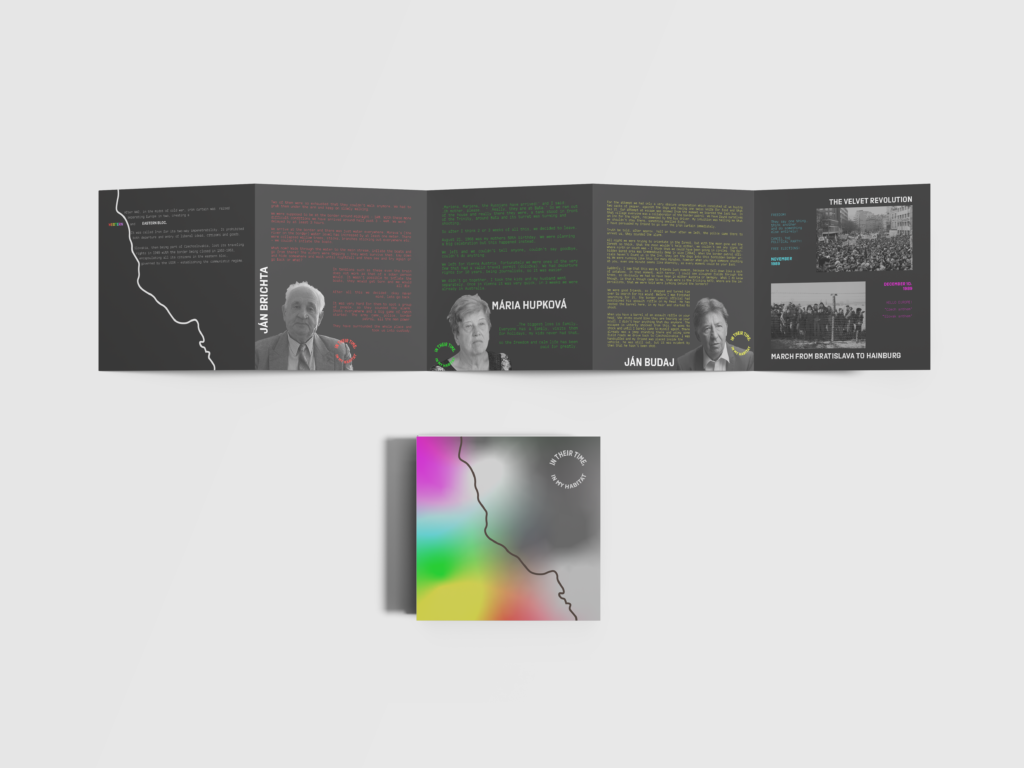 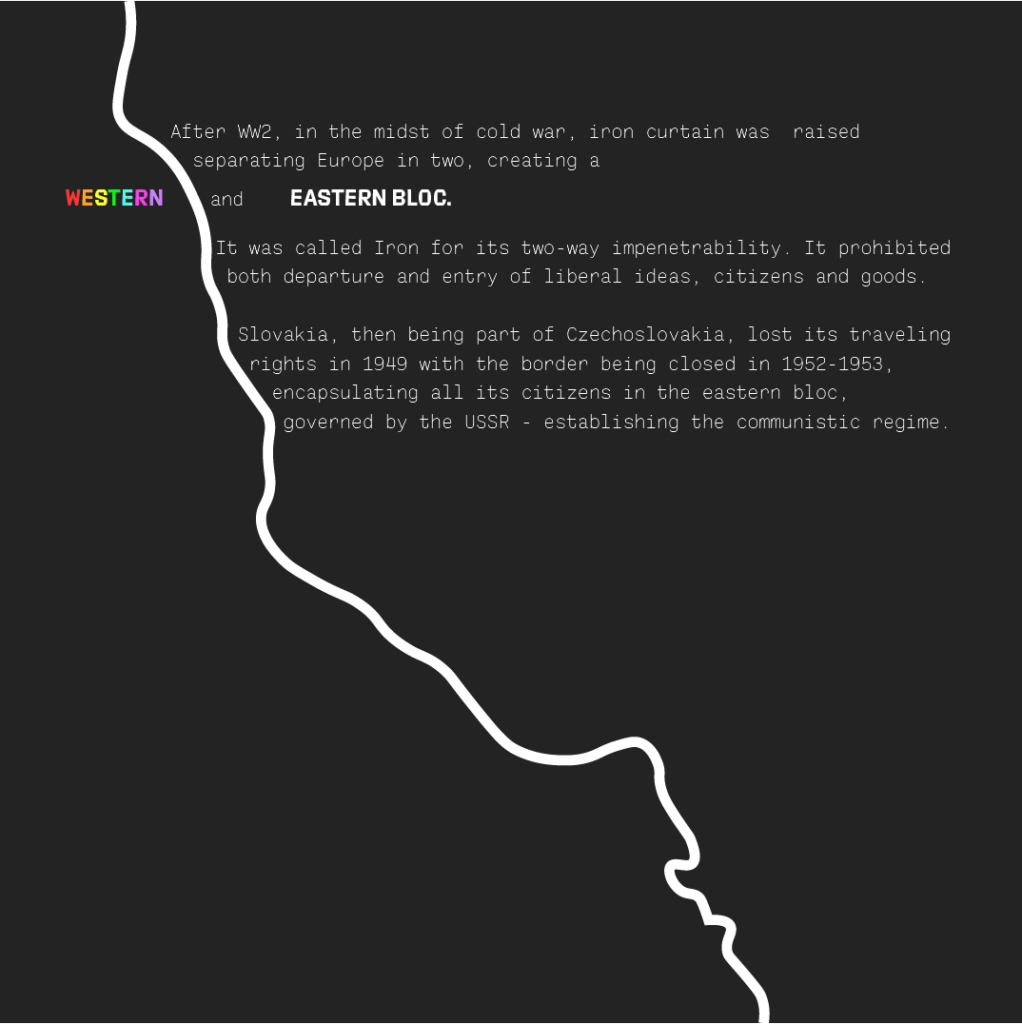 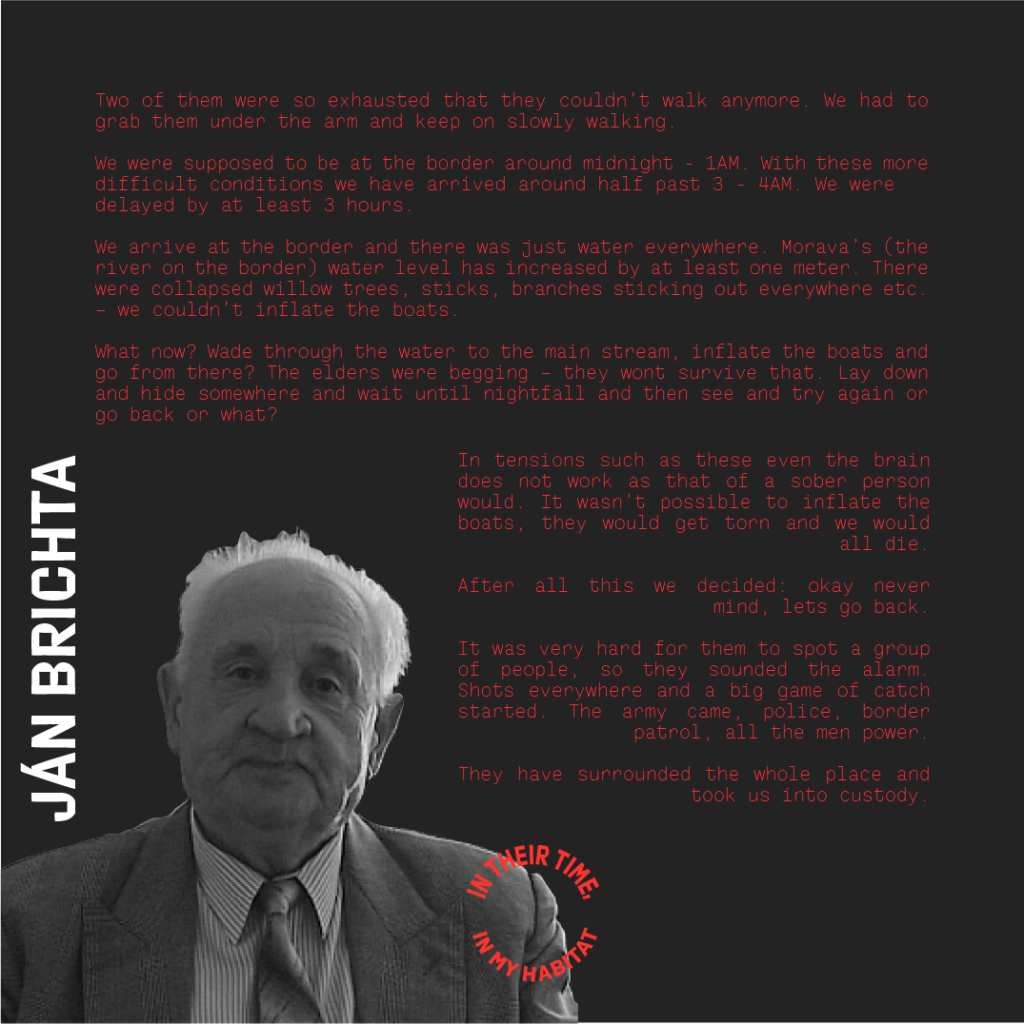 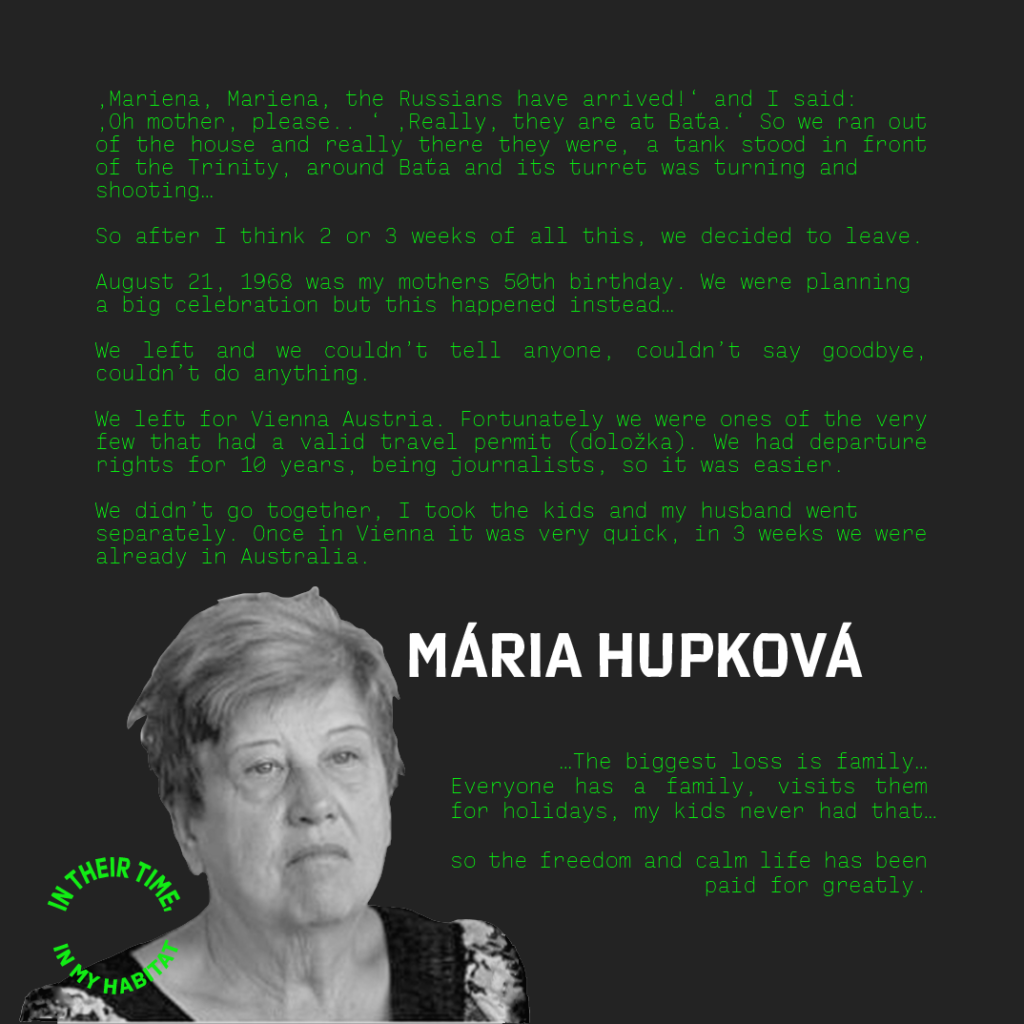 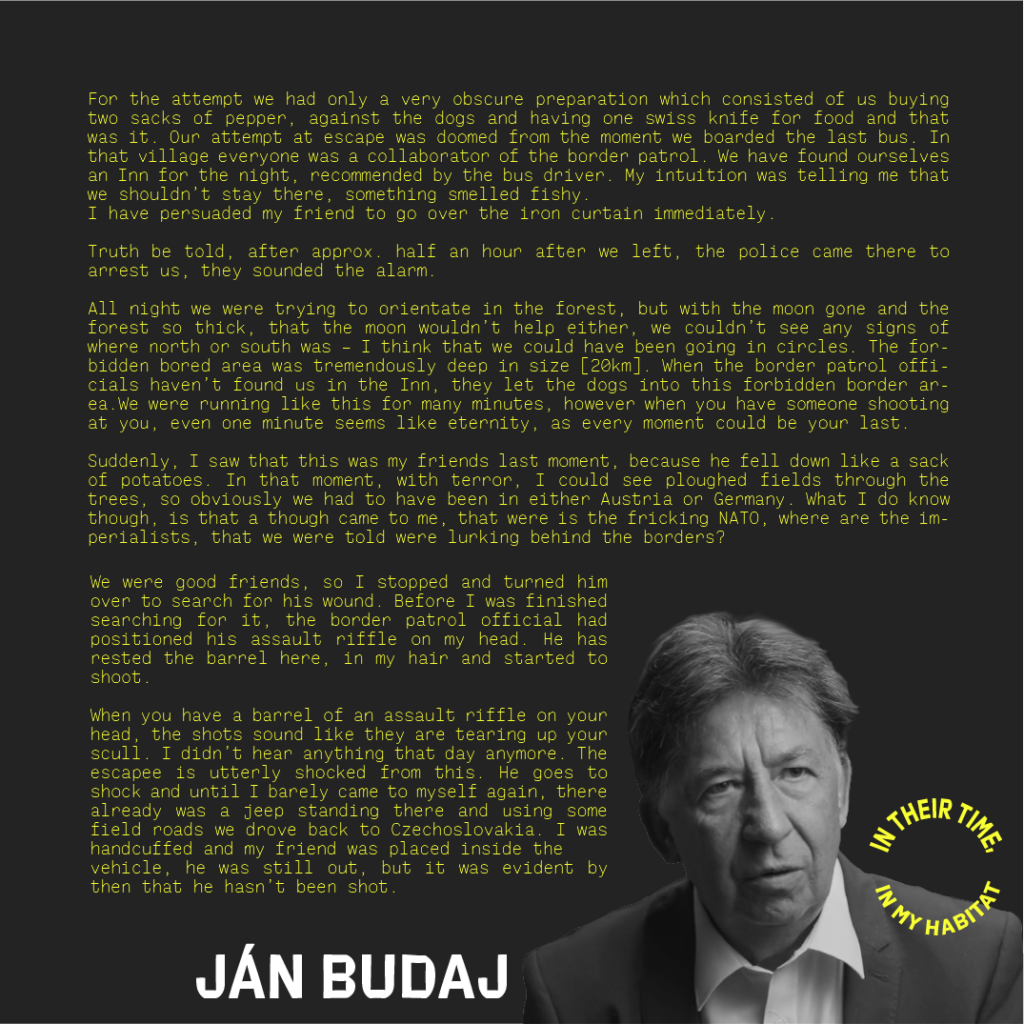 IMAGE: Pavla Geschwandtnerova - forth page of brochure (for reading) 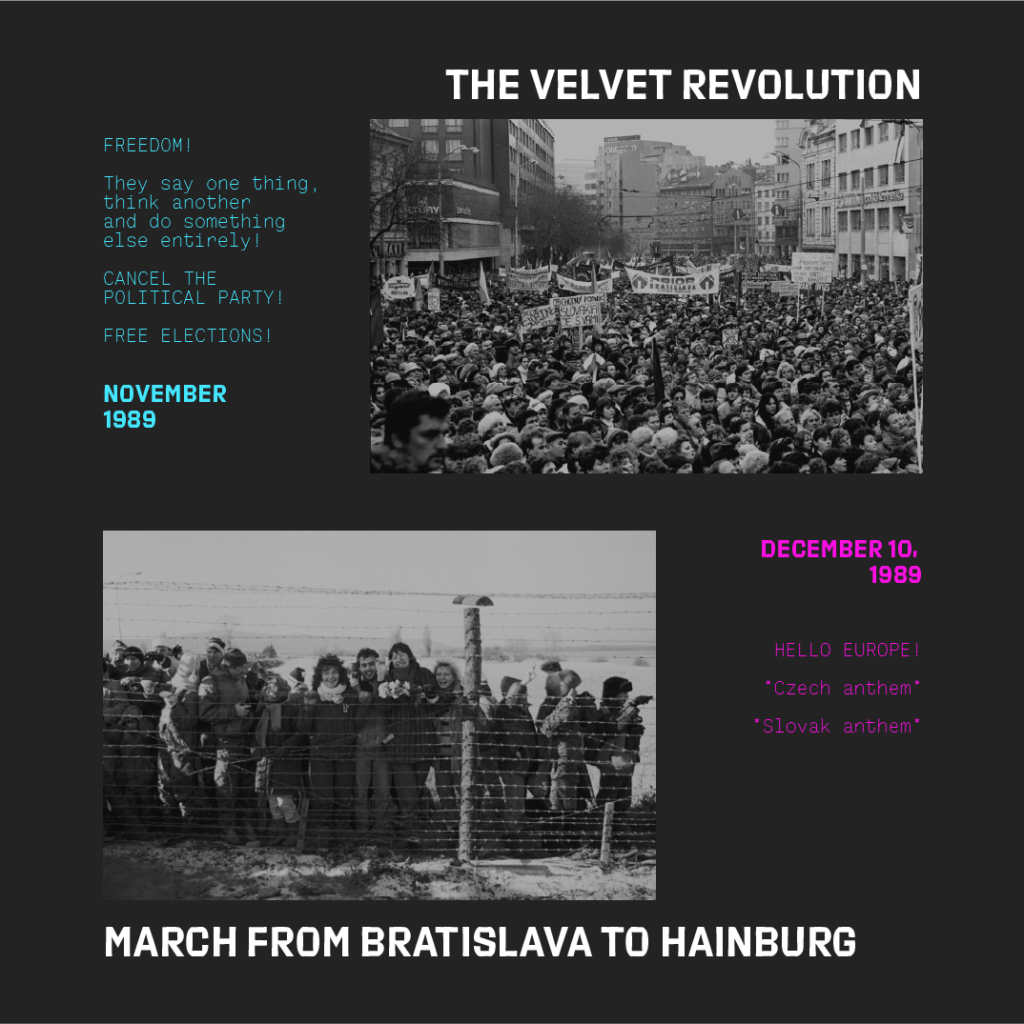 The theme that we have all worked with respectively was: borders and barriers and also broadcasting (over them). We have used sound as the medium and would ideally present it in a form of vinyl records.

Clive San Eun -“Block” is all about barriers between humans. The barrier that divides people might be physical habitat, or something else. “Block” suggest listeners the idea of what divide people, what are they doing over the barrier, and the direction for us living with the barrier.

“Block” contains several coded messages among the three parts of the soundtrack. Words from the bible, conversations, sound of water, tapping something, people talking, and any other sounds encourage listeners to decode the meaning as they want.

Chapter 1 (~3:15)
Prologue: Mixture of a bunch of sounds, an overview of the entire soundtrack

Chapter 3 (~end)
Epilogue: End of the story, suggesting a direction for us

Pavla Geschwandtnerova – In their time, in my habitat

Since my current habitat is very close to the Slovak border with Austria, I decide to base my work around how it was to live here one or two generations back with the presence of the iron curtain separating Europe in two. Since from where I reside currently, the wester bloc was so dauntingly close, yet completely out of reach, I decided to focus on the theme of people crossing the border. I have gathered multiple authentic first hand stories of people who attempted and failed/succeeded to cross the iron curtain and used original recordings of them, mixed with (mostly) my field recordings in order to tell their stories using only sound. Since I decided to use their own voices for authenticity, and they are in Slovak language, I have provided a leaflet with translations to go with the piece. The field recordings have been conduced in the locations where the iron curtain once stood, in order to convey the habitat as closely as possible. The sounds or the velvet revolution and the march to Hainburg in the end of the piece are also authentic recording from that time, found in the Constitution of the National Memory archive (as were the first hand experiences). The sounds that I was not capable of recording by myself were sourced from free sound banks or online. In regards to the brochure – the crooked line in some of the designs is a tracing of the border next to where I reside, between Slovakia (right) and Austria (left); the images used in the brochure are also authentic photos of the specific people and of the velvet revolution/the march to Hainburg.

For my project I set off on a journey across Glasgow from the East End, through the center, to the West end. Inspired by real wide band radio signals, captured online, I took field recordings from interactions with physical barriers and borders and edited them together into a soundscape for each area, to bring it into analog I recorded these sound scapes onto cassettes and continued to work on them. These recordings could now be broadcast over the Glasgow’s borders; using physical barriers to connect areas separated by non physical barriers. Or could be broadcast/listened too as one journey providing an experience for each area of Glasgow.