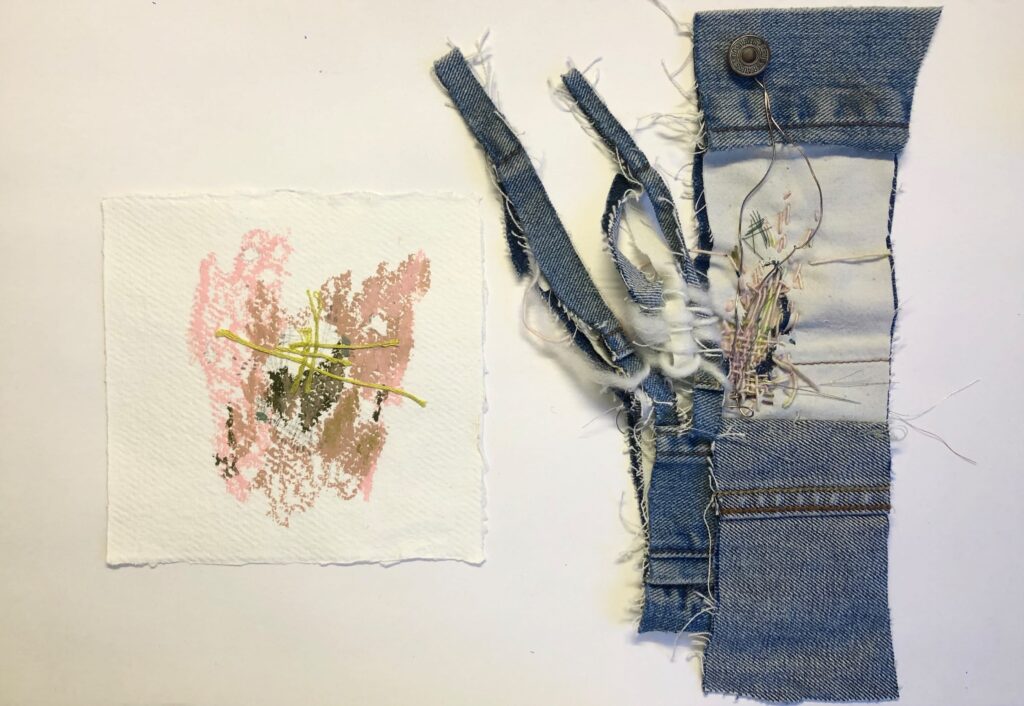 IMAGE: Subverting traditional way of darning; in a way turning it into its own object. Using mediums that may not hold. 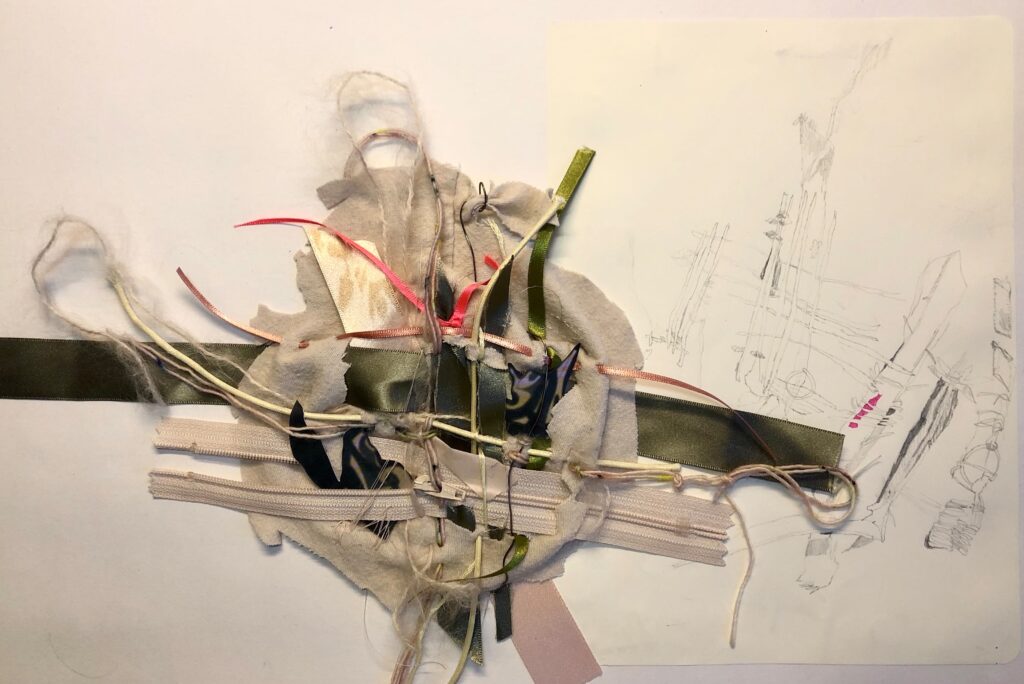 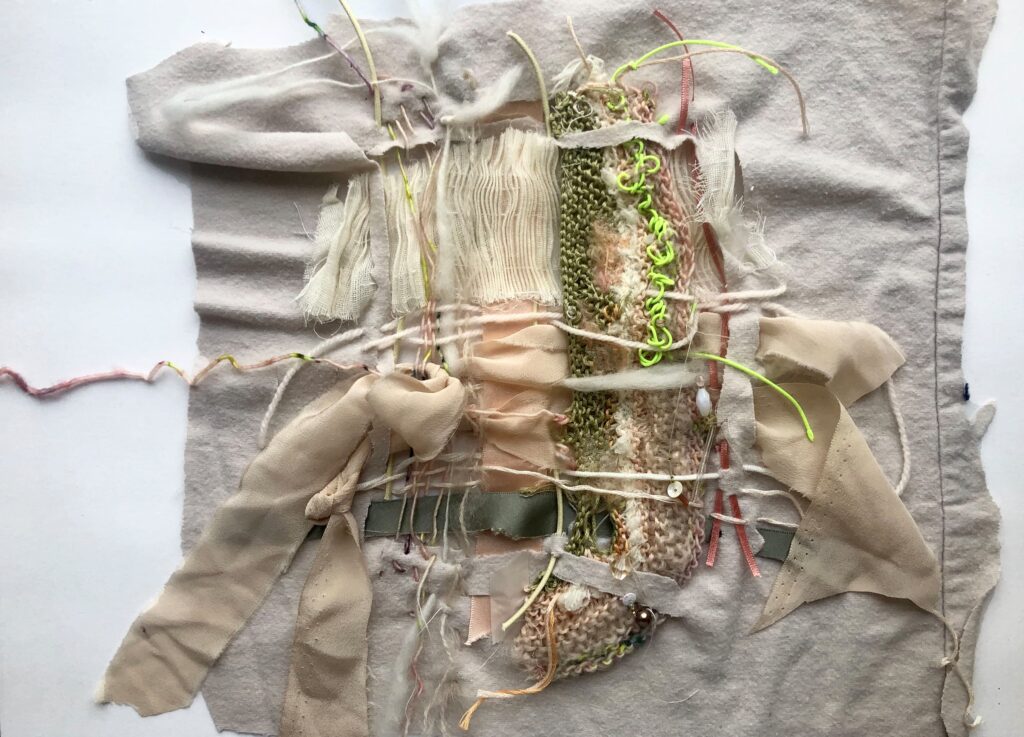 IMAGE: Subverting the scale - I used a knit sample as if it were a single piece of thread. 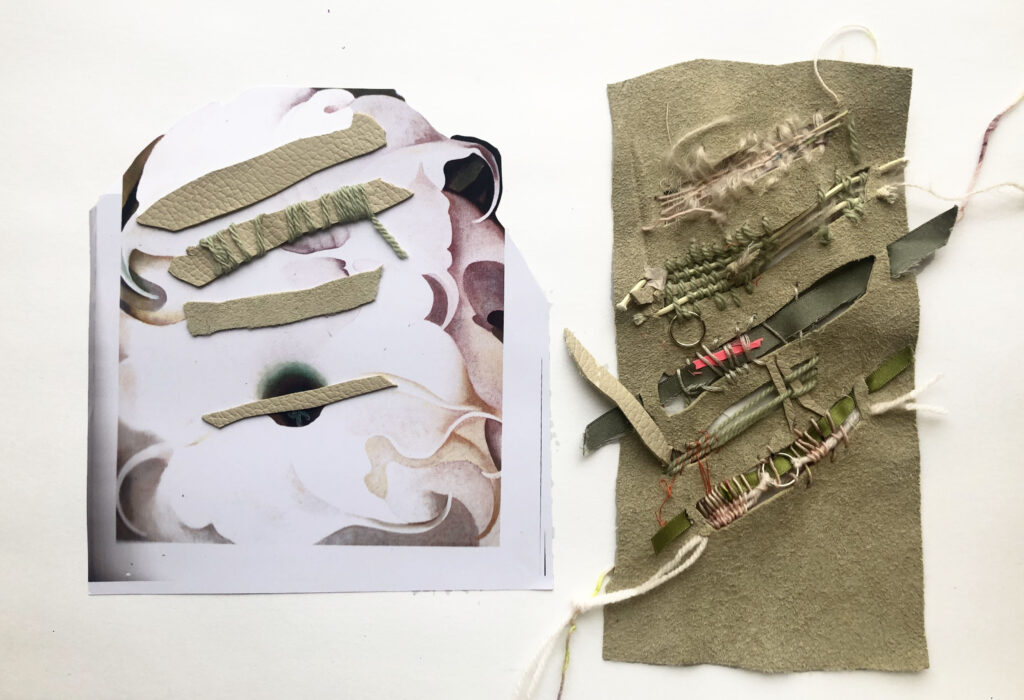 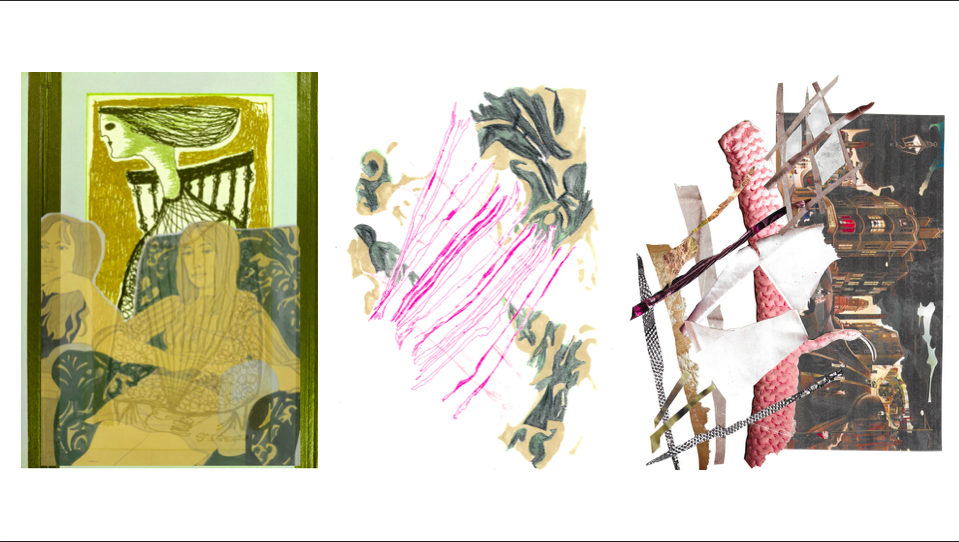 IMAGE: Looking at similarities of both Robert Stewart and Alasdair Gray's work. Collaging fragments of the two artists together. 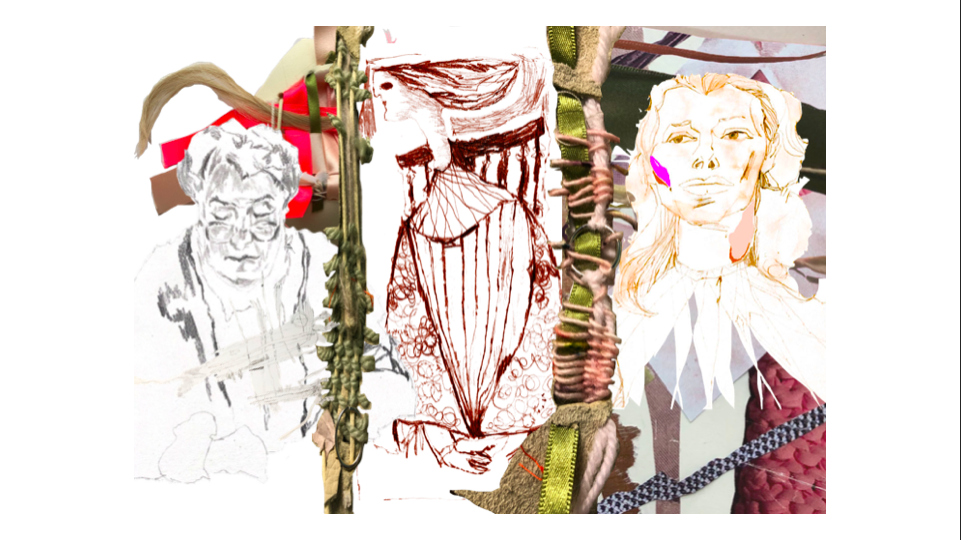 This project has taught me that an integral part to being human means is to experiment without limitation and without the strive for perfection. Learning a new skill, creating it into your own, and subverting it into its own object. After researching my archive piece ‘Folder of Machine Embroidery’ by Robert Stewart, and hearing the idea that Kath Whyte had challenged Stewart to create a piece in embroidery, that strayed from his conventional medium of print, made me think about creative impulses and experimentation as a sole purpose. I started to think about the similarities between Robert Stewart and artist and writer Alasadair Gray, and the parallels of their lives and works. In particular I looked at Lanark: A Life in Four Books, and how the deliberate unordered sequence of the books, titled three, one, two, four, creates a parallel to Stewart’s triptych, yet shows how the two subvert each other; the dislocated and fragmented order poses questions about the differentiating consciousness and unconsciousness of the mind, society and self, within both artists work. Stewart’s piece is almost an unconscious zone and instinctive flow of experimentation – I looked at him as the unconsciousness of the mind when creating, his piece being unperfected. Juxtaposing this, the clear profoundness to Lanark, a semi auto-biography, written over decades, I see it as the stream of consciousness, although dream-like. The two realms of creativity, both equally as distinguished, subvert one another. Not all creation needs a profound meaning behind it, and that’s what I tried to experience in my own work.