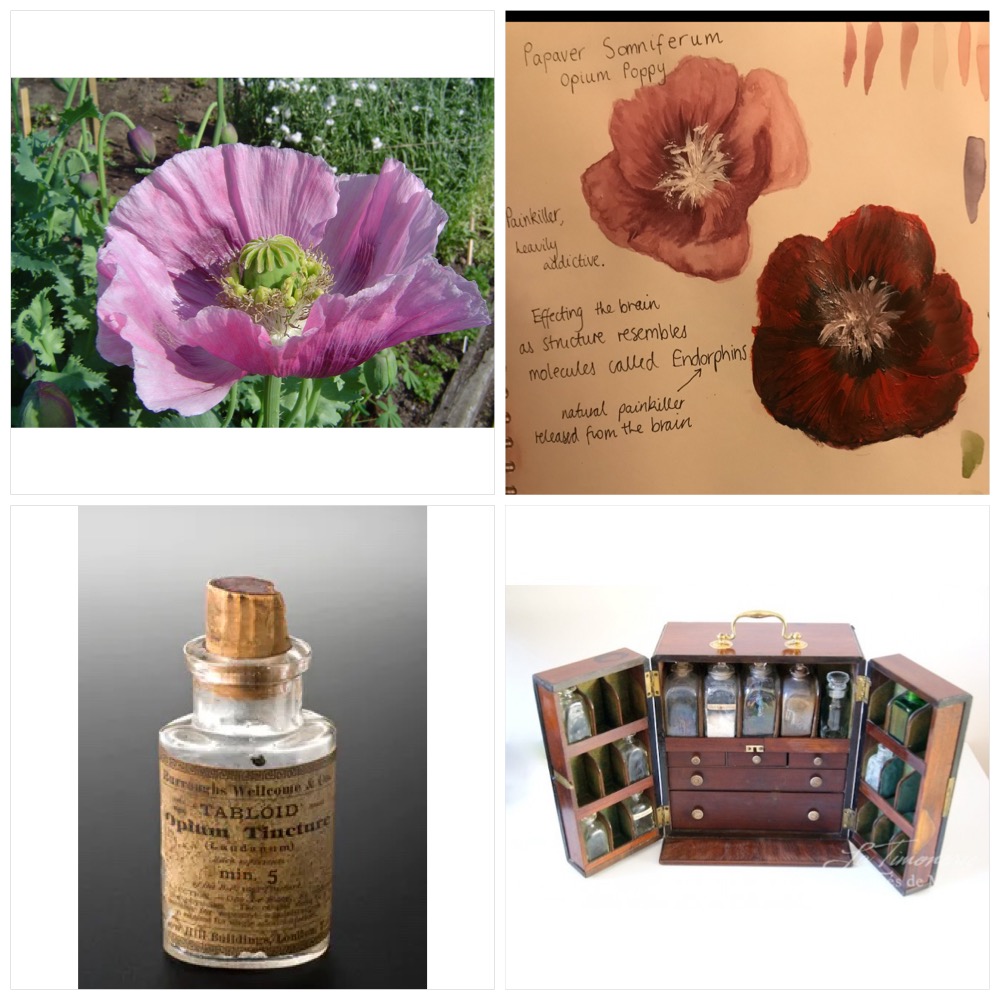 IMAGE: From the apothecary box, opium being a main ingredient in almost every medicine. I realised when looking into the Poppy where the Opium is from is really beautiful. 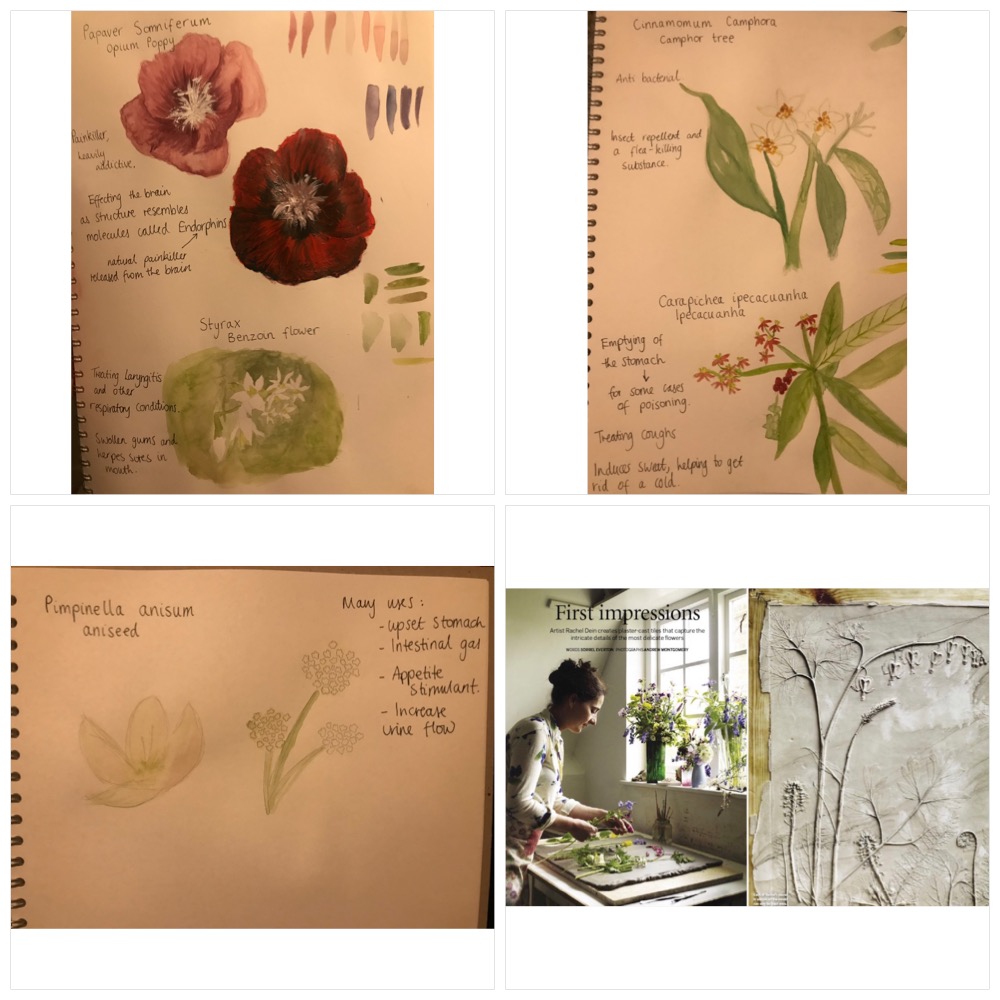 IMAGE: I went on to research into some of the bot aids used in the medicine. Finding out their uses. Some secondary research too. Artist who pressed flowers. 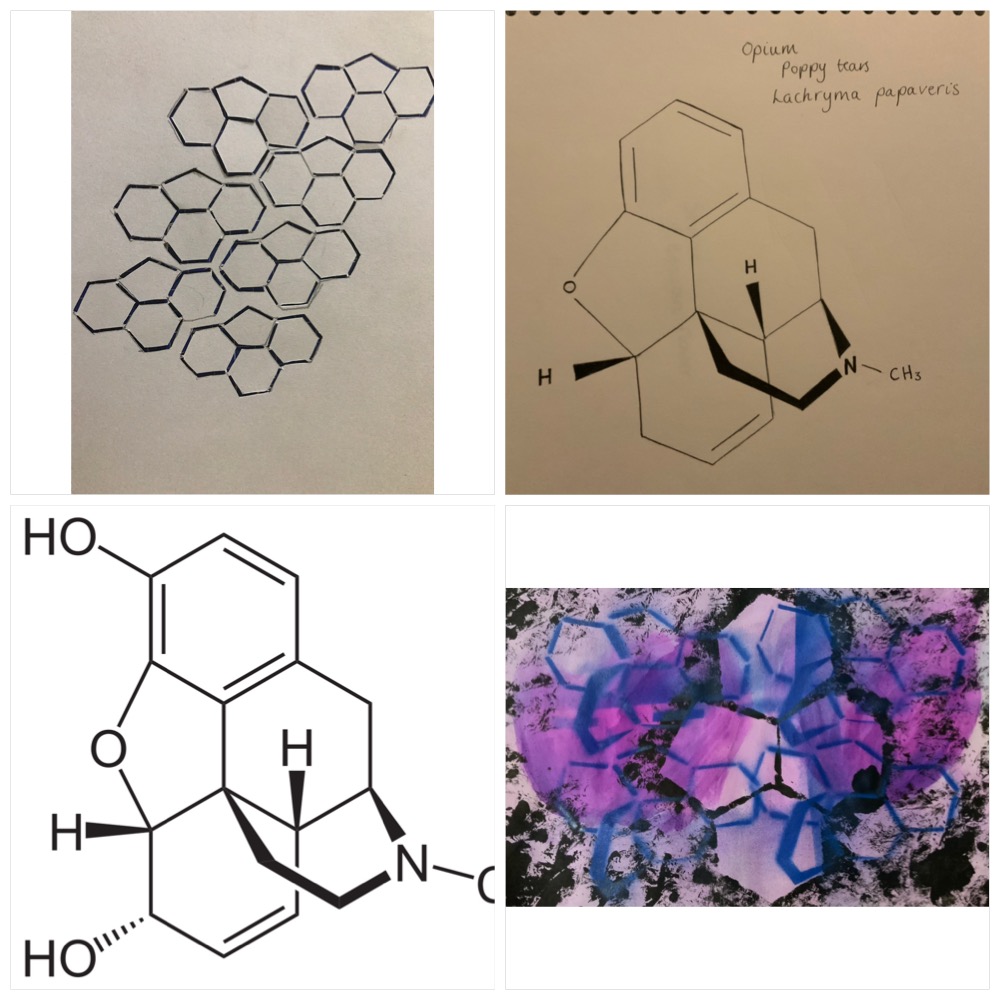 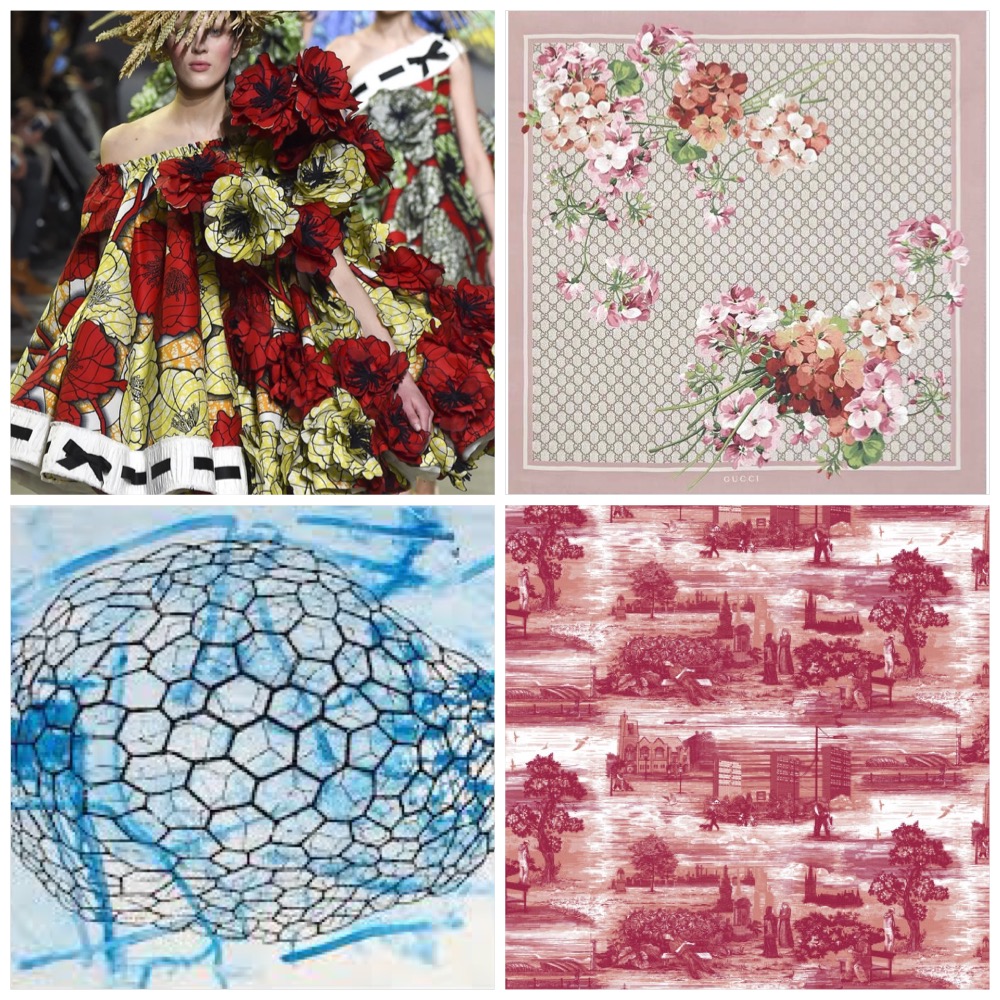 IMAGE: Some more secondary research. Looking at found image. Timorous Beasties - from a far things may be pretty but up close a more sinister feel. Layering a base pattern with other images over was something I was intrigued to explore. 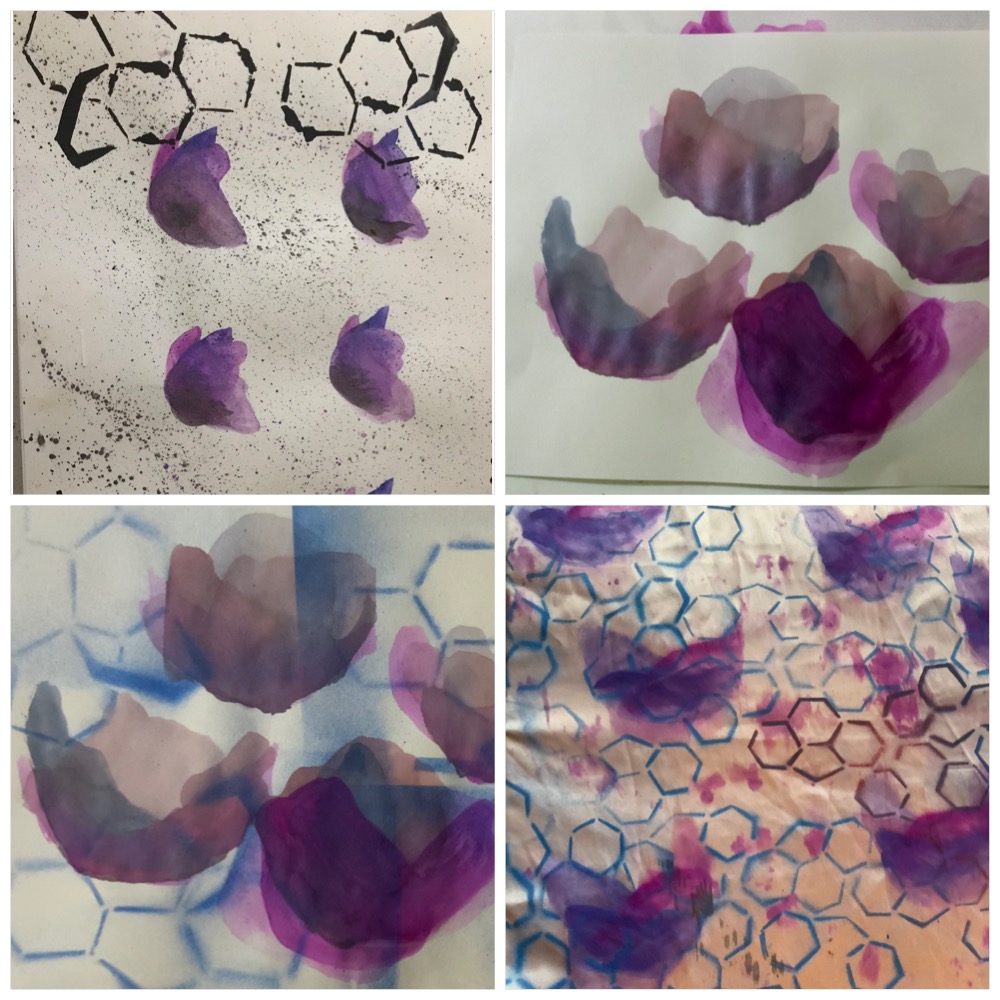 IMAGE: Loose water colour paintings of the Opium Poppy. Moving on to using my stencil to spray paint over and finally moving onto fabric. I did not have the correct fabric I had a similar silk like material from an old dress. Going on to use red and blue spray paint (didn’t have the purple I wanted) the create the base of my scarf and going over with water colour to create the Poppies. I decided to go in with some splashes of paint to brighten the scarf up. 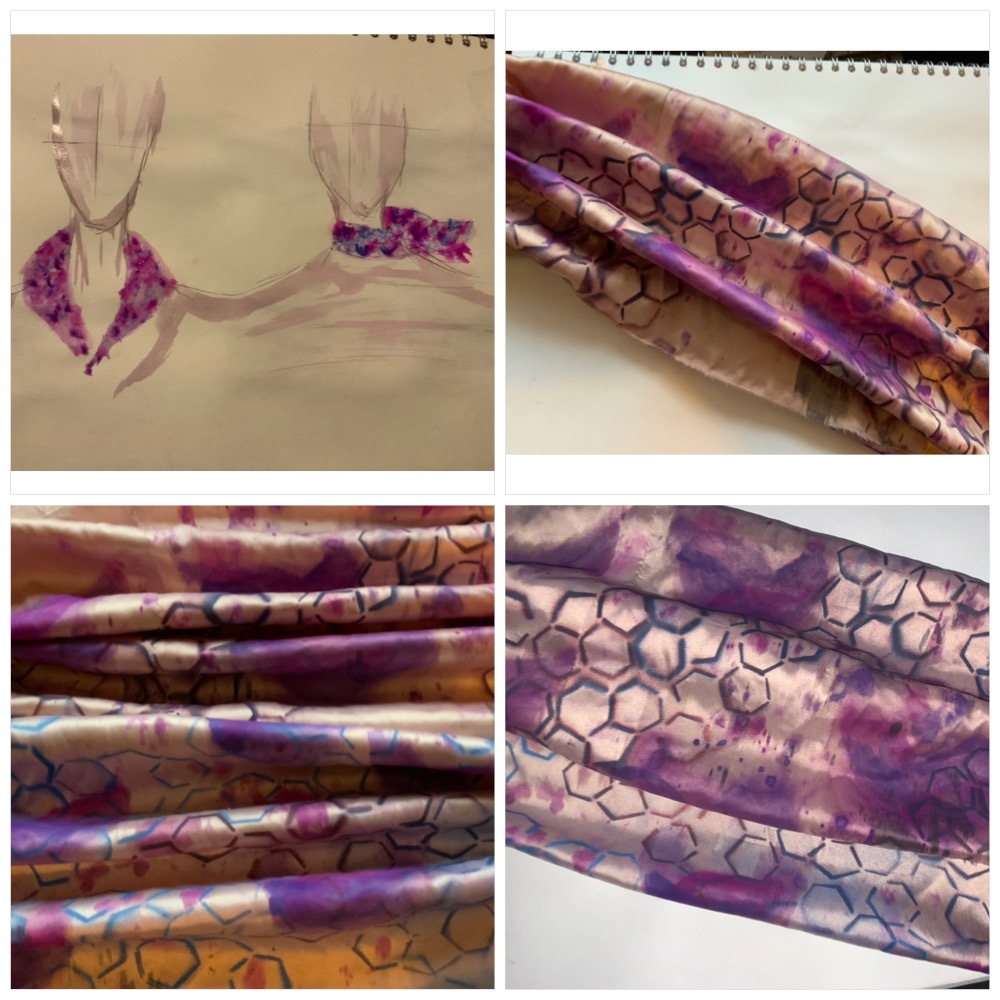 IMAGE: My finished result. It was quite difficult to photograph as I didn’t make it quite a big as I would have liked. But my end result is exactly what I hoped for. The contrast of pretty silk with an opioid scientific structure pattern over layering to me is quite intriguing. 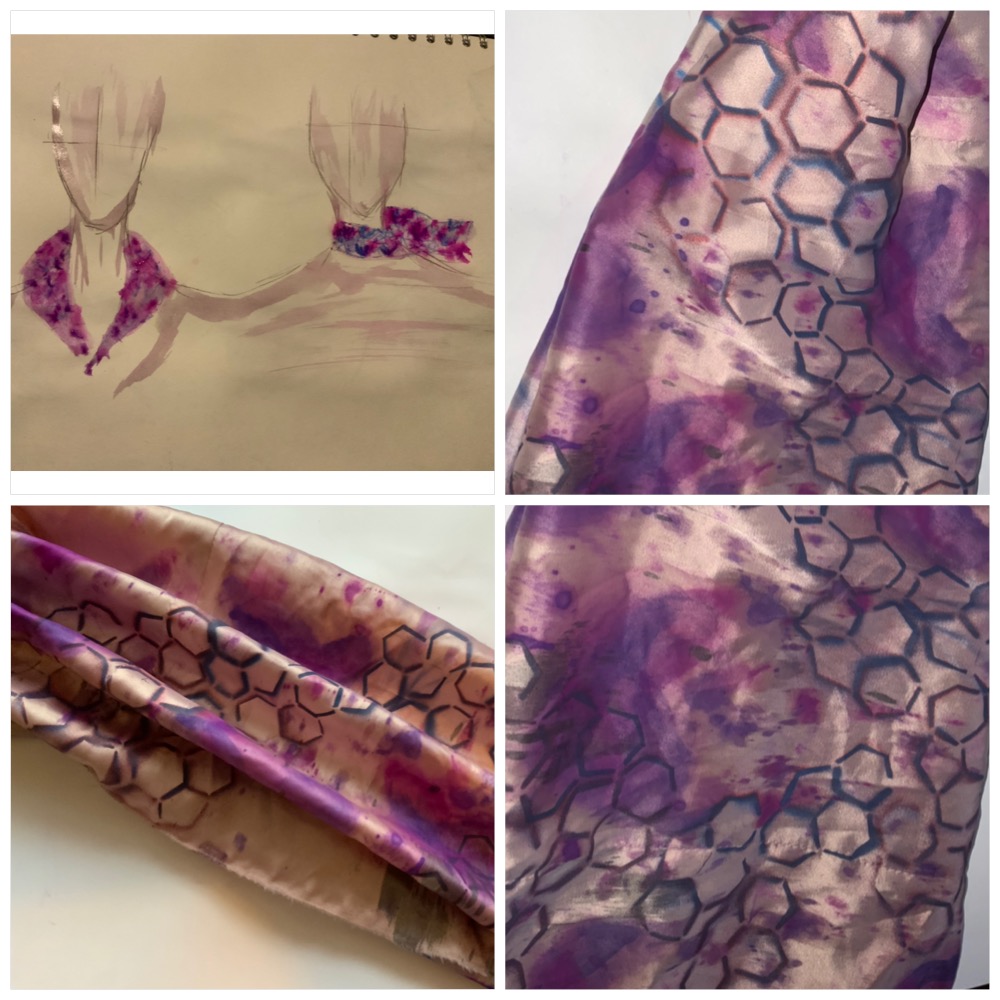 IMAGE: Some more images of my final piece. Moving forward form this if it was to be made again with more appropriate materials. It would be made on 100% silk with acid inks being used for the pattern to give the most vibrant finish. The size not being large as I want to keep it delicate.

When choosing the apothecary box it was clear to me I wanted to do something with botanics. Looking into medicine that was carried in it was clear that opium was popular. With knowledge now we realise how dangerous opium is when not controlled properly. I found it fascinating how beautiful the opium poppy is yet how harmful it can be. The common field Poppy and the opium poppy are quite different, the more recognisable field poppy being only up to 6 inches tall, the Opium Poppy towers above it with it reaching 40 inches. Using the colour scheme form the opium poppy I decided to go on to create a design for a silk scarf. This silk scarfs main base pattern being the scientific structure of opium. One day people may not know that opioids are derived from such pretty flowers. Layering these together I thought was almost funny. Silk is an important factor to my end product as silk to me has connotations with wealth and nobility or even it being sexualised but if you say opioid you think of some poor soul that has fallen down the wrong path in life.
Looks can be deceiving.