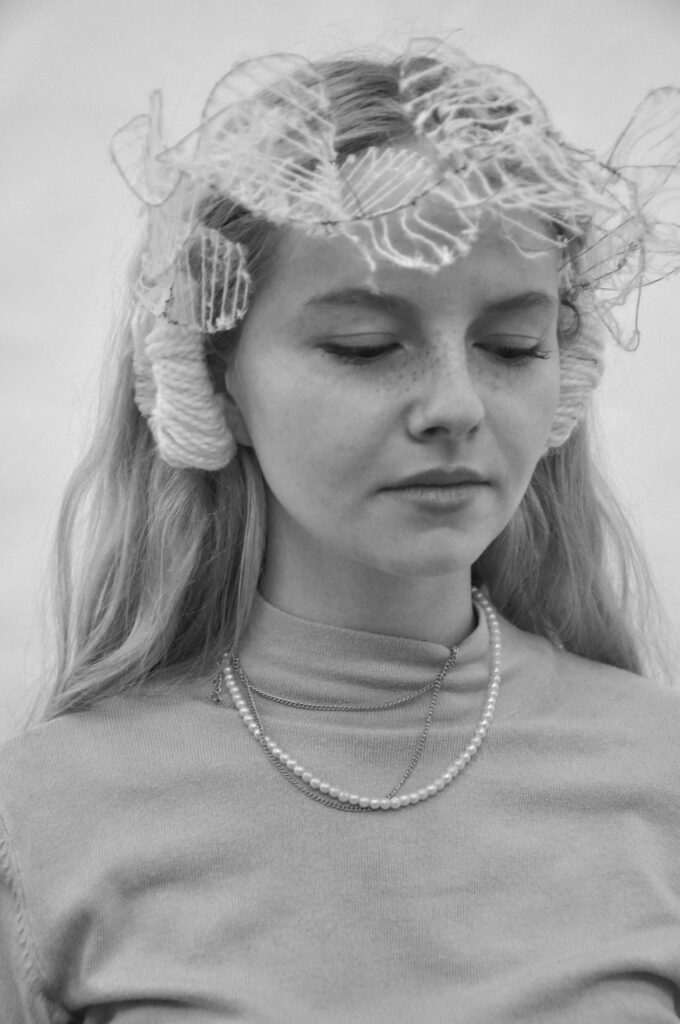 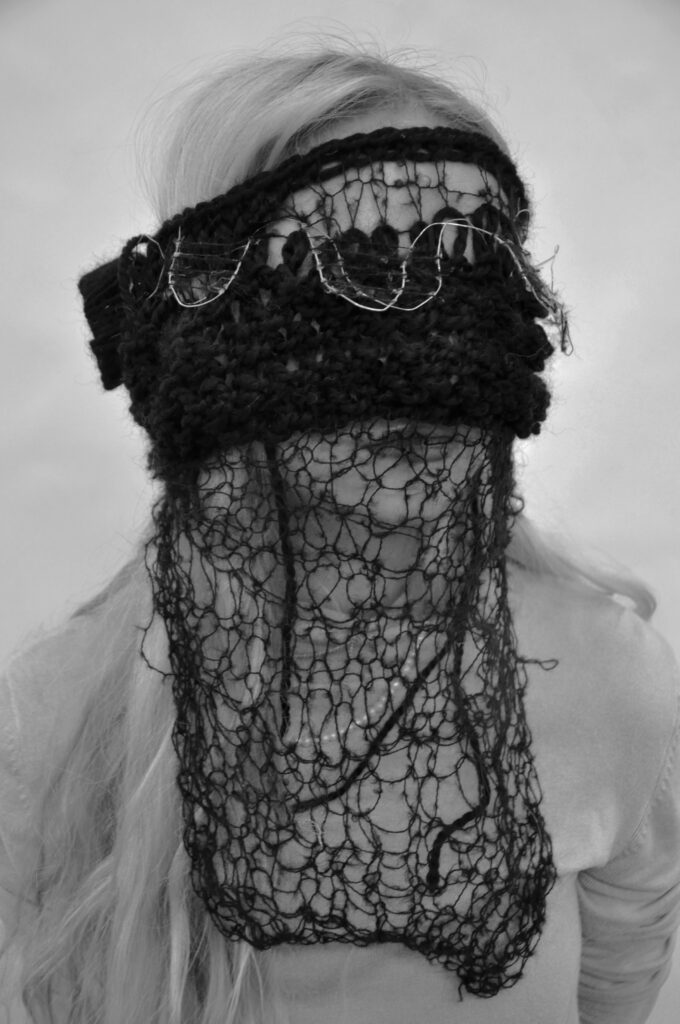 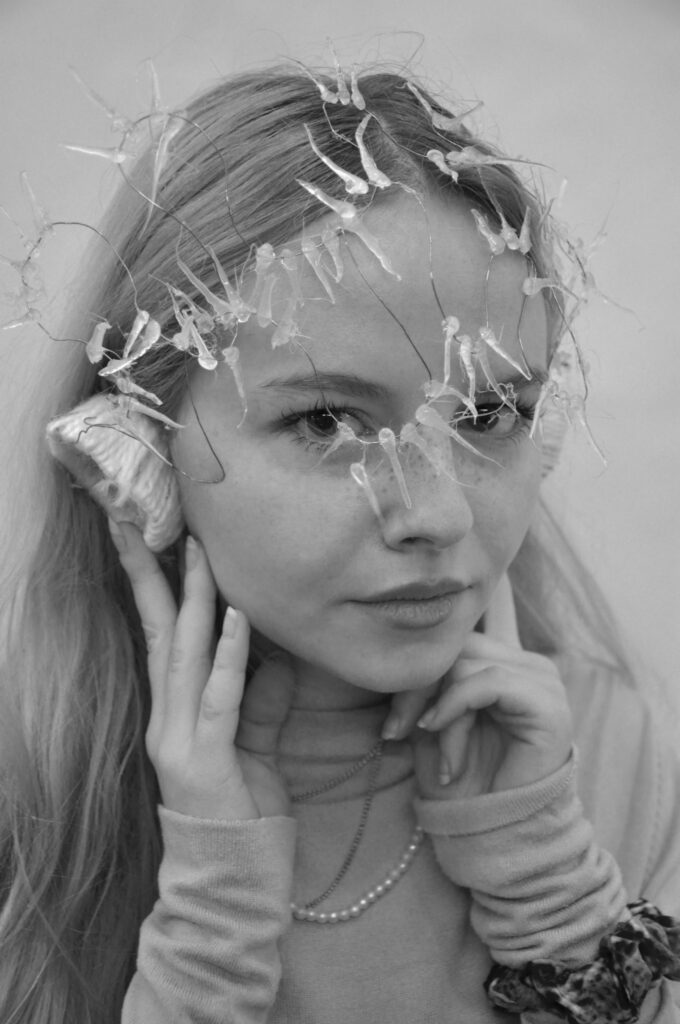 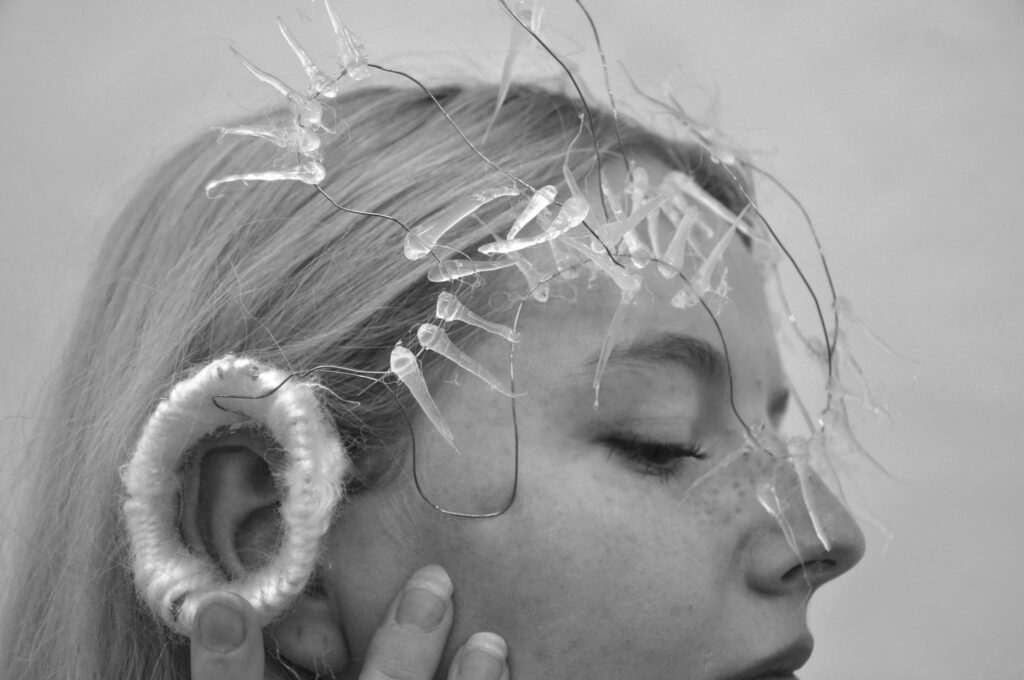 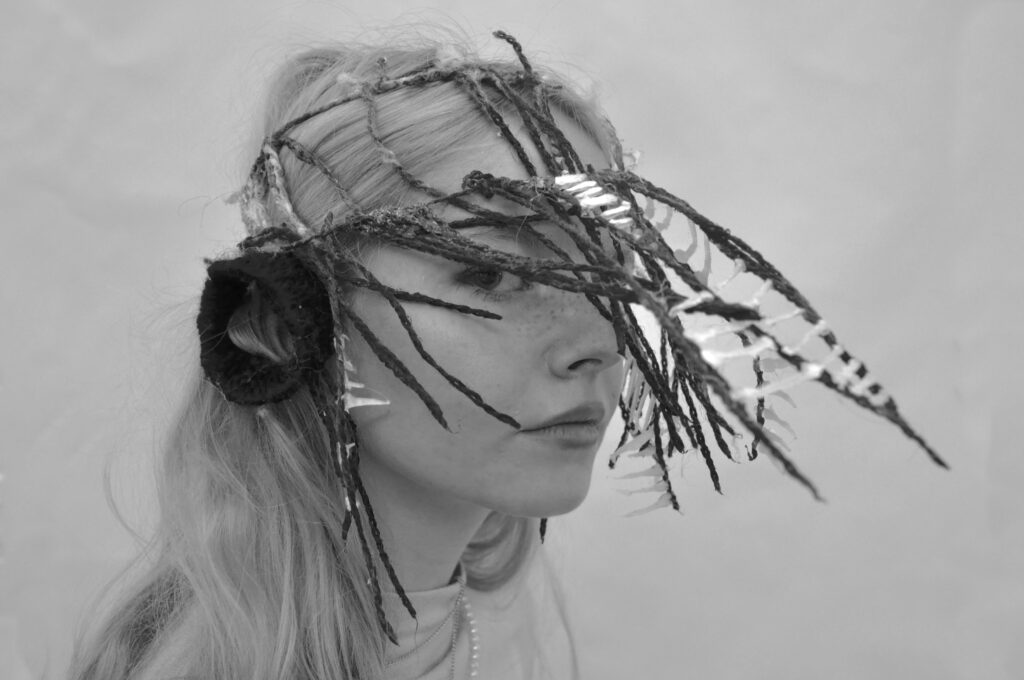 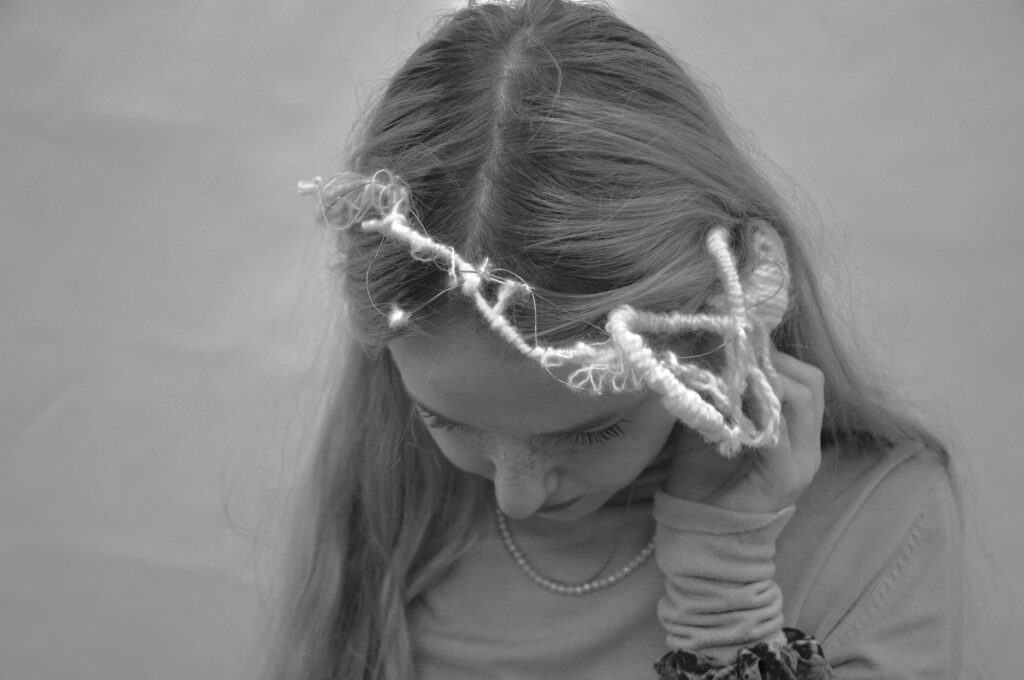 The noise has both positive and negative effects, and it strongly resonates between them. It can be beautiful when in a musical context or when looked at from a physicist’s perspective. Yet in textile factories both in the 18th century and now, as well as in the environment surrounding these buildings, sounds are deathly. This contrast had been explored in my work, where I tried to fluctuate between pleasantries of detail, floral, animal-inspired, victorian delicacy, soft, circular shapes and threatening, sharp, spiky wire, stretched thread,machinery-inspired and hardened yarn. The pieces vary but are kept in a black and white palette, alluding to instruments. The outcome is a collection of headpieces attached from ear to ear, recognising how humans perceive noise while also referencing hearing impairment. It is beautiful as it shows diversity in the way we perceive the world; however, it was still caused by greed, consumption and industry.