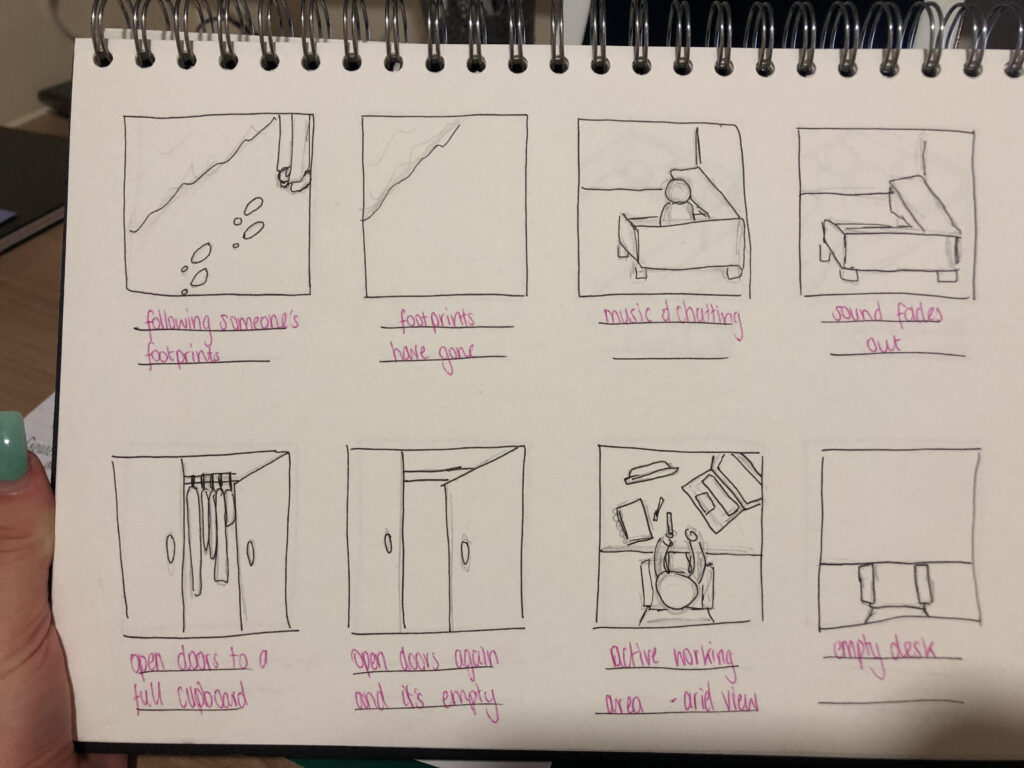 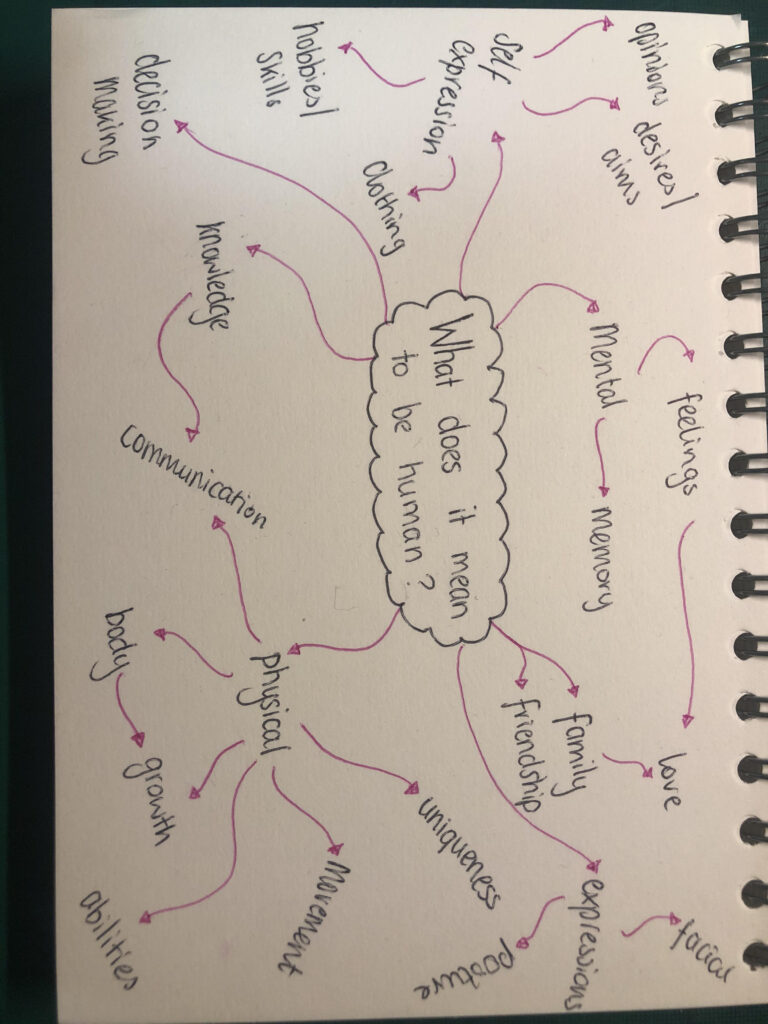 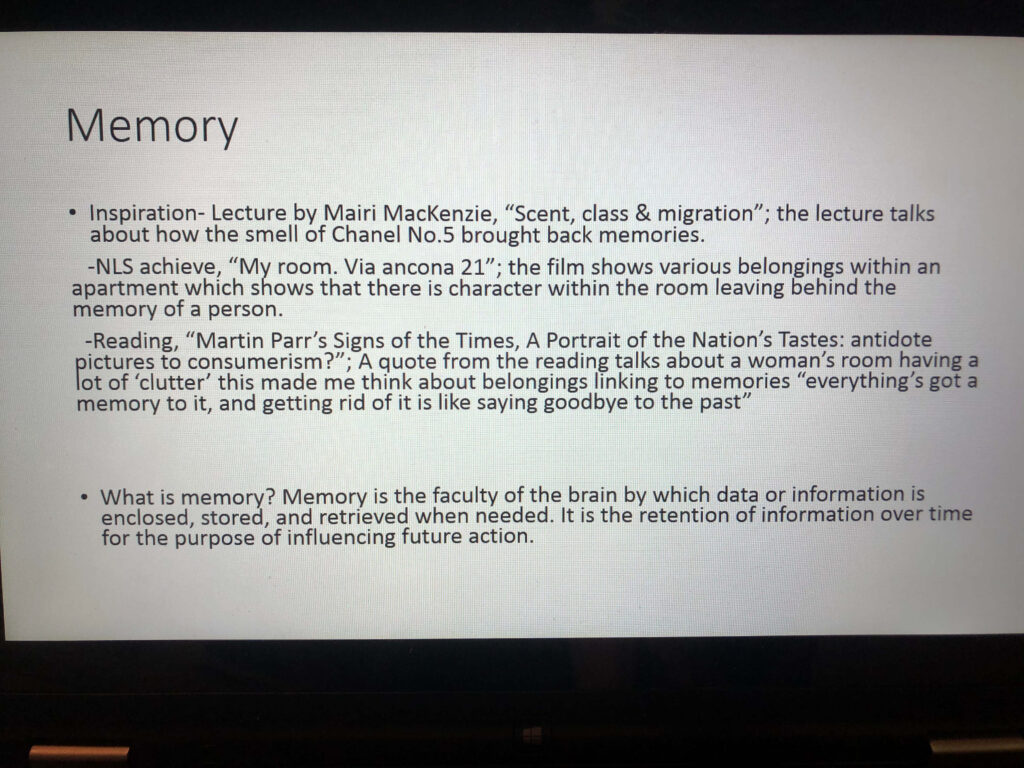 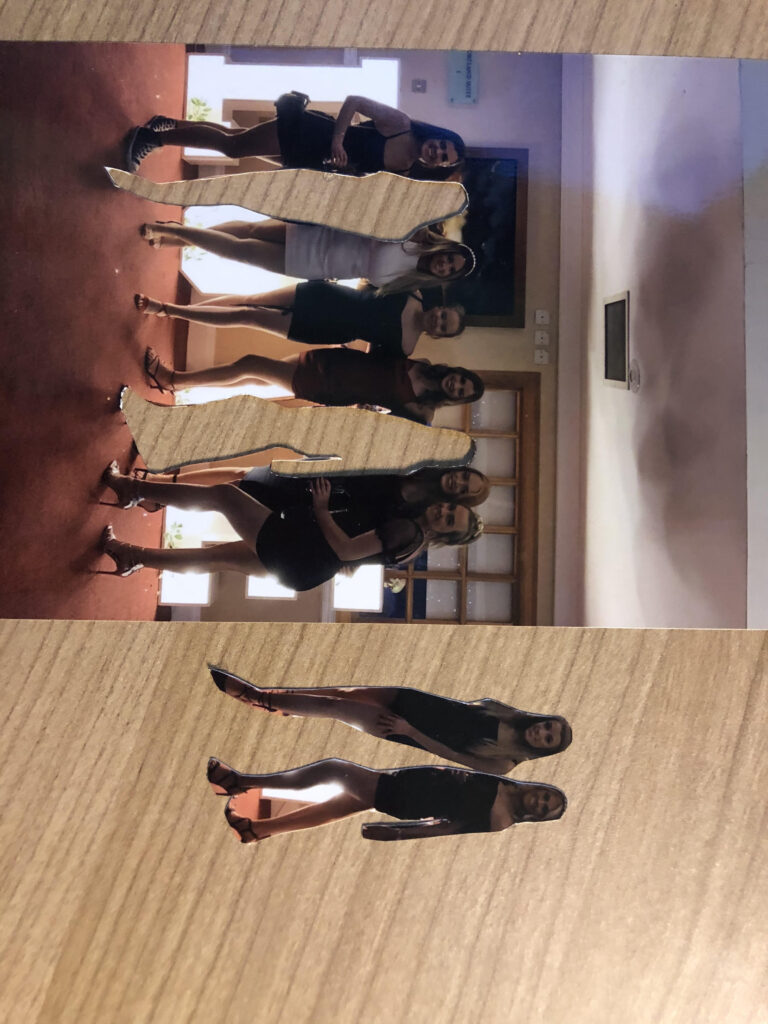 For my short film I focused on the idea of memory, from the research that I found memory was a key theme that kept coming up when looking at what it means to be human. From the day you are born you develop a memory some things you remember for a long period of time and other things are short term. When thinking about these two things- being human and memory- I began to think about the physical side of memory as humans leave behind a trace of their existence from such simple things. With this in mind I began to look at aspects where you can tell that there is clear evidence of recent human activity and how by changing something slightly the knowledge of that human being in that place is gone, with thinking about these key things I wanted to show this within my film showing a contrast of a space that it is clear that there is a memory of someone being there and comparing it to the same space where it is not clear. Being human you can both leave behind the memory of yourself being in a certain place but can also erase the memory of someone else being there.

Destruction of a Human