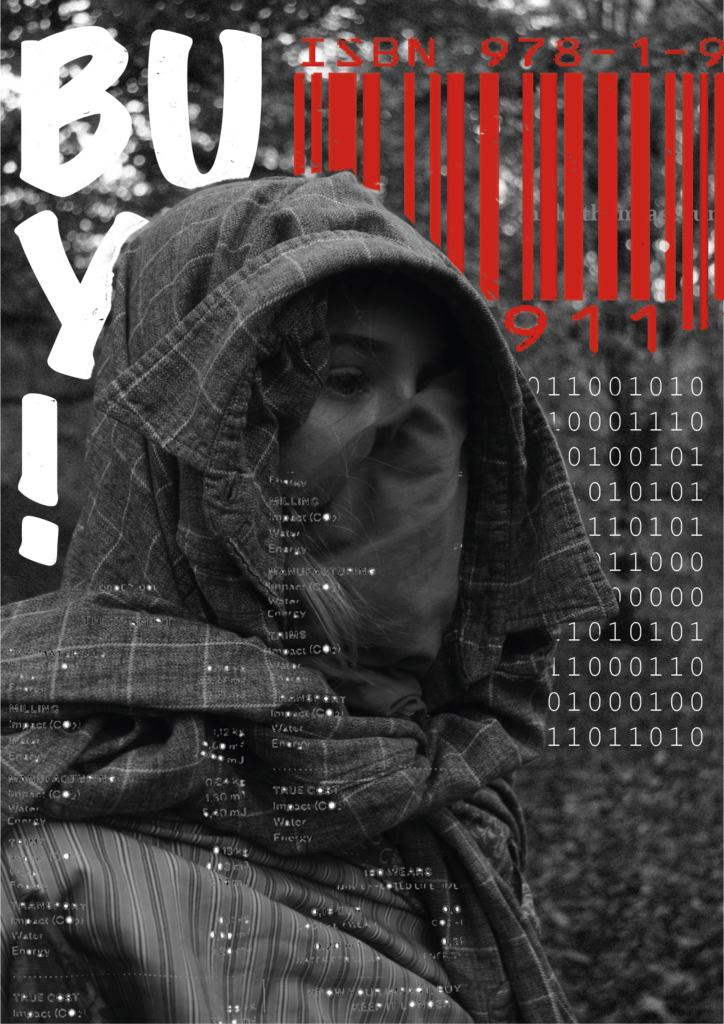 The biggest forces effecting the natural world are those who inhabit it, the choices we make and how we go about making them have only recently shown to have drastic, catastrophic effects on what we deemed to be our beloved home. However, the blame seems to be continuously shoved down the throats of the single man or woman instead of the larger forces behind the woodwork. Do we really have free choice under our current capitalist regime? The addiction to consume and purchase has been enforced unto us for the duration of our lives, once something becomes the norm it is often impossible to view it as immoral or unethical yet recently we have began to second think ourselves. I have decided to research the effects of consumerism on the natural world as well as the individual themselves in a series of political propaganda posters – utilising discarded clothes to create literal imagery on the results of society’s materialism.