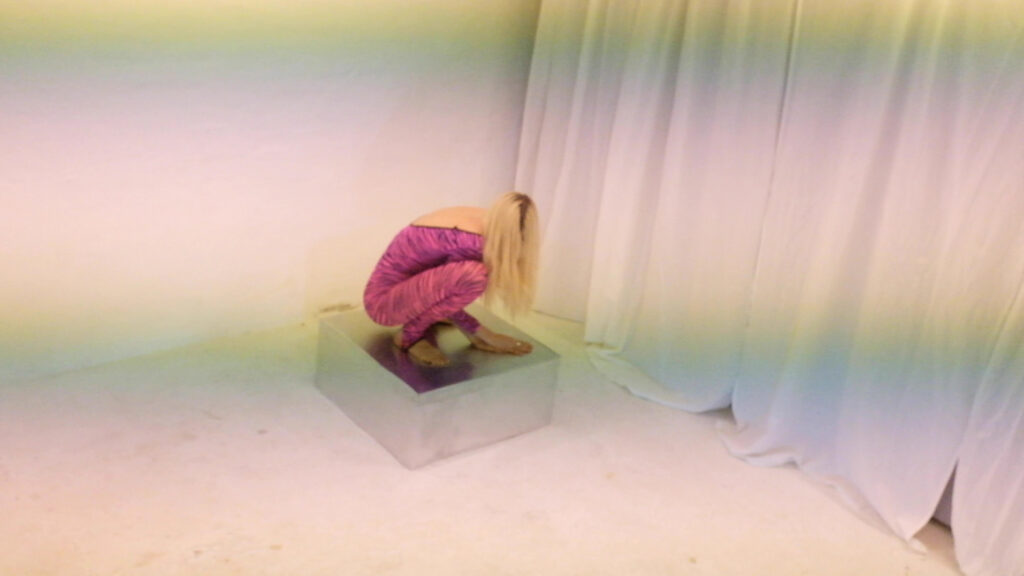 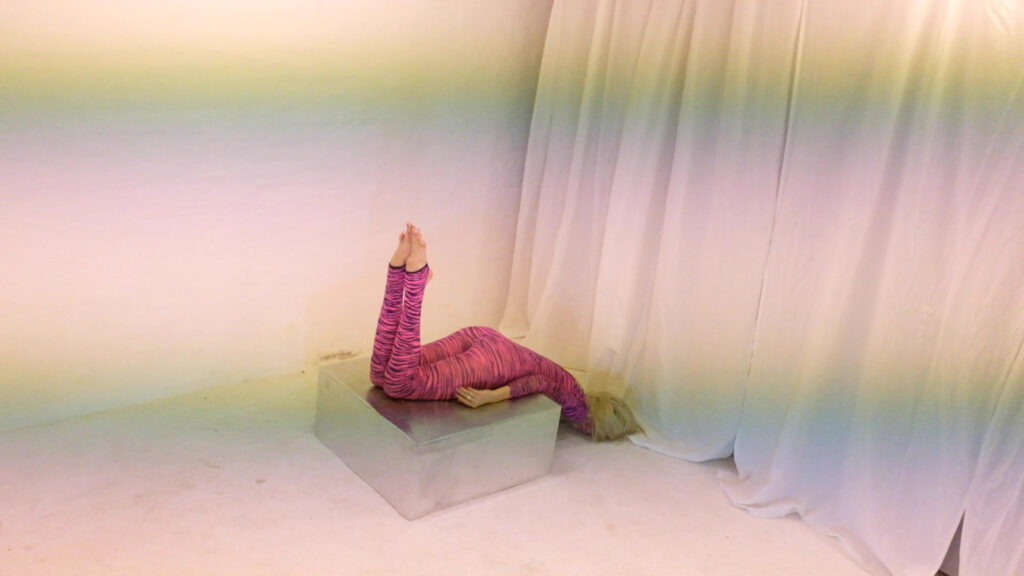 Through my research in the archive I was interested in the video “Faces” and how it discusses the different personas we adopt as humans. The video inspired me to think of the human body as something transformative, interchangeable and performative. Wearing a mask or adopting a character is also about appearance, how you see yourself and how you are being seen by the public. Hannah Arendt discuss in “The Human Condition” the private and the public appearance as two separate realities we exist in as humans. That inspired me to think that public appearance can be some kind of a performative act. It also inspired me to explore the idea of the post human, where the body acts animalistic and mechanical. From watching the lecture “Being (post-) human: gender and race in music and art” I was inspired by how icons as Grace Jones and Madonna in their music videos put on and take off different personas as if it was clothes. And the thought that identity is based on fabricating and playing with external images to ourselves. In my work I want to explore the body as an animalistic and mechanic character, costumes as an extra layer of skin, like a mask, and the public room as a scene with a person observing a performer.