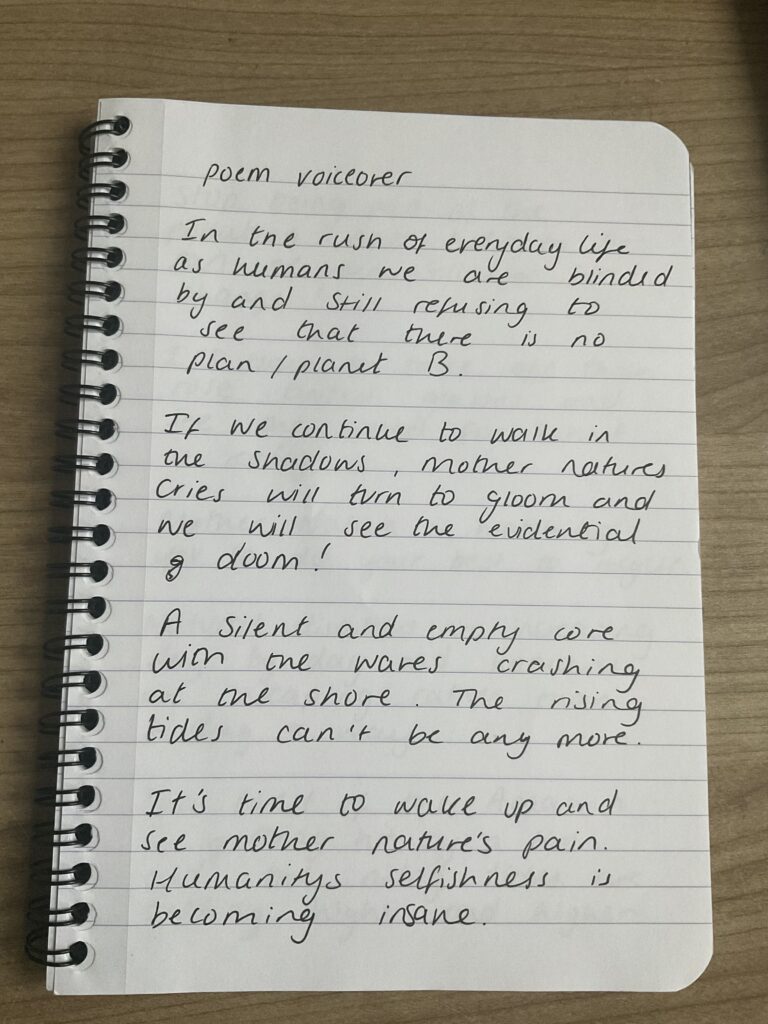 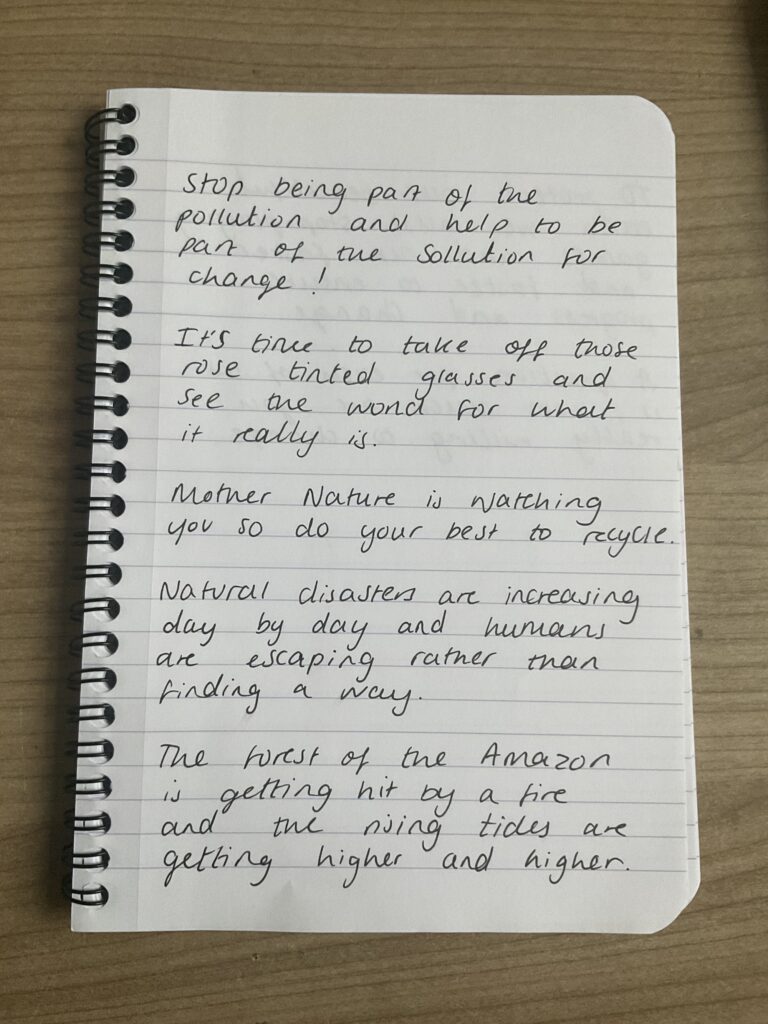 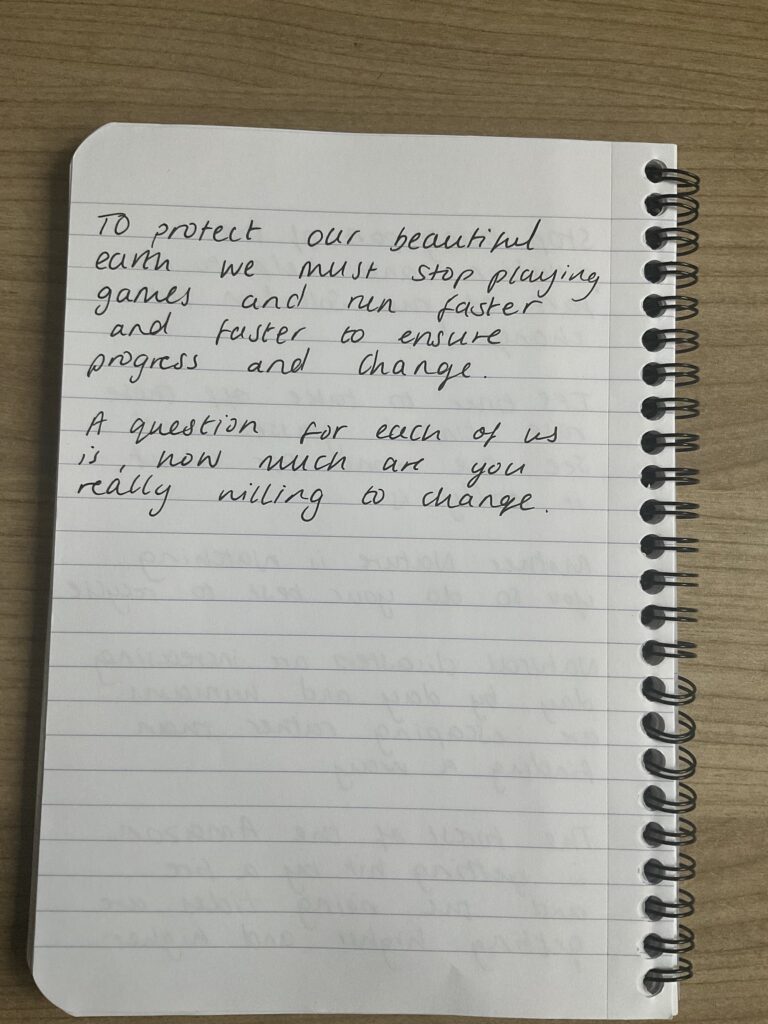 In response to the project brief I firstly looked at the concept of the Anthropocene which is the idea that we a have entered a new epoch defined by humans’ impact on the Earth’s ecosystems.

I then researched and defined ‘being human’ and what the impact of ‘being human’ is on the environment during this period of the Anthropocene. ‘Being human’ in my film means ‘freewill’ and the freedom to exercise our rights and communicate our beliefs. I have portrayed this with clips of protesting during the COP26 climate summit. However, I also wanted to communicate that humans have selfish tendencies too which impact the environment. I took influence from Richard Dawkins who in his book The Selfish Gene, states ‘Let us try to teach generosity and altruism, because we are all born selfish.’Human greed and selfishness are root causes of the climate crisis. I touched on this in my voiceover poem stating, ‘humanity’s selfishness is becoming insane.’ Ghandi also stated that ‘The Earth provides enough to satisfy every man’s need but not every man’s greed.’

Feel it (Being human)