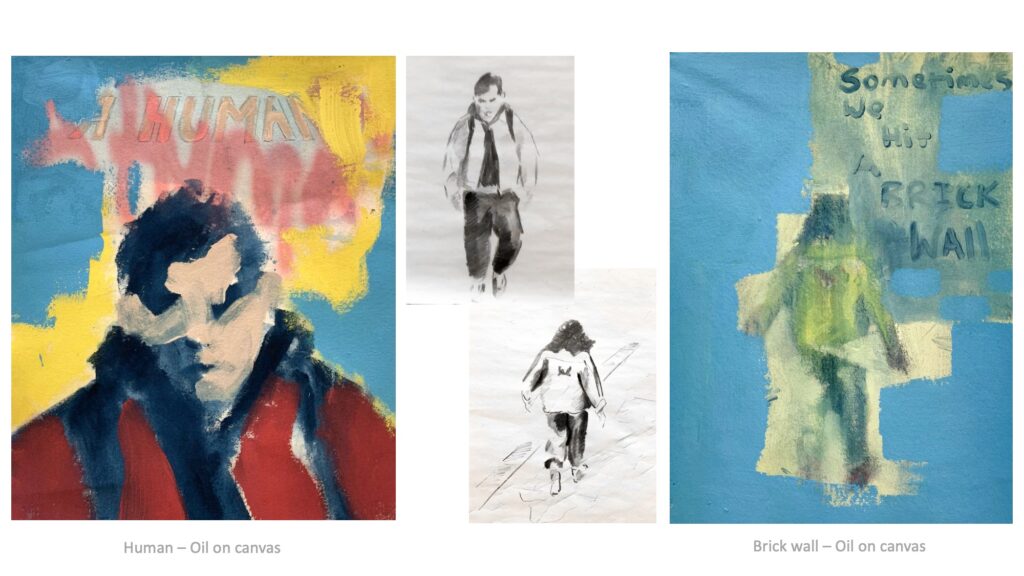 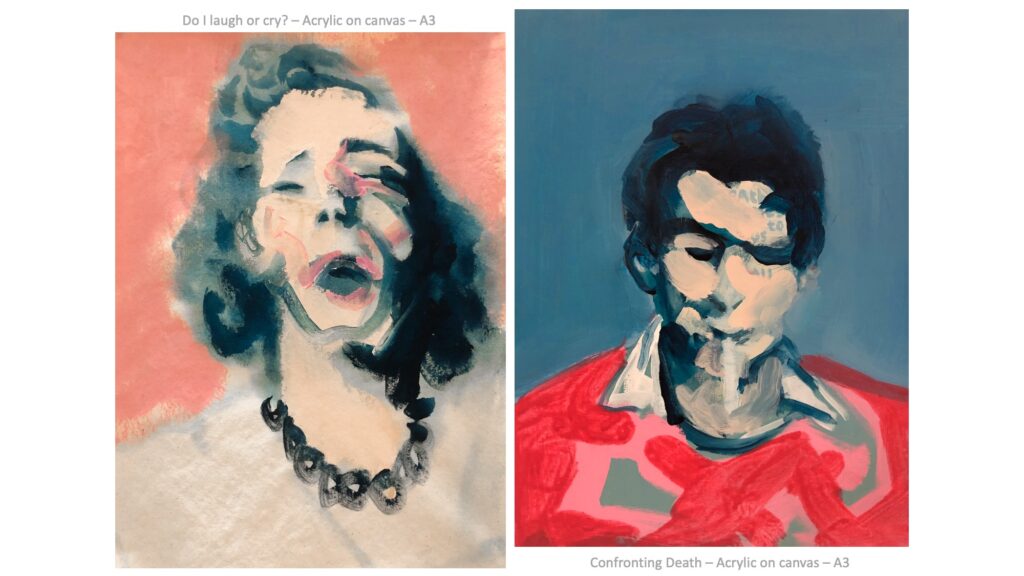 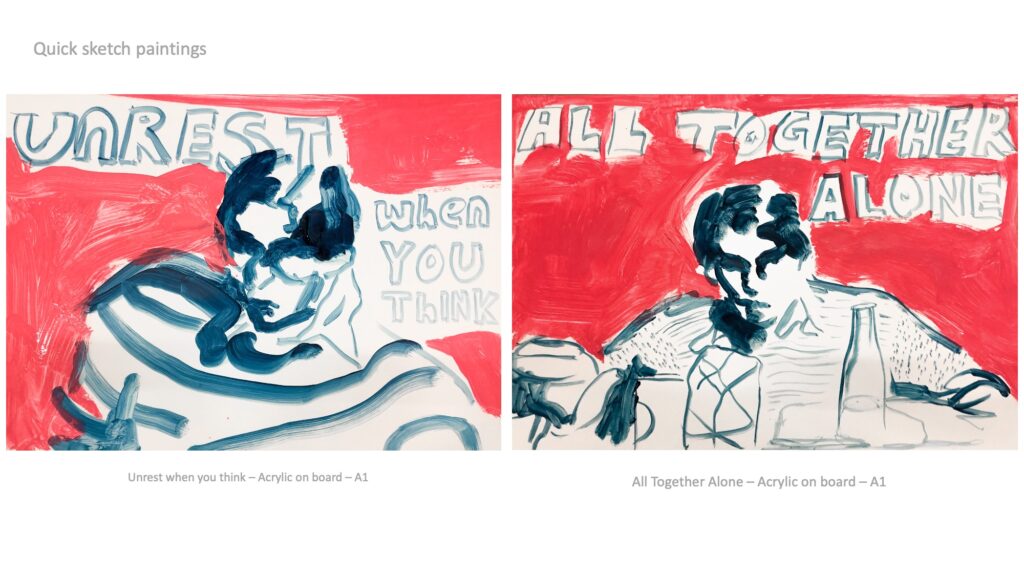 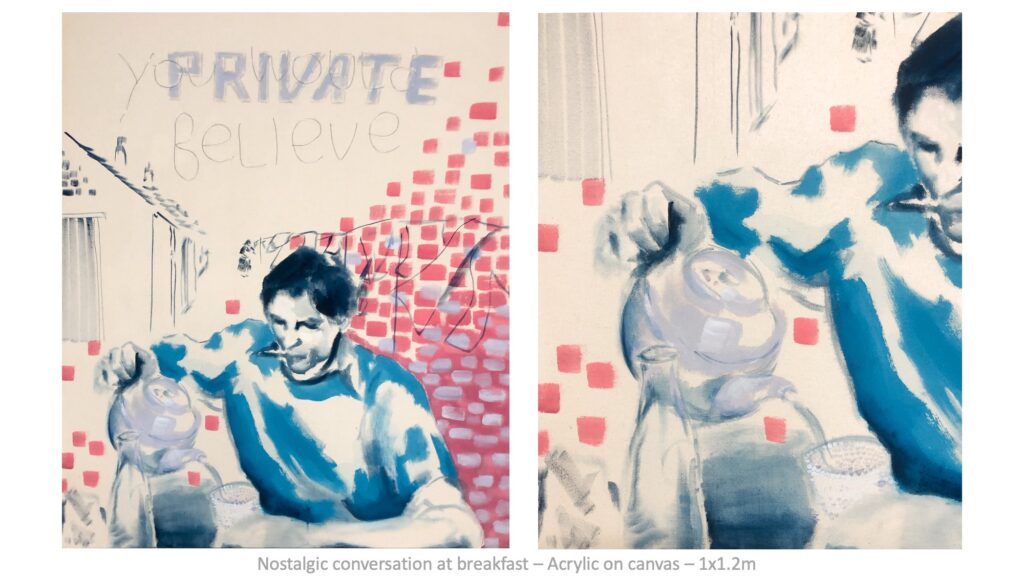 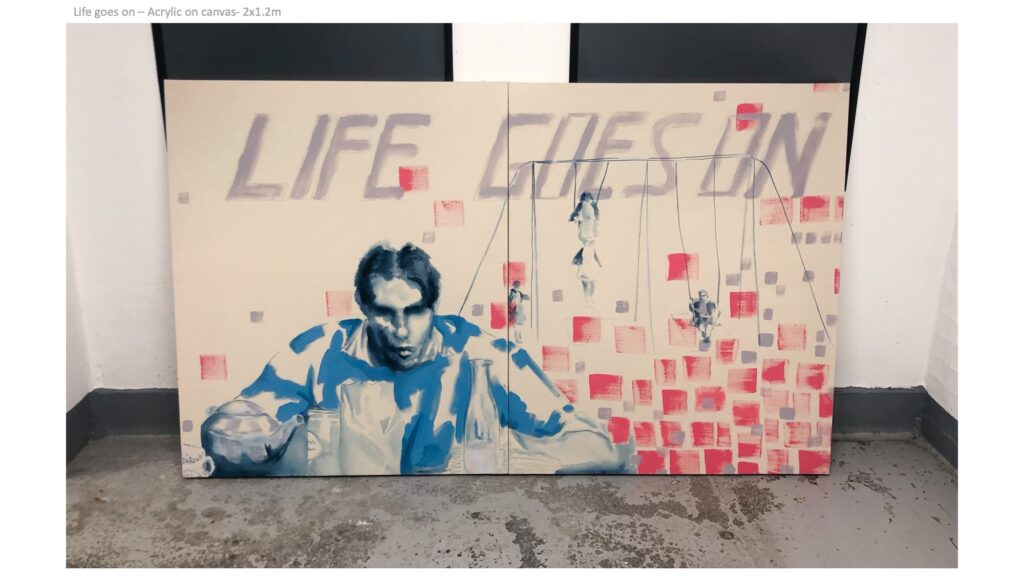 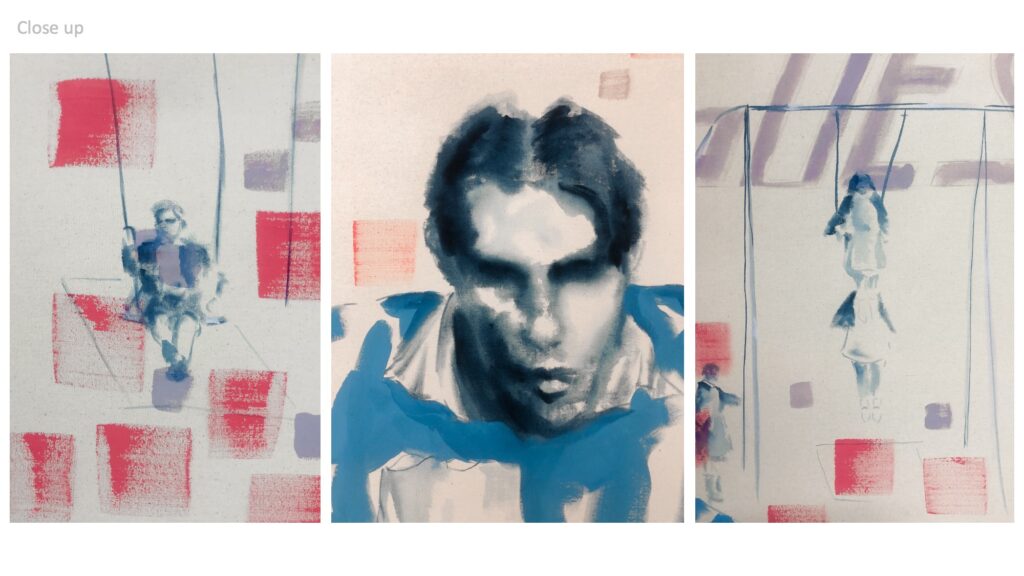 There is not one definitive thing that makes us all human but a combination of traits and emotions. I analysed emotions conveyed through body language, the human face and mundane human experiences such as having breakfast and recalling nostalgic thoughts. I represented these experiences from a working-class perspective as this is also the perspective that was shown through “Chick’s day” the short film my work is inspired by on the SLN moving image archives. The short film portrays Chick, a young man with a conflicting relationship with his mother ending in her chucking him out; this leads to him committing a robbery alongside his friend, which ends tragically. I was less inspired by the narrative and more so by the imagery. I captured several stills from the film and extracted the emotions and movements of the characters; this allowed me to alter the meanings of these images into something new. To do this I compiled multiple images into one painting representing a new atmosphere. I also made use of a textual component in the work. The text in the paintings is inspired by “The Human Condition” by Hannah Arendt, where I used ideas to juxtapose the imagery in the paintings such as writing the word “private” in bold in a public setting or even referencing this text to the paintings  where I portray working class people against a text not accessible to them. Lastly these paintings are painted on unprimed  surfaces representing the fragility of being human as I only get one chance to make a mark on this type of surface before it is embellished forever – much the same way we go through life and make decisions altering the path of our life with no back button the same as in the paintings.