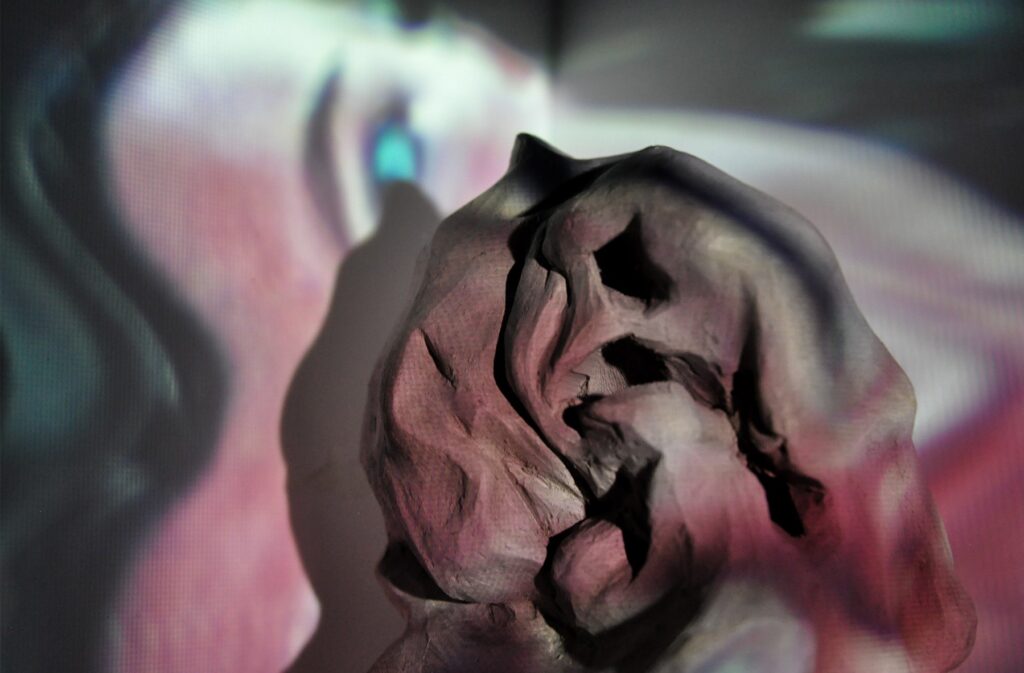 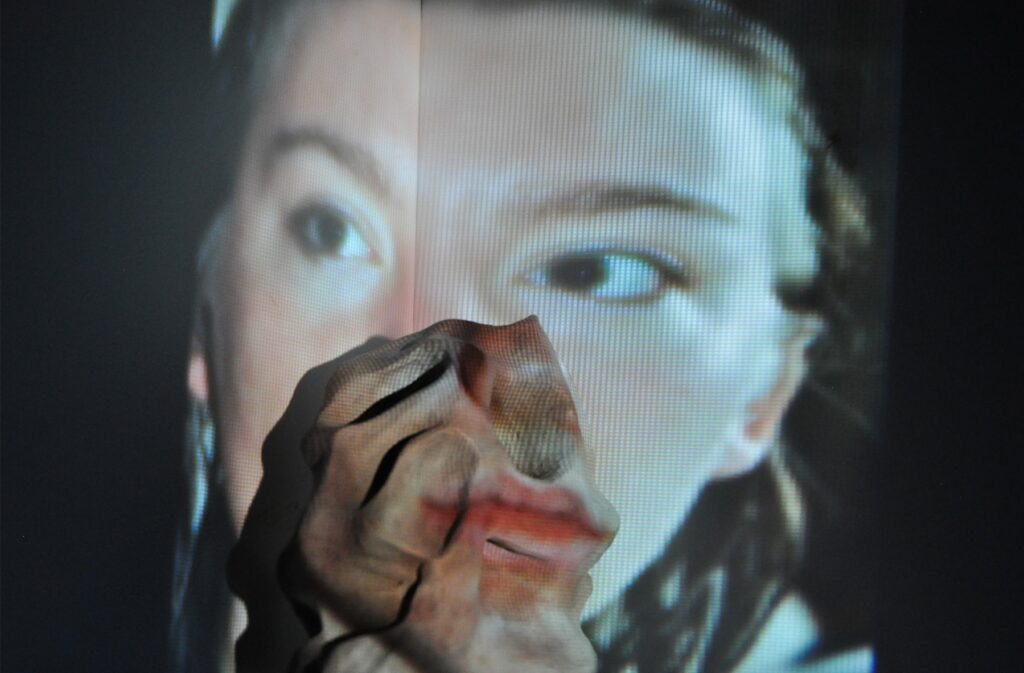 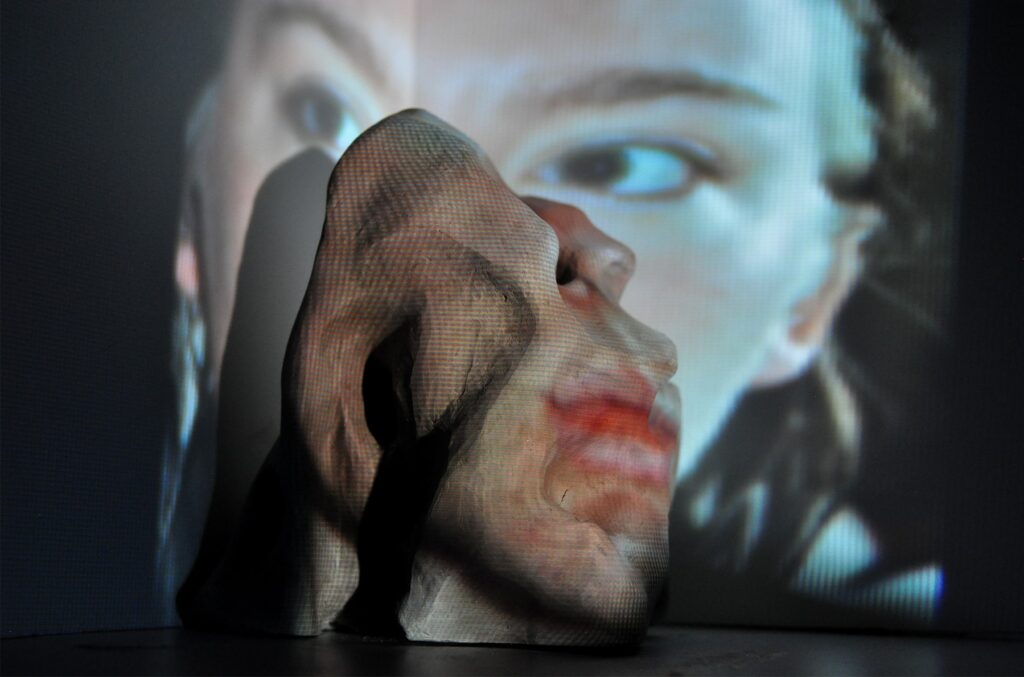 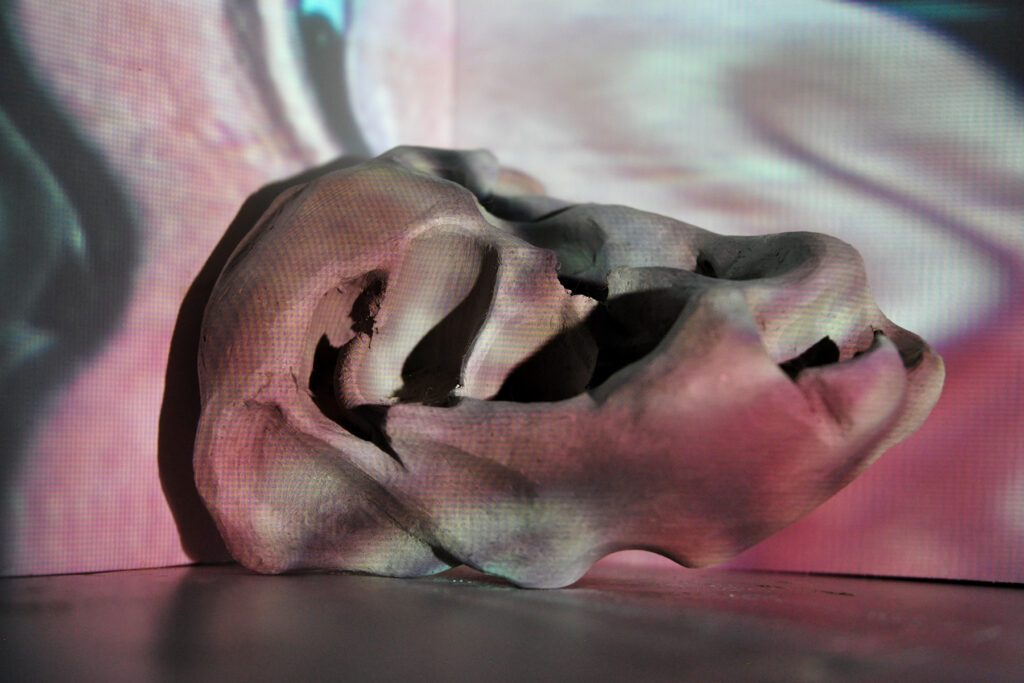 The phrase ‘being human’ is complex. For me, it is less about what physically differs us from other species and more about our minds: how we think and see ourselves. So, with the brief I wanted to explore the idea of self-image, and how by constantly analysing our face and body, through mediums such as screens, we create a distorted version of ourselves. One where we no longer recognize it as human, and instead as an image or object. A disconnect between the two versions of self, the physical representation of the self (the outer self) and the inner self, is formed.

In the studio,  I made a collection of clay faces and bodies then disfigured them by pulling them apart and recombining them, creating these organic-looking forms. I also made a series of photos of myself and used a scanner to warp them, which produced these very fluid looking images where the face is distorted and dehumanised.

The images posted here show the combination of these two bodies of work. I placed some of the images from the photo series onto the clay forms using a projector. Overall, I think the work acts as a physical manifestation of this idea of a distorted self-image.