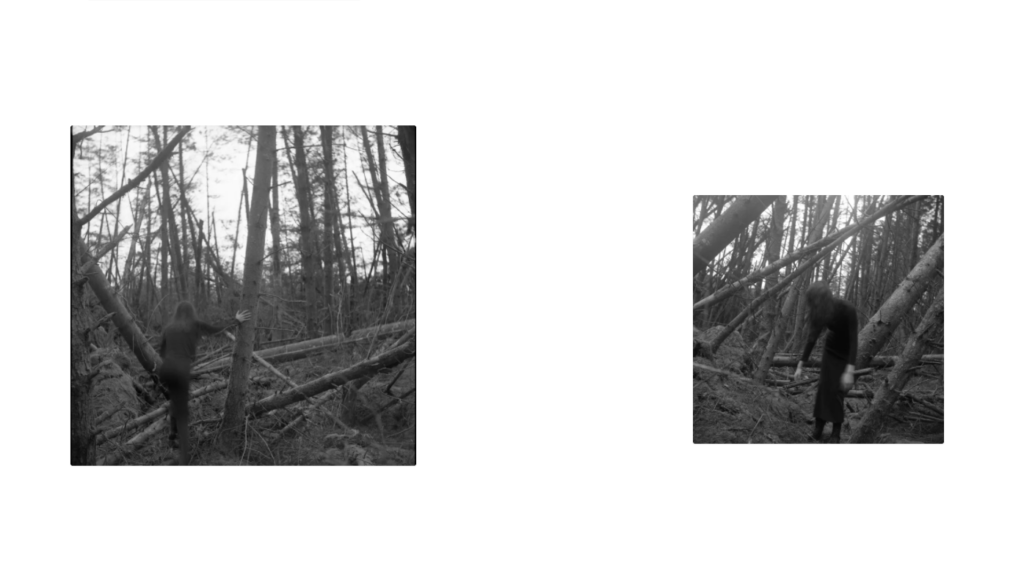 In response to the brief of “Being Human” I wanted to look at a topic that is universal to the condition of all human beings. The universal horror of being-in-the-world and the longing, disorder and emptiness that ensues from this awareness. As humans we must endure the turmoil that follows from trying to understand the purpose of our own personal existence and that the battle to retain our sense of self and meaning in life is a constant evolutionary process. To quote Hannah Arendt,

“It is highly unlikely that we, who can know, determine, and define the natural essences of all things surrounding us, which we are not, should ever be able to do the same for ourselves–this would be like jumping over our own shadows.”

In exploring this concept, I was inspired by documentaries in the moving image archives that focused on locations and environments throughout the Scottish wilderness. I was inspired by the historical documentaries that explored communities from the past, in their struggle and resiliency to exist in defiance of the lands tempest and impoverishment.

In reconciling the relationship between the environment and the psychological struggle of human existence. The edges of one’s existence taking physical form. To not want to be a self, to become despair, to rid oneself of the responsibility of being a self. A truth within an individual. Barren inner mode of being.